No sooner had the story been published, the Washington Post retracted the part about Russian hackers penetrating the electricity grid with a virus that was found in a laptop of an electric company in Burlington.

The (1) retracted version of the Washington Post’s story includes an editor’s note placed under the title, which reads:

“An earlier version of this story incorrectly said that Russian hackers had penetrated the U.S. electric grid. Authorities say there is no indication of that so far. The computer at Burlington electric that was hacked is not attached to the grid.”

The story talks of how a malware code linked to the Russian hacking operation known as “Grizzly Steppe” has been detected within the computer system of a utility in Vermont. The authors of the story admit that while Russian hackers did not actively use the code to disrupt operations, officials say the findings reveal the vulnerability of the US electrical grid, stating:

“It raises fears in the U.S. government that Russian hackers are actively trying to penetrate the grid to carry out potential attacks.”

After detecting the “Grizzly Steppe” malware code in the system, Burlington Electric said it isolated the affected laptop immediately and alerted the authorities.

The article goes on to refer to “rampant Russian hacking” and how American officials are unsure why Russia may be attempting to disrupt U.S utilities. One suggestion made is that Russia may be testing to see whether they could penetrate a part of the grid.

Russian hacks have been a (2) dominant story in the headlines in recent months, in the wake of revelations that hackers from Russia revealed there had been collusion between the DNC and Hillary Clinton before Democratic primaries.

The Washington Post’s retracted story mentions how Donald Trump has questioned the veracity of U.S intelligence blaming Russia for hacks in the run up to the presidential election. The story also notes how the president-elect speaks highly of Putin, in spite of the suggestion that Russia hacking is approved from the highest sources in the Kremlin. 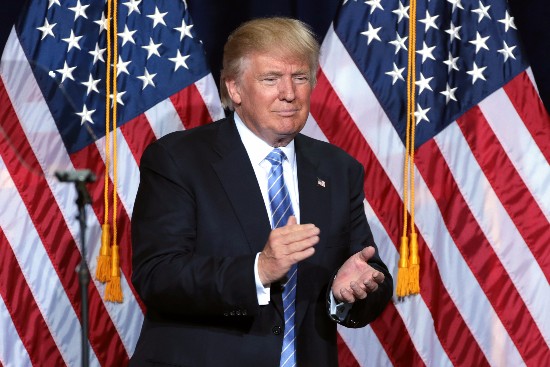 Another dominant topic in the news recently is the (3) notion of “fake news” and the Washington Post’s retracted story could be seen as another example of “fake news”. Fake news in this case being bogus news stories created by the media, designed predominantly to sway public opinion.

The fact that the Washington Post had to retract its comments in an article that Russia had penetrated the U.S’s national electricity grid, when in reality authorities said there is no indication that this had happened, so far, suggests the newspaper was backtracking unsubstantiated comments.

Could the Washington Post have been deliberately trying to stir up controversy and trouble by making the story more controversial than it already is by publishing this fake news?

One Washington Post reader was obviously dismayed by the fact the media outlet had retracted its original story. The disgruntled reader wrote in the comment section below the article:

“I’m so sickened by this article. I expect Trump to lie to me and politicians too. But when a national newspaper blatantly lies like this, there’s really no institution you can trust to give the public the truth.”

What are your thoughts about this situation? When credible, professional and quality news outlets like the Washington Post have to retract stories like this, do they have the right to make the claim that others are publishing fake news?