World War 3 Was Going to Happen on December 24th 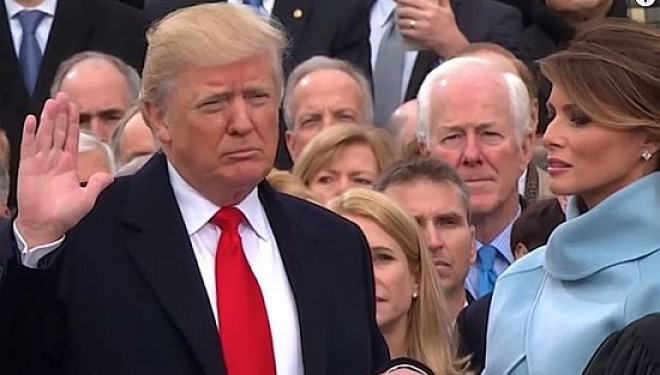 SallyPainter view more articles
Facebook 0 Twitter 0 Pinterest 0 Google 0 LinkedIn 0
The prediction of World War III isn’t new. There have been many. In fact, many people believe WWIII began on 9/11/01, but it’s nothing like the previous World Wars. And, then there were the numerous Internet whispers that the starting date of WWIII would be 12/24/16.

One discussion can be found on Reddit with statements that a sign of the war’s beginning is supposedly a false flag that claims Russia has attacked America. This so-called prophecy further states that America will lose WWIII (1).

There are other rumors posted that claim the Queen of England and the Pope both stated in their 2015 Christmas messages that year 2015 would be the last Christmas, yet there is no proof of such proclamations. Queen Elizabeth’s Christmas message is available on YouTube and various website publications and nowhere within the speech does she make such a statement (2).

President Obama has claimed he would take action against Russia for the DNC hacks that the Democrats claim caused Hillary Clinton to lose the election (3). This claim about Russia being responsible for the hacks was first backed by the CIA, but stories of an internal battle within the agency sent red flags up. The FBI contradicted the claim, stating there was no evidence, then miraculously, both agencies were in agreement that Russia was the culprit (4).

All of this has been claimed as truth without any supporting evidence presented to the American people. It flies in the face of what WikiLeaks Julian Assange told Sean Hannity during a phone interview – that Russia was not responsible. In fact, Assange stated WikiLeaks was also provided emails from the RNC (3 pages) and Trump, but the information had already been made public from somewhere else. He made it very clear that the hacking did not come from Russia, yet the Obama Administration has proclaimed retaliation against Russia (5).

Many online comments and websites have expressed their fears that President Obama’s parting gift to America will be WWIII with Russia, timed to interfere with the inauguration of President-Elect Trump. This never came to pass. Conspiracy theorists were buzzing on the Internet, posting comments and uploading all types of YouTube evaluations and speculations about these and other events that will thrust the US into war against a Chinese and Russian united front. They claim Obama will declare martial law and democracy as we know it will be over.

Others discuss the warning that then Presidential Candidate Donald Trump gave about Hillary Clinton’s foreign policy. The BBC reported part of his warning, “You’re going to end up in World War Three over Syria if we listen to Hillary Clinton.” (6)

It didn’t take long for people to start connecting various dots of a possible agenda for starting WWIII, pointing to the way the Obama Administration had empowered and set-up Iran as a world threat through releasing $1.7 billion to the regime nation (7). Another connected dot revolves around the allegations of quid pro quo with the Clinton Foundation, then Secretary Hillary Clinton and a deal that gave 20% of America’s uranium to Russia (8).

On December 16, 2016, TruNews’ Rick Wiles discussed with Steve Quayle how China’s bond market crashed and other financial movements that Quayle felt needed to be watched. The lack of evidence that points to Russia being responsible for hacking the DNC was also discussed and the possibility of a plan to throw the US into WWIII with Russia before the 2017 inauguration. During the radio show, Rick Wiles shared that he and his family had many dreams about war during Christmastime (9).

It’s easy to see how December 24, 2016 became a predicted start date for WWIII. Many other online articles and posts as well as Internet radio shows have created greater discussions on the possibility of WWIII during the Christmas holiday season.

As the clock ticked down and time ran out for the WWIII agenda to be implemented on December 24, 2016, the doomsday discussions continued to heighten.

There have been numerous failed prophecies about WWIII ever since the end of WWII. A more recent one was given in 2015. A Peruvian lawyer turned minister, Pastor Salazar came out with dire predictions for 2016 that ends with the beginning of WWIII. Living in Japan, Pastor Salazar’s dream is to create the largest Christian church in the entire world (10).

He claims that in 2014, he was contacted by unnamed people announcing he was God’s chosen channel to relay to the world coming event. He says he received premonitions in visions, dreams and disembodied voices.

Some of his predictions included:

The litany of events to follow include the eruption of Yellowstone and other events that didn’t happen. These were to be followed by WWIII breaking out on June 16, 2016, pitting the US against Russia and China. Again, this was a failed prophecy.

Hoaxes and Lies on the Internet

There are more hoaxes and fake stories on the Internet, especially on YouTube, than there are true stories. It makes discerning the truth more difficult, although some stories are very easy to label as false or hoaxes. Whether or not the December 24, 2016 prophecy was true became quite clear on Christmas Eve. We’re all still here, with no World War in sight.