Why Donald Trump’s Belief in Conspiracy Theories is Troubling 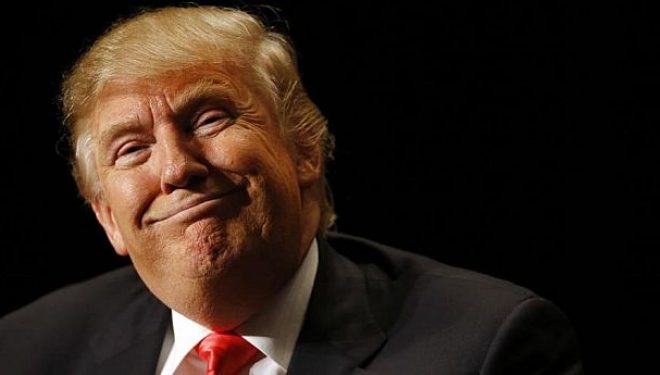 GabriellePickard view more articles
Facebook 0 Twitter 0 Pinterest 0 Google 0 LinkedIn 0
As trust in the establishment declines, belief in conspiracy theories is experiencing an upsurge. After riding a conspiracy theory wave all the way to the White House, Donald Trump is at the heart of the conspiracy theory epoch we are now entrenched in.

From being the “chosen one” to “usher in Armageddon”, to discrediting Hillary Clinton as a criminal, the swathes of conspiracy theories Trump has been involved in and associated with during the presidential election were often so absurd and far-fetched they could be (1) viewed with amusement.

Trump is certainly no stranger to whipping up controversy and public outcry using conspiracy theories. The (2) Right Wing Watch maps out 58 examples of Trump feeding misinformation and conspiracy into the public realm.

One example is that Trump falsely claimed that the former US president, Barack Obama spent millions of dollars to keep his actual birthplace a secret. According to Right Wing Watch, Trump wrongly suggested that Obama’s grandmother had confessed to witnessing her grandson’s birth in Kenya, which, if true, would mean that Obama would not have been eligible to run for president.

In short, intelligence agencies use conspiracy theories and misinformation to misguide other countries – both citizens and officials. The fact that Trump so easily jumps to conclusions and accepts information without all the facts on a number of issues, implies that he might buy into the misinformation produced by foreign governments, which is a terrifying thought.

Psychologists from the University of Kent in the UK carried out an in-depth research on conspiracy beliefs. The study involved participants completing surveys on conspiracy beliefs and asking how strongly they believed in certain conspiracies, such as whether governments carry out acts of terrorism in their own country. The participants were also asked to complete a questionnaire related to narcissi. The study’s findings showed those who rated highly on the narcissism scale were also stronger believers in conspiracy theories.

Speaking to the (3) Mail Online, Dr Cichocka, lead author of the study, said:

“Narcissists think that they are better than other people. At the same time, they are convinced that others are constantly trying to undermine them.”
“This fosters paranoia and a conviction that others might conspire against them.”

In relation to Trump and his presidency, this tendency for those attracted to conspiracies and with narcistic traits to believe that other might be trying to undermine them, could be worrying. Not only might Trump, the so-called “King of conspiracy theories”, be easily duped by other nations and intelligence agencies deliberately feeding misinformation into the United States for their own political gain, but the paranoid behavior related to narcissistic conspiracy theories, could result in the United States becoming doubtful and dubious of an ally’s real motives, erroneously mistaking them as “the enemy”.

The Salon reports about the comeback of deep paranoia as being dangerous and the pervasive effect of conspiracy theory. The article quotes Stephan Lewabdkiwsk, a cognitive scientist, speaking of the power of conspiracy when in powerful hands.

“Many authoritarian regimes throughout history are based on conspiracy theories – the prime example being the anti-Semitism of the Nazis which was an essential part of their ideology,” said Lewandowsky.

“I do not believe that a democracy can function for long when its leaders are steeped in conspiratorial thought that is disconnected from reality.”

What are your thoughts on President’s Trumps likening for conspiracies? Comical and non-concerning or another Trump trait to be worried about?