Why George Washington Believed the British Were Using Bioterrorism 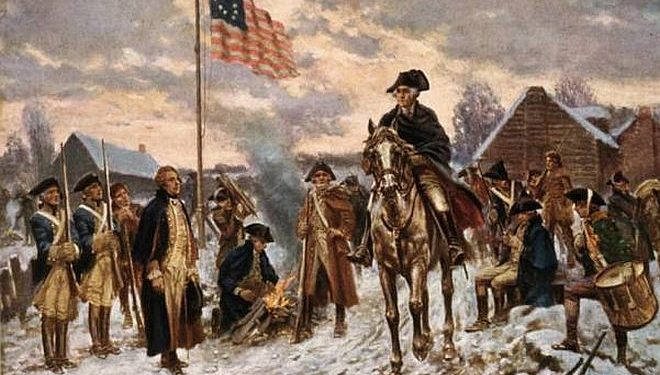 SallyPainter view more articles
Facebook 0 Twitter 0 Pinterest 0 Google 0 LinkedIn 0
In Contemporary America, terrorism is a common household word. It’s being reported on news channels almost 24/7. The threat of bioterrorism is an ever-prevalent fear (1). Few Americans know that George Washington believed his troops were being targeted by British Troops with a biological weapon.

The letter gives a report on the current conditions of the troops, troop movement and many other details relating to current status of the American Revolutionary War. It isn’t until the very end of the letter that Washington mentions a bioweapon he believes the British are deploying in America.

A copy of the original letter in Gen Washington’s handwriting can be seen on The National Archives website. It was part of the 2008 Traveling Exhibit titled Eyewitness that was showcased in museums around the country (2).

The last part of Gen Washington’s letter appears below as he wrote it:

“By recent information from Boston, Genl Howe is goeing to Send out a number of the Inhabitants in order it is thought to make more room for his expected reinforcements, there is one part of the information that I can hardly give credit to, a sailor says that a number of these comeing out have been innoculated, with design of spreading the smallpox thro’ this Country & Camp. I have communicated this to the General Court & recommended their attention thereto.”

Did the British use smallpox as bioweapon against the rebelling Colonists? During the American Revolution, there was indeed a smallpox epidemic that swept North America. Between 1775 and 1782, 130,000 people on the continent died of smallpox.

Washington’s letter of 1775 seems to have been a justified warning as American troops began to succumb to the vicious disease. Washington quarantined any soldier displaying any smallpox symptoms in a hospital dedicated to smallpox patients.

Gen Washington had survived smallpox when he was 19. According to George Washington’s Mount Vernon organization’s Research Historian, Mary V. Thompson of Mount Vernon Estate and Gardens, Washington contracted smallpox during the one and only time he left America (3).

Thompson writes that in November 1751, Washington traveled to Barbados and contracted smallpox. He fought the disease for almost a month, but escaped death.

According to Thompson, in the fall of 1775, a widespread outbreak of smallpox occurred in British occupied Boston. As a preventative measure, people fleeing the city were banned from getting near the American camp. The epidemic spread among British and Americans.

When the British troops left Boston in March 1776, Washington occupied the city with only soldiers immune to smallpox. According to Thompson, 1,000 American troops moved into the city under Washington’s effort to prevent the disease from spreading any further. However, in the summer of 1776, there was another outbreak in Boston as well as one in Philadelphia.

By 1778, the epidemic had spread south. Texas was struck hard and the outbreaks were especially severe in New Orleans, attributed to the city being densely populated. The epidemic spread across the Great Plains and reached all the way to the west coast. Smallpox traveled north and south, reaching both Alaska and Mexico. The disease ravaged the Pacific West Native Americans. Among the dead is an estimated 11,000 Native Americans in the present day state of Washington (4).

Thompson recounts that even though “Washington believed wholeheartedly in the efficacy of inoculation, in May of 1776 he ordered that no one in his army be inoculated; violations of this order would result in severe punishment.”

Thompson explains that this was a strategic consideration since Washington needed every able-bodied man in case the British attempted to reclaim Boston. However, she writes that Washington eventually ordered all new recruits be inoculated with smallpox at the time they enlisted.

While it was never proved that the smallpox epidemic was the result of British bioterrorism, the warning Washington sent to Congress in his letter seems to point to the use of a smallpox bioweapon. What do you think?