These Weather Patterns Are Often Mistaken for UFOs

Mark Whittington view more articles
Facebook 0 Twitter 0 Pinterest 0 Google 0 LinkedIn 0
Since time immemorial people have been looking up at the sky and have been seeing things they cannot explain. Since the end of World War II, a lot of unidentified flying objects have been taken to be spacecraft.

Most UFOs have been determined to be unidentified aircraft (planes, balloons, drones, and even missile tests), celestial phenomenon ranging from meteors(1) to the planet Venus, flocks of birds, and unfamiliar weather patterns. Only a few UFO sightings remain unexplained for very long.

Weather phenomena being mistaken for UFOs are of particular interest. They come in many forms, according to Live Science(2), including:

Strange cloud formations, which can happen when either sunlight hits a cloud in just the right way just as it is being disturbed by the wind or a nearby plane. A rarer occurrence happens with:

“cirrus or cirrostratus clouds, which are often composed of ice crystals and super-cooled droplets of water that is below freezing temperature, but still in liquid form. The physical properties that hold these clouds together are delicate, and when disturbed by a jet plane, wind or even cloud seeding efforts, the droplets can freeze instantly or evaporate, the latter of which will form the hole.”

The latter is called a “hole-punch cloud.”

The New York Post(3) recently related an incident in Sweden when a huge object was seen hovering over ski resorts in Åre and Duved in central Sweden. The object turned out to be a lenticular cloud that looks a lot like a flying saucer and is often seen over mountainous regions.

Mothership clouds, according to Accuweather(4), can appear to be huge spacecraft but are actually a thunderstorm formation that takes on a saucer-like shape just before it drops torrential rain and hail.

The other weather phenomena most taken to be a UFO are caused by lightning. Under certain conditions, when lightning strikes an electrically charged area above clouds during a thunderstorm it creates something called lightning sprites, dancing flashes of light that could be taken for UFOs. These lighting occurrences are also known as elves and jets. 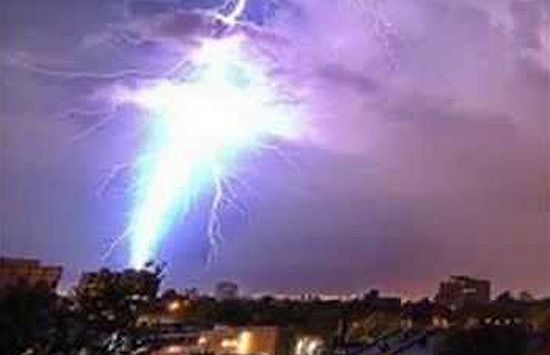 Ball lightning (5) is often taken to be a UFO. Stories of these floating, glowing spheres of light and electricity have been reported since ancient times. Scientists are uncertain what causes ball lightning, but the most likely explanation is that it consists of a cloud of silicon vapor that is created when lightning strikes the ground. The silicon particles have been given an electric charge, are attracted together, and create a glowing ball when combined with oxygen. Some scientists speculate that iron and aluminum can cause the same effect.

Russian scientists believe that a recent UFO incident(6) that caused panic in a remote part of Siberia was the result of ball lightning. The object moved over a field before changing course toward the city of Novosibirsk, Siberia’s largest city, where it vanished in some trees. The object eventually burned itself out.

Atmospheric reflection can also cause bright lights that can be taken to be UFOs, Street lights or the sun can reflect off of clouds or fog, creating what would appear to be an object in the sky.

Finally, St Elmo’s Fire (7) has been seen by sailors and more recently airline pilots for centuries.

St. Elmo’s Fire is neither fire nor is it ball lightning, which it is often mistaken for. It consists of plasma, air molecules that have been ionized by electricity, usually during a thunderstorm.

The phenomenon appears to be blue flames hovering near a ship or aircraft. Sailors took St. Elmo’s Fire to be a good omen and took comfort in seeing it.

Have you ever seen unusual weather phenomenon that you couldn’t explain? Share some of your experiences in the comments section below! 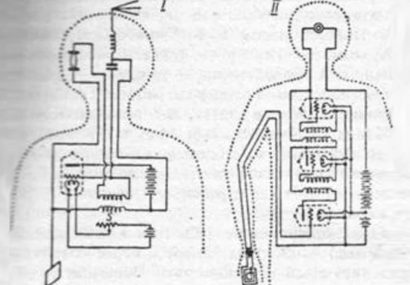 In February of 1993, the FBI went head-to-head with a religious cult in Waco known as the Branch Davidians.The Waco miniseries offered on Netflix provides one of the most [...]