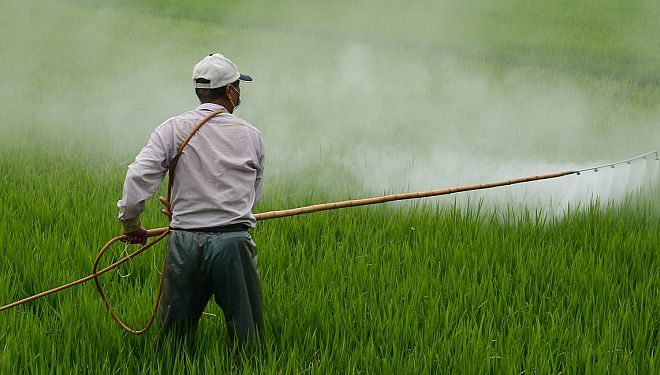 The latest accusation of Monsanto corruption comes in the form of a federal court case in San Francisco. The plaintiff maintains that Monsanto undertook a campaign named, “Let Nothing Go” to undermine “social media chatter” about the company’s centerpiece product, Roundup being a carcinogen.

According to Leak of Nations, the plaintiff accuses Monsanto of hiring “an army of shills” to counter all social media negative posts about the company and its product.

In addition, the case… “challenges Monsanto’s corrupt relationship with members of the Environmental Protection Agency (EPA)”. The allegations don’t stop there, the case also charges that Monsanto used the EPA to “manipulate scientific publications and crack down on online dissent.” (1)

These hefty charges just further damage the corporation’s dark reputation. The allegation states Monsanto hired these third parties and then intentionally hid the fact. The sole purpose of the shills has been to counter any and all negative social media posts or comments about the company and its product(s), namely Roundup.

The presence of online shills became so prominent and constant that news sites like Reddit began spelling the company name as “Monsant0” in its discussions. This spelling would prevent Google and other search engines from indexing the conversation so shills wouldn’t receive alerts.

The plaintiff developed non-Hodgkin’s lymphoma claiming it was caused by exposure to Roundup, specifically the glyphosate in the weed killer. The plaintiff further charges that “Monsanto aggressively attempted to remove all warnings of the risks surrounding the pesticide.”

Accusations of an EPA cover-up about the real dangers of Roundup aren’t new, they have shadowed the agency for decades. In fact, Sustainable Business quotes the GM-Free Cymru (Wales GMO activism group) stated that in 1981, Monsanto and the EPA colluded to hide feeding tests of animals administered does of roundup (glyphosate).

The animals developed malignant tumors as well as pre-cancerous conditions. Yet, the EPA eventually green-lighted Monsanto’s Roundup for market (2).

The dark cloud that hovers over Monsanto isn’t just in the US. The Monsanto Indonesian bribery scandal that allegedly involved the bribery of 140 Indian officials ended up with a mere $1.5 million penalty. The law allowed for $2 million per bribery offense. When Monsanto took full responsibility of the crime their employee committee, the court granted leniency in the fine (3).

In 2013, the US Senate passed the Continuing Resolution spending bill, HR 933 (1), dubbed the Monsanto Protection Act (Section 735) for the biotech rider”. That rider made it impossible for farmers and organic growers to take legal action against Monsanto GMO seeds that corrupt other crops. Yet, Monsanto can sue if their GMO seeds pollute the farmers’ and organic growers’ crops for patent infringement. President Obama signed this bill into law (4).

In 2016 Aided by the US Senate, Monsanto landed a big coup when once more the will of the people was overridden. The US Senate voted for what was called the DARK Act (Deny American the Right to Know). The law that many legal minds claim is in direct violation of the Tenth Amendment was signed by President Obama. “The DARK Act prevents states from mandating GMO labeling.” (5)

The Monsanto revolving door with US government agencies isn’t news either, since Monsanto executive Michael Taylor has moved in and out of the USDA and EPA (6).

But it doesn’t stop there, Stop Corporate Abuse reports, “The USDA’s cozy relationship with the corporation whose fortunes are tied to glyphosate’s use: Monsanto. In fact, the long history of revolving doors between Monsanto and the USDA is quite staggering.” (7)

Fighting a Losing Battle against Monsanto

According to a March 2017 article by Larry Bodine of Mass Tort Nexus, “Newly-released emails written by executives at Monsanto Co. show that Monsanto employees ghostwrote articles for independent scientists.” (8) 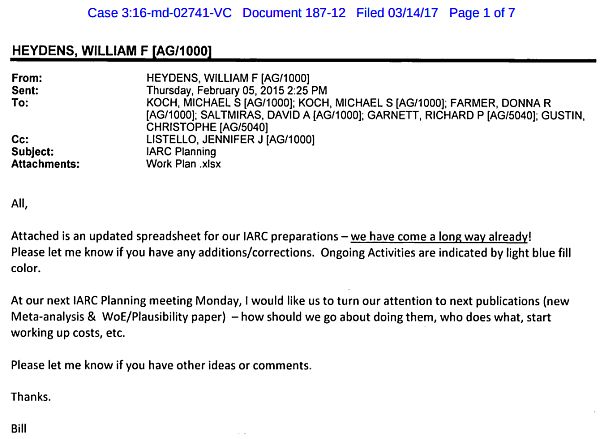 Bodine reports that when Monsanto employees were unable to find “scientific studies” that could back up that it was safe to use Roundup, they were told to make up studies to present to the “regulatory hearing on the safety of glyphosate.”

Bodin writes the emails from Monsanto executive William “Bill” Heydens, Regulatory Product Safety Assessment Lead are instructions to the staff on how to “ghostwrite” the portions of the scientific articles and then “planning to have scientists ‘just sign their names’ to the study.”

If the past is any indication of how Monsanto will slip out from under legal responsibility, it’s very doubtful this latest in many lawsuits will bring any accountability to the corporation or change.