GabriellePickard view more articles
Facebook 0 Twitter 0 Pinterest 0 Google 0 LinkedIn 0
President Donald Trump is claiming the US’s high-profile military actions overseas of late are evidence he is living up to his promise to allow the military and defense leaders to act independently from the politicians’ leash.

In (1) response to a question related to the US military’s bomb attack on an Islamic State territory in Afghanistan, Trump spoke of how he gives the “greatest military in the World”, “total authorization, and that’s what they’re doing.”

In February this year, President Trump promised to give more money and fuel for a military industrial complex he claims is starved and depleted. Standing before the National Governor’s Association, Trump announced military spending should rise by around 10%, to approximately $54 billion.

“This budget,” (2) said Trump, “follows through on my promise to keep Americans safe. It will include an historic increase in defence spending to rebuild the depleted military of the United States.”

The US military has certainly been in the spotlight in recent weeks, carrying out several notable actions. One of these prominent military interventions was the Air Force dropping its most powerful nonnuclear bomb on a tunnel complex and cave in eastern Afghanistan, believed to be used by Islamic State fighters.

Hailed as the (3) “mother of all bombs”, the Massive Ordnance Air Blast (MOAB), is 30 feet in length and weighs almost 11 tons, producing a devastating explosion above the grounds.

Trump praised the attack as a “very, very successful mission,” indicating that he had allowed the Pentagon a free hand to use the weapon as part of his plan to move up a gear on the war on Islamic State. In response to increased efforts to combat ISIS, the number of US troops in Syria and Iraq has also increased in recent months.

A week prior to the MOAB attack, the US military launched a missile strike against an airfield in Syria. The missile strike was in retaliation to the chemical weapon attack in Syria, which US officials believe was carried out by forces of President Bashar Assad.

Following a briefing by US Defense Secretary James Mattis, President Trump authorised the attack, which, as the (4) LA Times writes, is the “most significant military action of his 11-week presidency.”

Leaders from the Pentagon came under criticism for an air strike in March this year which killed more than 100 civilians because of incomplete information provided by allied forces on the ground.

Whitehouse spokesperson, Sean Spicer defended the attack in Afghanistan, saying that officials “took all precautions necessary to prevent civilian casualties and collateral damage as a result of the operation.”

Spicer added the attack sent a blatant message to adversaries of the US, stating:

“The United States take the fight against ISI very seriously and in order to defeat the group, we must deny them operational space, which we did.”

During the presidential campaign, Trump repeatedly promised to overhaul the engagement of US troops in war zones. He also promised to limit the micro-management of military operations, something President Obama was frequently criticised for.

Under Barack Obama, military action had to undergo exhaustive scrutiny by the White House. Since Trump’s inauguration, the military have had increased autonomy.

Though critics of the greater freedom the President is imposing on the military, warn that it raises civilian death rates and puts the lives of American troops in warzones at even greater risk. Criticisms have also been made that the increased military autonomy lead to a lack of oversight of the United States’ conflicts. 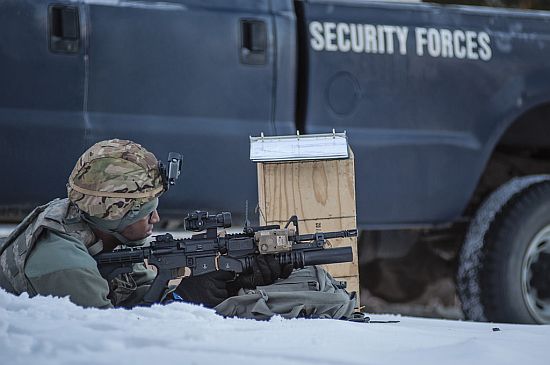 The shift towards giving the Pentagon greater independence from the White House marks a departure for the National Security Council (NSC). The NSC utilises the President’s national security agenda, and coordinates military and foreign policy. Under the Obama administration, the NSC managed virtually every element of the US’s wars in Afghanistan, Syria and Iraq.

Under Trump, the supervision of military moves have been placed in the hands of the US Defence Secretary, James Mattis, who has been tasked with delegating military authorities to his commanders.

“Jim Mattis has been given the latitude to conduct military operations in the way he sees best.”

Whilst President Trump may insist recent military moves have been “very, very successful,” critics claim the President’s hands-off approach to the military industrial complex could be dangerous and cause a loss of lives.

This detached approach from the military was called into question, following Trump’s approval of a special operations raid in Yemen, which went terribly wrong and caused the death of multiple civilians, including children and a Navy Seal.

The White House has however defended the raid, insisting the operation was “successful by all standards.” Military officials are also denying the observation that the Pentagon is allowing civilian casualties to mount up, claiming that civilian safety is a top priority.