Is the Underwater Pyramid in Azores Island Atlantis? 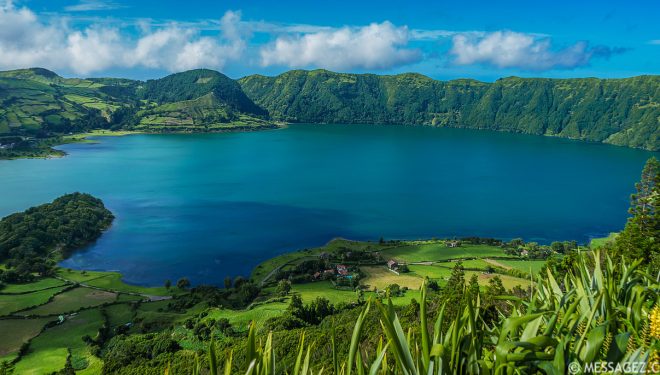 SallyPainter view more articles
Facebook 0 Twitter 0 Pinterest 0 Google 0 LinkedIn 0
In 2013, the news of an underwater pyramid off the coast of the Azores burned around the planet. Many speculated that it was a 20,000 year old pyramid resting on the ocean floor between two Azores islands and had been part of the legendary island city, Atlantis. The legend of Atlantis states it disappeared beneath the ocean during a catastrophic world event, such as a meteor strike at the end of the last ice age. Atlantis has long been an elusive treasure for many underwater archeologists (1).

Fishing off his yacht, Diocleciano Silva claimed he’d discovered the pyramid using “bathmymetry navigation”. Bathmymetry studies underwater depths through the use of maps and digital terrain models. These are often combined with topography data.

This data is usually generated from an echosounder (sonar) that is located either beneath or on the side of the boat. A beam of sound is pinged to the seafloor. Depending on the time it takes for it to bounce off the seafloor, determines the depth, size and shape of the terrain. Remote sensors, such as LIDAR or LADAR systems can be conducted with airborne systems, even satellites (2).

Using GPS technology, Silva surmised the pyramid is almost 197 feet high with a base that is over 86,000 square feet.

To give an idea of the size of such a pyramid, two modern landmarks can be compared to the submerged anomaly (3):

The most well-known Giza pyramid, The Great Pyramid originally stood 481.4 feet, but due to erosion it now stands at 451.4 feet (4). By comparison, the supposed Azores pyramid would have been considerably smaller, but still a significant size. Silva stated that the tip of the pyramid was only 40 feet below the water’s surface (5).

Speculation that Atlantis Was Found

The underwater pyramid was said to lie between the islands of São Miguel and Terceira. Comprised of three groups of volcanic islands, the nine Azores islands lie approximately 930 miles west of Lisbon, Portugal and lie along the fault lines of the North American, African and Eurasian tectonic plates.

There has often been speculation that these islands are the remains of mountain tops that once overlooked Atlantis. Like other pyramids around the world, the Azores pyramid is reportedly a perfect square and “oriented by its cardinal points”.

Many researchers refer to the 360 BC Plato retelling of the fabled city Atlantis and how it sank into the ocean “one terrible day and night of misfortune.” Volcano eruptions and floods supposedly claimed the powerful city and its residents. Based on Plato’s writings that the great naval power of Atlantis lay just across from the Pillars of Hercules, many scholars point to the Azores as a possible location (6).

The investigation was turned over to the Portuguese Navy that enlisted the help of the Portuguese Hydrographic Institute. The researchers set about analyzing the data in an effort to determine the validity of Silva’s claim.

In 2013, the Portuguese American Journal reported, that after reviewing the data, the Portuguese Navy bathymetry experts stated the so-called pyramid was, “most likely not man-made.” The authorities concluded it was an underwater volcanic hill and not a pyramid. In fact, the journal stated that Silva believed the sonar find was actually a volcanic hill. (7).

According to History Mysteries, the Portuguese Navy attributed Silva’s initial misidentification to “low-grade sonar equipment.” The volcanic hill had been previously known and indicated on maps for years (8).

The proclamation by the military and the institute experts that the anomaly was natural didn’t calm the Internet frenzy. In fact, it fueled allegations of a cover-up that morphed into an alien conspiracy theory surrounding Atlantis. Years later, people continue to perpetuate the underwater pyramid in the Azores as fact.

Several fake videos have also been created and uploaded onto YouTube and other outlets presented as actual footage of the pyramid. Some used the real ruins off the coast of Japan touting them as the Azores find.

The idea of finding proof of Atlantis captures the imagination. The possibility of finding an underwater pyramid might not be so far-fetched since archeologists have identified 140 pyramids in Madalena on Pico Island located in the Azores (9).