Who Will Be The First Victim of CT Killer Police Drones? 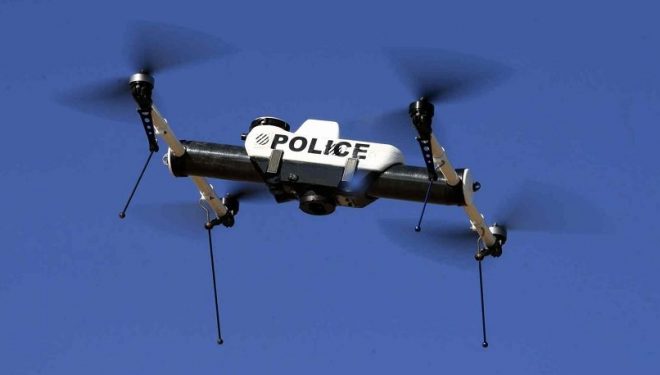 Mark Whittington view more articles
Facebook 0 Twitter 0 Pinterest 0 Google 0 LinkedIn 0
The military has been using armed drones(1) to kill terrorists for over a decade and a half. The theory is that drones provide an efficient weapon of war that does not involve putting servicemen at risk and minimizes (but does not altogether eliminate) civilian casualties. According to Reuters(2), the Connecticut state legislature is considering a bill that will ban weaponized drones in the state but would exempt law enforcement agencies from that prohibition.

The exemption has kicked up a measure of controversy among civil libertarians. Some civil rights advocates point out that the use of police force falls, in their view, disproportionately on the minority community. They suggest that the drones would be used in urban areas where many minorities happen to reside.

According to How Stuff Works(3), police have already started using drones for search and rescue and for surveillance tasks. Drones have provided a cheap alternative to helicopters and can be used in situations where it might be difficult or dangerous for officers to enter. However, even the use of drones in nonlethal situations has raised questions about privacy rights.

For example, an officer has to have a warrant to enter a house or business to conduct a search. But what about a drone that could peek through a window or open door? So far, law and legal precedence have not caught up with the technology.

The use of armed drones is very rare in the United States. North Dakota permits the equipment of drones with nonlethal weapons, tear gas, or pepper spray. During a June 2016 sniper incident the Dallas Police Department used a bomb robot that had been cobbled together to take out the shooter, who had been targeting officers. The action created controversy even though the sniper had already murdered five law enforcement officers and was prepared to kill more.

Two arguments exist concerning the use of armed drones, for and against.

The Huffington Post(4) claims that arming drones will make the killing of suspects too neat and painless. The theory is that if officers are not involved, law enforcement will be motivated to take the easy way of neutralizing the threat rather than going through the complicated bother of negotiations. On the other hand, one wonders what the moral difference is between killing a hostage taker or a shooter with a drone or with an armed SWAT officer?

Use of Deadly Force

Also, as the International Association of Chiefs of Police notes(5) in a guidebook on officer-involved shootings, the use of deadly force against a suspect has consequences that extend beyond the death of the person being shot. Relations between the police department and the community can suffer. The mental health of the officer who has to use his or her firearm can be compromised.

Police officers, contrary to what one sees on television, are trained rigorously in how to deal with citizens they encounter. Deadly force is only indicated if there is an imminent danger to the lives of the officers or innocent bystanders. Only a tiny fraction of interactions between officers and civilians result in the use of any kind of force, and a smaller portion end in deadly force.

It could also be argued that the use of armed drones could decrease rather than increase the incidents of deadly force. If a suspect responds violently to a drone, the stakes are not as high as they would be if he or she did the same to a human police officer.

Who Will Be Killed First?

However, if the police are allowed to equip a drone with a deadly weapon, eventually a suspect is going to be killed by such a drone. Who the first one is will largely depend on how the law enforcement agency uses the drone. Using a drone to enter a building to clear it before the officers follow would likely be one role for which such machines could be used.

If the drone encounters a suspect, and he or she reacts violently, say to a hostage, that person might become the first on American soil (besides the shooter in Dallas) to die by remote control.