Will Plastic Eating Worms Save the World From Waste? 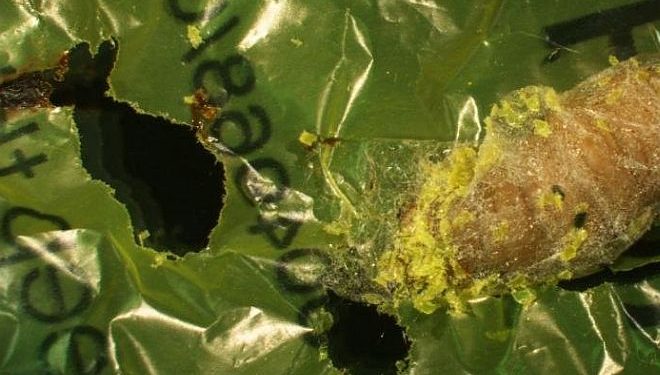 SallyPainter view more articles
Facebook 0 Twitter 0 Pinterest 0 Google 0 LinkedIn 0
In the real world, it seems impossible, but yes, there are worms that actually eat plastic. It was by pure accident that the wax moth larvae’s penchant for plastic was discovered. The grubs (wax worms) are raised as fishing bait for carp and catfish but are a devastating menace to beekeepers, like Federica Bertocchini. Science Magazine states that the caterpillars “thrive on beeswax”. (1)

Bertocchini, an amateur beekeeper, is a developmental biologist and researcher at Institute of Biomedicine and Biotechnology of Cantabria in Spain. Science Magazine reports that she was cleaning out beehives ravaged by wax worms (Galleria mellonella) when she accidentally made the discovery. She dumped the removed worms into a plastic bag, but was shocked when she discovered that the munching pests had simply chewed their way out of the bag.

According to The Guardian, Bertocchini explained, “I went back to the room where I had left the worms and I found that they were everywhere. The bag was full of holes.” (2)

As any scientist would do, Bertocchini set out to investigate if it was fluke of if the grubs’ feeding habits could actually consume and survive from eating plastic. If so, how much could they eat?

It turned out that the grubs proved to have a “voracious appetite for plastic”. The Guardian reports that Bertocchin’s lab test revealed that “100 worms can devour 92 milligrams of polyethylene in as little as 12 hours.”

The scientists further tested these results to verify that the enzymes the worms used to digest beeswax were the same they used in breaking down the plastic bags. They wanted to be sure that the worms weren’t simply using munching action to break through the plastic by making the pieces smaller. Being able to ingest the plastic would be the true mark of a great discovery. 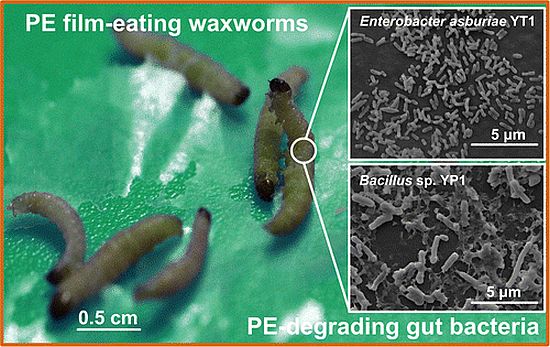 Part of the test included the liquefying of the grubs into a paste. The scientists smeared the “grub paste” onto the plastic bags. The study revealed that holes appeared wherever the grub paste was.

Imagine how plastic eating wax worms could transform landfills. But, the possibilities get even better since the worms breakdown the plastic (polyethylene) into usable “ethylene glycol”. This in turn can be converted into other substances, such as antifreeze.

To but the weight of this discovery into perspective, consider how much plastic finds its way into the world’s landfills. According to the National Geographic, plastic refuse is a worldwide problem with 300 million tons being produced every year. The bulk of it is resistant to degradation (3).

This accidental discovery has tremendous potential for a long-standing world problem with landfills of mounds and mounds of plastic bags and other plastics. The Guardian reports that the “average person uses more than 200 plastic bags” a year. Those grocery bags take anywhere from 100 to 400 years to breakdown. It’s possible that scientists could simply use the enzymes to achieve the plastic degrading. 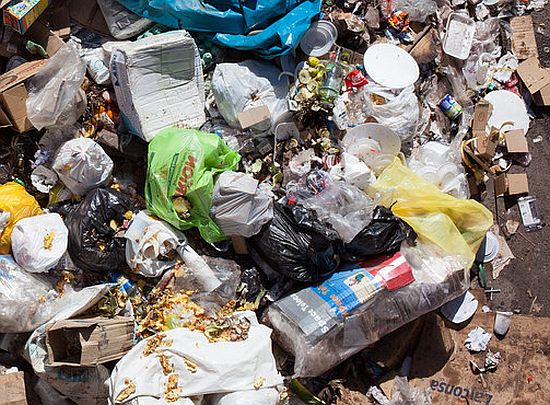 National Geographic reports that in 2014, Wei-Min Wu, an environmental engineer at Stanford University and his colleagues have been working on a similar process with a different wax worm species.

The team discovered a similar gut that also breaks down plastics; however, the results were different type of byproduct. The 2016 study revealed enzymes in the bacteria would break down polyethylene terephthalate, a different type of plastic.

Saving the World from Plastic Pollution

Wu told National Geographic, “There are probably lots of other worm species out there that can degrade plastics.”

These discoveries are an exciting step toward a possible solution to a worldwide plastic pollution problem. How and if these discoveries can be implemented remain to be seen.