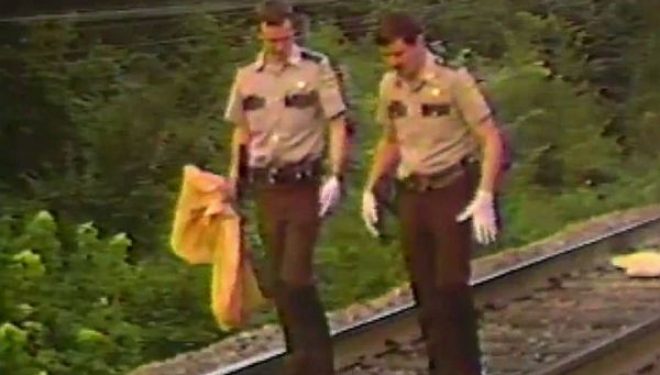 GabriellePickard view more articles
Facebook 0 Twitter 0 Pinterest 0 Google 0 LinkedIn 0
In August 1978 Larry Kevin Ives and his friend Don Henry were found dead on railroad tracks in the small town of Bryant, close to the Mena Airport in Arkansas. The circumstances of the boys’ deaths have never been solved and remain the subject of many investigations and conspiracy theories.

Engineer Stephen Shroyer spoke of how, as he approached Bryant during the pre-dawn hours of August 23, 1987, he had seen something terrible lying on the track ahead, two boys lying motionless. Despite putting the train in an emergency stop, the weight of the cargo caused it to carry on for half a mile, mangling the boys’ bodies.

At the time, a (1) medical examination by the state medical examiner said the boys had been under the influence of 20 marijuana cigarettes, had fallen into a deep drug-induced sleep on the tracks and ruled the deaths as accidental. However, the boys’ parents have never accepted the deaths were accidental and have continued to investigate and campaign about what really happened to the two boys and what caused their death.

Five months following the deaths of their sons, the boys’ parents held a press conference, urging for authorities to reopen the case. The case was reopened and Richard Garrett, the newly-appointed prosecutor, exhumed the bodies for a second autopsy.

The second autopsy revealed the boys had smoked between one and three marihuana cigarettes, not 20. It also found one of the boys was already dead when the train hit them and the other boy was unconscious. A grand jury officially ruled the deaths as ‘probable homicides’ instead of accidental deaths.

Boys on the Tracks

The unsolved homicide since became known as the ‘Boys on the Tracks’. In 2016, Linda Ives, mother of Larry Kevin Ives, brought Freedom of Information action against several agencies involved in the case, including the CIA, the FBI and the Bryant Police Department.

The (2) lawsuit alleges a coverup of the story behind the death of Linda Ives’ son and his best friend.

The lawsuit states how Linda Ives, the plaintiff, has been trying “for the last 29 years to learn how her son was killed, why and by whom and has been met with stonewalling at every turn”” and “how and by whom his death was covered up.” 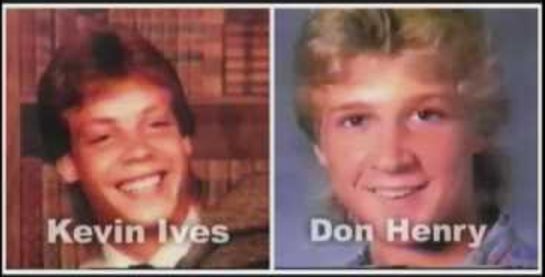 The document states that Linda Ives believes she has not received adequate responses about her son’s death is due to the fact that satisfactory responses would “show crimes by government officials and would expose them and government agencies to suits for damages.” Ives says in the report she would prove and expose a massive cover-up by federal, state and country officials.
So, what exactly is the alleged federal and state cover-up in relation to the Boys on the Tracks case?

Implications have been made linking the deaths of the two boys with Iran-Contra scandal. The Iran-Contra affair refers to a political scandal that took place in the United States during the Reagan Administration’s second term in office. The scandal involved senior administration officials facilitating the sale of arms to Iran in secret. The aim of the selling of arms to Iran began as an operation to negotiate the release of seven US hostages that were being held in Lebanon.

The lawsuit mentions how President Reagan authorized the CIA to carry out a support program for the Contras in Nicaragua. However, the report also notes how the Boland Amendment, an amendment to legislation in 1984 to limit secret activities in Central America, which specifically stopped the CIA from assisting Contra rebels, prohibited the CIA from assisting the Contras. Though according to the lawsuit, there were some within the Reagan administration who believed training pilots in Arkansas to travel to Nicaragua or take guns to Nicaragua was not a violation.

The report says how John Brown, an investigator for the Saline County Sheriff’s office, said how he had talked to a pilot in Texas who had admitted being a drug pilot and had remembered he had flow drugs to points close to the Saline-Pulaski country lines, exactly where the boys’ bodies were found. Jean Duffey, an ex-prosecutor, said she had spoken to an informant who had told her someone had stolen the drop and two kids had been killed.

As (3) Top Secret Writers reported in 2016 about the CIA admitting to covering up information related to the JF Kennedy assassination, the CIA and other official US governmental bodies are no strangers to controversial cover-up scandals. Could it be that the two boys found dead on a track in Bryant in 1987 were killed because of implications with CIA wrongdoings involving the Iran-Contras drugs operation?