For Profit Health Care Was Illegal Until Nixon Changed Everything 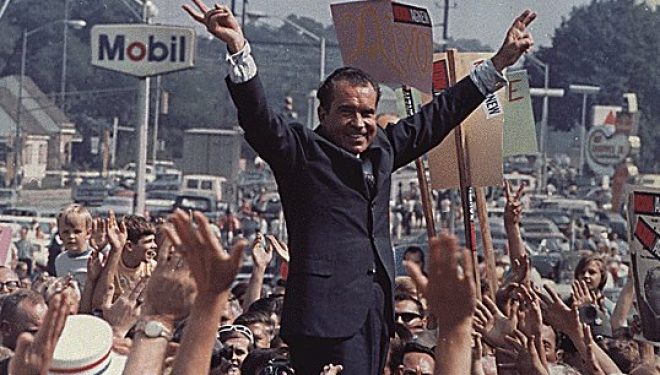 Prior to 1973 it was illegal in the United States to make profits from healthcare. In 1973, the Health Maintenance Organisation Act was passed, effectively changing the status from profiting off healthcare being illegal to legal.


In 1973 the then US President, Richard Nixon, passed the Health Maintenance Organization Act. The Act enabled medical centers, clinics, doctors, insurance companies and doctors to function as for-profit businesses, rather than operating solely as non-profit services.

For Profit Healthcare a “Favor”

According to a report on (2) Investment Watch Blog, Nixon signed the Act as a favor to a personal friend, Edgar Kaiser, who was, at the time, the chairman and president of Kaiser-Permanente. Kaiser-Permanente was founded in 1945 by industrialist Henry Kaiser and physician Sidney Garfield, as an integrated managed care consortium.

The Investment Watch Blog’s article goes further, claiming that Nixon’s “profiteering boondoggle” new law even included clauses which encouraged medical providers to prolong illnesses by only treating the symptoms, instead of curing them, as a means of making more money.

In short, Nixon’s passing of the Health Maintenance Organisation Act is alleged, by some, to have paved the way for the ever-increasing demand for US-manufactured prescription drugs and somewhat coining the phrase: “There’s no money to be made in curing sickness.”

High Cost of Healthcare in U.S.

Today, the United States is well known for its high costs for healthcare. Some experts pin America’s expensive healthcare system on being driven by the desire to make profit. As Russell Andrews, a neurosurgeon and author of ‘Too Big To Succeed’ (3) says:

“The morphing of American medicine from a function of a humanitarian society into a revenue stream for healthcare profits, drug and medical device companies, hospitals, and insurance companies. In essence, we have transformed healthcare in the U.S. into an industry whose goals is to be profitable.”

Andrews condemns the ‘profitization’ of US healthcare further, referring to it as a “virus” that is infecting the system.

We can’t ignore the stats, which speak for themselves. Between April and June 2011, the five largest health insurance companies – Cigna, United Health, WellPoint, Humana and Aetna – made more than $3.3 billion in profit.

And other countries seem to be adopting the U.S.’s penchant to profit from healthcare. For example, in Britain, recent governments have been criticised for continuing to privatise healthcare, and by doing so, putting the National Health Service (NHS) on the “brink of extinction.”

In 2013, the majority of new contracts to provide NHS services, were given to private companies, which, as the (4) Guardian reports, “hide behind the NHS logo but siphon off a profit.”
As (5) Top Secret Writers wrote in 2011, the U.S pharmaceutical and healthcare industry saw record profits that year, despite the poor economy.

Perhaps if the former US president, Richard Nixon, hadn’t signed the Health Maintenance Organisation Act in 1973, healthcare would be less of a profit-prioritizing industry and remained the free, not-for-profit service it should be.