Tesla’s Model Y Will Be Built Entirely By Robots 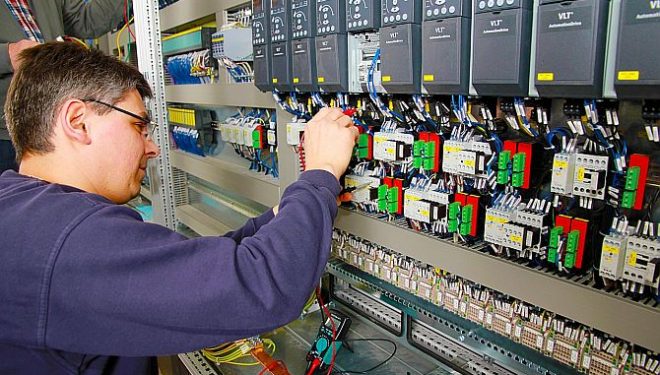 Mark Whittington view more articles
Facebook 0 Twitter 0 Pinterest 0 Google 0 LinkedIn 0
According to a recent article in Business Insider(1), workers at the Tesla manufacturing facility in Fremont, California, have been complaining about the dangerous conditions that exist in that factory, with a pace that is at once brutal and demanding.

The idea is that manufacturing technology has about reached the limit of human endurance. The next step is to take people almost entirely out of the process, to have raw materials for motor vehicles enter one end of a factory with completed cars and trucks coming out the other, with no humans in the middle.

The process would be almost blindingly fast, beyond what can be accomplished by human factory workers. The Model Y will be a test for the new approach.

Needless to say, Musk will also help destroy a lot of jobs by making his lines of electric cars self-driving. The need for taxi or Uber drivers, chauffeurs, and even parking lot attendants will be eliminated.

The results of the recent presidential election stemmed, in part, from voters angry about job losses, especially in the manufacturing sector. Donald Trump won the election by blaming the lack of employment on what he considered unfair trade practices and outsourcing of manufacturing. However, as an article in USA Today noted(2), the real threat to manufacturing and other jobs is not competition from lower-paid foreign workers, but from automation.

The sorts of jobs that will be potentially destroyed go beyond the factory floor, but range to the fast food industry, to retail, and even to bookkeeping. Anything that is repetitive and routine is in danger of being done better by a robot than a human being.

From the point of view of management, the switch to robots is a no-brainer. Robots do not get sick, go on strike, complain about working conditions, and take off to deal with an issue at home, or take long bathroom breaks. Robots, as long as they are properly maintained, will work 24/7, 365 days a year, at speeds and productivity unobtainable by human beings. They will churn out products and provide services cheaper, faster, and better than the people they replace.

In a way, the robotics revolution is the next quantum leap that will upend the world economy. The development of agriculture destroyed a lot of hunter and gatherer jobs but with the benefit of increasing the food supply.

The industrial revolution destroyed a lot of cottage industry jobs but also created more products at lower prices. The information revolution made a lot of accountants and clerical workers obsolete but allowed the dissemination of data that sparked great strides in productivity. Each of these revolutions wound up creating more jobs than they destroyed, at least in the long run.

What kind of and how many jobs will arise from the robotic revolution is unclear. The one thing that robots (at least for now) cannot do are tasks that involve human empathy and customer services, such as healthcare, education, or the leisure industry. Also, any work that requires creativity, such as science, technology, art, and literature will still need human beings to carry them out. The new technology of 3D printing may bring back a high-tech version of cottage industries.

But what if, ultimately, robots take up more jobs than are created(3)? Wired suggests(4) that the future may be one in which work is optional, that a society that has used robots to eliminate scarcity could support large numbers of people who can’t or won’t find a job. But then what will they do?

What if work is something that defines all of us and without it, we have no purpose? Just existing would be a tedious way to live. The problem of automation-caused job loss is something that has to be considered now and not when it sneaks up as a crisis, provided that it doesn’t sort itself out.

References & Image Credits:
(1) Tesla Completely Inhuman Automated Factory
(2) Automation Puts Jobs in Peril
(3) What Will Humans Do When Artificial Intelligence Can Do Everything
(4) When Robots Take All The Work