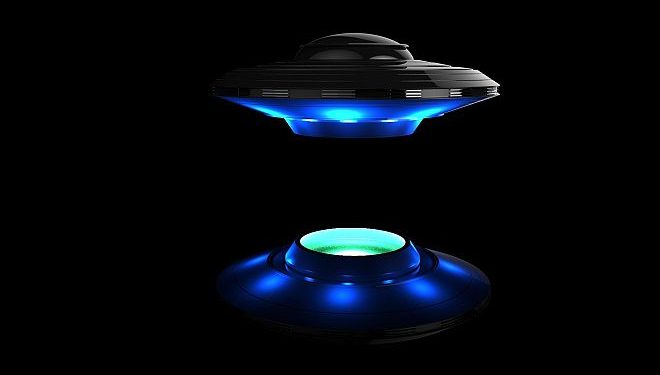 The book is quite unlike other UFO books in that instead of being a compendium of accounts of sightings, it consists of charts and graphs that categorize sightings by date, time, type of object, and location among others.

One of the conclusions in the book is that UFO sightings have significantly increased in the current century, from 3,479 in the United States in 2001 to 11,868 in 2015. Most of these sighting have ready explanations, aircraft, weather phenomena, optical illusions, and so on. A small percentage defy ready explanations, however.

The pattern of sightings across various states defies ready analysis.

Population may be one factor, since California leads the United States in the numbers of sightings, followed by Texas and Florida. But Wyoming, with a low population density, had twice as many sightings as the District of Columbia, with a relative higher density.

The UK Daily Mail, with a more global perspective, suggests(2) that the number of UFO sightings started to shoot up worldwide starting in the 1980s according to Sam Monfort, a Ph.D. student at George Mason University in Virginia, who is delving into statistics.

Before the 1980s the average worldwide number of reported sightings was about 10,000. By 2010, the number had shot up to 45,000. Monfort also discovered that the sighting of particular shapes of UFOs, like flying saucers, has declined in recent decades, but lights in the sky have increased during the same period. People in the United States, the United Kingdom, and Australia are most likely to see UFOs. People in Russia, China, and Greenland are the least liable to report seeing something strange in the sky.

Why An Increase in Sightings?

The question arises, why the increase all of a sudden. Are aliens suddenly taking more of an interest in Planet Earth now that the Cold War is over and the threat of nuclear annihilation has subsided?

The Costas believe that the spike in UFO sightings has more to do with greater media reporting than an actual increase in strange things in the heavens. Montfort notes that the spike seems to have coincided with the rise of the Internet. They may be on to something here.

The Internet, above everything else, has provided a way for everyone to share information, whether or not it has any relationship with objective reality. People who saw UFOs before the Internet might have reported them to law enforcement or the media. Often they would keep the experience to themselves, maybe discussing it with friends and family members.

The Internet changed all of that. Anyone can now post accounts, images, and videos to a website and share their experiences with like-minded people across the globe. The Internet also makes people aware that other people have seen objects in the sky which lessens the fear that they might be called delusional. Organizations such as MUFON(3) can use the Internet to collect accounts of sightings and investigate them as needed.

Are Smartphones to Blame?

The turn of the current century provided another technology that has been a boon to the UFO enthusiast, that being the smartphone. Cameras and personal camcorders have been around for decades. Now, everyone has an image and video recorder in his or her side pocket. If they are out at night and see something in the sky, out comes the smartphone, and within minutes they will share what happens on a Facebook page. The upshot of all of this is that maybe there are not more strange things in the sky. But more people who see them can record them and share them almost effortlessly. The truth, which used to just be out there, is now on social media for everyone to see,