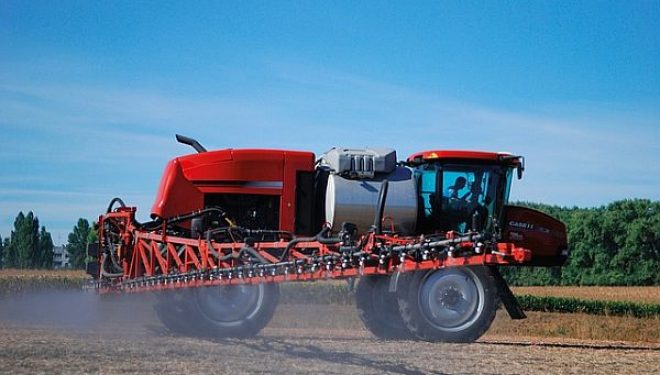 SallyPainter view more articles
Facebook 0 Twitter 0 Pinterest 0 Google 0 LinkedIn 0
Glyphosate might not be recognized by most people, but if you’ve ever used a non-organic weed killer, you’ve probably used Roundup, the creation of Monsanto. Another chemical this company created (one of nine chemical company manufacturers) was what became known as Agent Orange.

Then and Now Weed Killers

This chemical defoliate was used to kill jungles in Vietnam during the war. This destructive weed killer contained dioxin and was also commonly sold on the American market as a weed killer. It caused serious health problems, such as cancers, tumors, birth defects and even psychological ills not just among the Vietnamese people, to American soldiers. Anyone exposed to it had some form of symptom (1).

Fast forward to several decades later. Same company, just a different kind of weed killer, Roundup has been shown in many studies to have serious health risks, such as immune systems and endocrine disruptors, Celiac disease, gluten intolerance as well as long list of potential illnesses. What makes the risks even higher was Monsanto moving into GMO seeds. Designer seeds were created to withstand high levels of Roundup in order to boost farmer’s yield, but inadvertently created super weeds resistant to the potent doses of Roundup sprayed across America’s crop fields.

What is most disturbing is the realization that America’s food supply is being contaminated more and more with the harmful chemical found in Roundup, glyphosate.

According to The Union, America’s food supply “is highly contaminated with residues of glyphosate and we are not aware of this insidious danger to our national health.” (2)

The website references a research paper authored by Anthony Samsel and Stephanie Seneff. The two researchers layout a body of evidence that, “the herbicide glyphosate (Roundup) causes extreme gut dysbiosis in which pathogenic bacteria kill off healthy gut bacteria interfering with complex nutrient assimilation.” What should be setting off alarms for all Americans is the 2013 EPA decision to raise the “allowable concentration of glyphosate” in food crops and animal feed.” This means Americans are exposed to higher concentrations from crops and animals eaten.

The increase in acceptable levels of this harmful chemical (glyphosate) is showing up in foods previously not seen, such as organic foods and meat/poultry. How is such a thing possible with organic foods? It is possible that ground water contamination is at fault since glyphosate is capable of leaching very deeply into the soil, which in turn can contaminate groundwater. Runoffs into rivers and streams can further contaminate water supplies.

In addition to the disturbing presence of glyphosate in organic foods, higher levels are also showing up in previously none to low levels of foods.

In a 2016 article, Dr Joseph Mercola wrote that out of 24 breakfast foods tested for glyphosate, 10 tested positive (3).

What makes the use of glyphosate so devastating to human consumption are practices, such as wheat and barley being unnecessarily being dosed with glyphosate by farmers in order to accelerate the drying process. This practice saves farmers two-weeks or longer for the drying process. This practice has increased according to Dr Mercola thanks to an increase in rainy weather. Some of these crops might not be GE crops, but are being blasted after harvest to expedite the timetable of from harvest to sell times.

Dr Mercola provides a long list of food crops that “are commonly desiccated with glyphosate.” The list includes Non-GMOs as well as potential GMO food crops, ranging from lentils and peas to potatoes and sugar beets, corn and even sunflowers. There is no accounting for such practices and no one seems to care, that is except consumers.

Dave Murphy, Executive Director of Food Democracy Now! said, “Frankly, such a high level of glyphosate contamination found in Cheerios, Doritos, Oreos and Stacy’s Pita Chips are alarming and should be a wake-up call for any parent trying to feed their children safe, healthy and non-toxic food.”

Some of the brand name foods tested include:

A full report explains how an independent peer-reviewed science confirmed what many have warned for decades. The exposure to glyphosate at levels that were “as low as 0.05 ppb can alter gene function in the livers and kidneys of rats fed a diet of glyphosate for two years…” This was followed by a warning to the American people. All Americans should be highly concerned about the findings of glyphosate contaminating the country’s food supply (5).