The Murder on the Tracks AMA with Linda Ives

SallyPainter view more articles
Facebook 0 Twitter 0 Pinterest 0 Google 0 LinkedIn 0
In 1987, two teenage boys in Bryant, Arkansas were run over by a train bound for Little Rock, Arkansas. What seemed like a tragic accident grew into a murder mystery that many call nothing more than a conspiracy theory centers around a clandestine CIA drug and weapons smuggling and pay to play scheme by then Governor of Arkansas, Bill Clinton. Decades later, the murders remain unsolved and one of the boys’ mother turned to the Internet in her desperate quest for justice.


How Did Boys End Up on the Tracks?

On the night of August 23, 1987, high school seniors and best friends, Don Henry (16) and Kevin Ives (17) spent time with friends at a popular hangout, a local commuter parking lot. They arrived at Don’s home around midnight to retrieve spotlights and a .22 rifle. According to Don’s father, the boys left shortly afterwards to go “spotlighting”. Although this type of night hunting (shining bright lights in an animal’s eye to momentarily transfix them) is illegal in Arkansas, it seems the teenagers were accustomed to spotlighting. They boys typically hunted behind Don’s home in the woods near the railroad tracks (1).

It was 4:25 am, when the train crew noticed a green tarp on the tracks and began an emergency stop. Traveling at 52 mph, engineer Stephen Shroyer wasn’t able to stop the train and was horrified when he recognized there were two boy lying motionless across the railroad tracks, partially covered by the light green tarp (2).

The Arkansas medical examiner determined that the two teenagers had collapsed onto the tracks after smoking marijuana. Their deaths were ruled accidental. Most people believed it was simply a tragic teenager mistake, but the boys’ parents didn’t believe it. Larry Ives, Kevin’s father, hiring a private investigator to get to the bottom what really happened to the boys and why the state medical examiner made such an outrageous claim. For the Ives, it became an unrelenting crusade that continues decades later.

The marijuana story didn’t fit with what the parents knew of their children. At least, not the way the state medical examiner depicted. That report stated the two boys had smoke around 20 joints. This caused the teenagers to become sleepy and lie down on the railroad tracks, dozing off into a deep sleep.

Some disturbing facts were later uncovered:

The parents pressured authorities to re-open the case five months after the boys’ deaths.

The second autopsy findings were quite different and revealed:

As a result of the second autopsy, the grand jury ruled the boys’ deaths as definite homicide.

In 1999, the Salon reported that, “Right-wing conspiracy theorists who blamed then-Gov. Bill Clinton for the killings have now lost a $600,000 libel suit in the case.” (4)

The Salon stated Patrick Matrisciana’s 1994 documentary, “The Clinton Chronicles” was a “conspiratorial” documentary.

Salon described Matrisciana’s “1996 film on the railroad mystery, “Obstruction of Justice: The Mena Connection alleged that the teenagers were killed after they accidentally witnessed a clandestine drug deal in which top state officials were involved.” It has long been rumored that the CIA with then Governor Bill Clinton’s permission operated a drug and weapon smuggling operation at the Mena Airport.

What followed was a lawsuit against Matrisciana by Deputy Sheriffs Jay Campbell and Kirk Lane depicted in the 1996 film as the boys’ murders. Salon reported that the jury ruled the film showed, “reckless disregard for the truth and had libeled deputies Campbell and Lane. The jury awarded the two sheriff’s officers nearly $600,000 in damages.”

In June 2017, Reddit AMA (Ask Me Anything) hosted Linda Ives, Kevin’s mother who has turned to the Internet in her campaign of justice for her son Kevin and his friend Don. During the Q&A, Linda Ives discussed the various forms of resistance her decades’ long quest had met by various government agencies, officials and individuals (2).

She discussed the roadblocks that had been erected with various FOIA requests. She discussed in depth those made of the FBI. Author Mara Leveritt made several requests when writing her book, “The Boys on the Tracks” and was told there were no documents, even though the FBI had investigated the boys’ deaths for over two years. 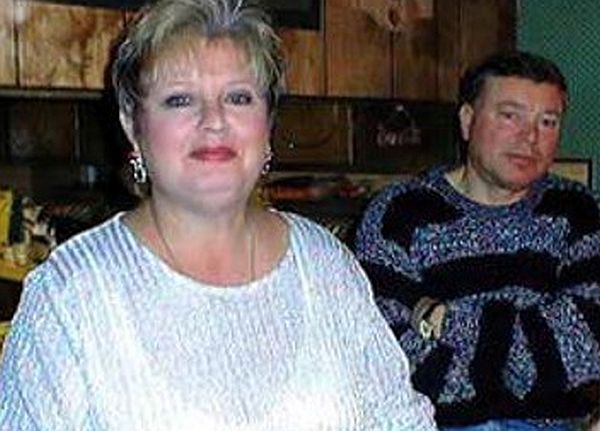 Mrs Ives described how someone shared a handful of related FBI documents with her. She added that the FBI finally admitted there were more than 17,000 pages related to their investigation, but she only received 2,000. She explained that those pages were either completely redacted or heavily redacted.

Mrs Ives stated she was turning to the Internet in the hope of rekindling interest in her son’s murder. She asked anyone with any information to forward it to WikiLeaks since her efforts have hit a wall and obtaining un-redacted copies of those 17,000 pages wasn’t likely to happen.

A Mother’s Quest for Justice

The pain and agony of knowing that her son’s murderers have yet to be punished have followed Mrs Ives through the years. She still persists in her quest to bring those responsible to justice. She stated that health issues have impeded her efforts and worries that she may die before those who committed these heinous acts against her son and his friend Don are arrested and brought to trial for murder.