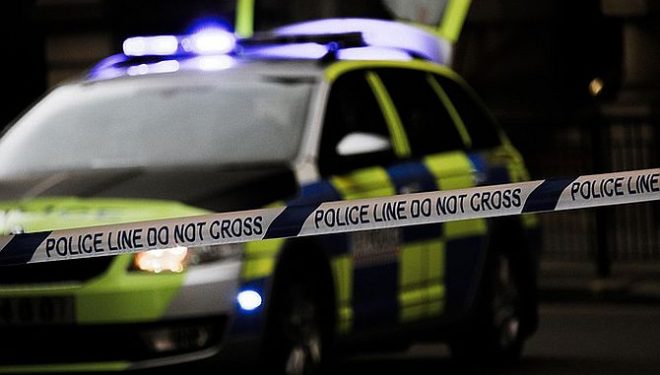 Nguyen claimed to be working for a biomedical company but apparently does not retain such a job nor a license to practice any kind of medicine. Many of the people whom he collected blood from were described as “habitual substance abusers.” The blood samples “in large quantities” were stored at the apartment.

Law enforcement has charged Nguyen with practicing registered nursing without a license. A judge has ordered him not to perform any medical procedure without a license or to draw blood from anyone while released on the misdemeanor charge. Whatever Nguyen intended to do with the blood samples, if anything, has not been released to the media as of this writing.

Nguyen has previously served five years in prison as a result of his distributing drugs while working for a licensed rheumatologist. Despite the fact that he had no license to practice medicine, Nguyen would prescribe some of the most heavily abused drugs in existence to anyone who wanted them without a medical examination and regardless of their health condition.

The newspaper account suggests that Nguyen is under a great deal of psychological stress due to the death of his mother and the fact that one of his sisters went blind from a brain tumor. He began drinking heavily because of his loss. Nguyen has always expressed the wish to become a health care professional. At the time of his 2010 felony conviction, he was enrolled in a medical program at the University of Science Arts & Technology in the British West Indies.

The following, absent of any further information, is somewhat speculative. But two reasons suggest themselves for Nguyen behaving the way he has. Note that everyone in the United States has a presumption of innocence.

The first reason is that he perhaps suffers from an obsessive compulsive disorder to act as a medical professional even if he is not legally allowed to do so. Maybe, in his own mind, he thought he was helping people by giving them opioids. How that explanation would translate to drawing blood is less than clear.

The other possible reason is purely monetary. Certainly, Nguyen would not have been the first person to run a pill mill out of a doctor’s office, with or without the knowledge or cooperation of the physician.

The opioid crisis is rampant in the United States, with tens of thousands of people getting addicted to powerful prescription pain medication. Many individuals who get hooked on opioids graduate to heroin, with devastating results. Some people with access to a doctor’s prescription pad will take advantage of addicts’ insatiable need for a fix.

The story does not reveal how much blood Nguyen was taking from people, whether it was enough to fill a vial or a transfusion bag.

If the latter, what he was doing in that abandoned apartment made sense from a monetary standpoint. China has experienced a “blood famine” ever since it shut down commercial blood centers in the 1990s, according to a story in Reuters (2).

Blood shortages in China and other places, especially in the developing world, have created what is called a global “Red Market” (3) in which not only blood but transplantable organs are bought and sold.

It is not beyond the realm of possibility that Nguyen may have been collecting the blood to tap into that market. In any event, we have to await the results of law enforcement investigation to find out exactly why someone would run an unauthorized blood bank.