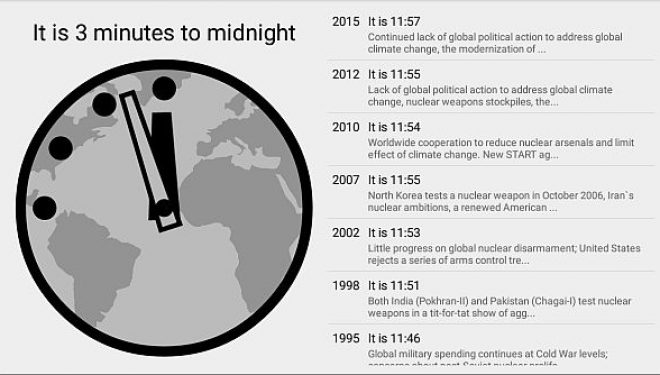 Mark Whittington view more articles
Facebook 0 Twitter 0 Pinterest 0 Google 0 LinkedIn 0
One thing that is a constant in life, besides death and taxes, is the belief among some of us that the world is coming to an end very soon.

Most people have lived through these looming end times, from the Y2K computer system collapse of the year 2000 to the so-called Mayan Apocalypse of 2012(1), which became a special-effects-laden film by Roland Emmerich.


Scientists are always warning about the dangers of climate change, asteroid strikes, or the Yellowstone super volcano. Some scholar or another is always finding an interpretation of a quatrain by Nostradamus predicting that doomsday is just around the corner. Religious Christians are looking forward to the second coming of Christ. Some Shiite Muslims await the coming of the 12th Imam.

The year 2017, as it turns out, is the last year that the human race will ever experience, according to some.

Total Eclipse: Beginning of the End

A Christian website called Unsealed(2) predicts that the total eclipse of the Sun, due to be seen in North America and other places on Earth, is going to touch off the events predicted by the Book of Revelations. When the moon blots out the sun, the Earth will be plunged into darkness. Then a woman will appear in the sky, who will be hunted by a seven-headed dragon, which in turn will be defeated by an army of angels. Then things will get really weird and awful.

No list of the end of the world would be complete without a contribution from Nostradamus (3), the 16th century mystic and prophet who is said to have predicted the rise of Napoleon and Hitler and the assassinations of John and Bobby Kennedy.

The latest version involves an economic crisis in China, the collapse of the United States because of Donald Trump, and then a world war fought over the effects of climate change. On the plus side, Nostradamus also predicted cloud computing, commercial space travel, and solar power.

David Meade, the author of a book called “Planet X,” predicts (4) that the shadow planet Nibiru is going to pass close to the Earth in October 2017, causing untold devastation. 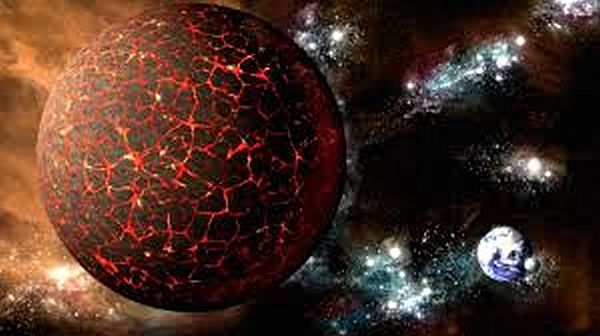 Nibiru figured prominently in the Mayan Apocalypse that was supposed to have occurred in 2012. So far, the planet has not been discovered by astronomers or any of the national space agencies, such as NASA.

Another account (5) alleges that NASA has determined that a swarm of asteroids will start hitting the Earth in 2017, with a planet killer arriving as soon as 2020. An asteroid did cause the death of the dinosaurs 65 million years ago, and a number of big rocks have come uncomfortably close to hitting the Earth. But thus far, no rock big enough to end the world has been detected, so far as has been acknowledged.

A philosopher and alchemist named Matteo Tafuri predicted (6) that two consecutive days of snow at the southern Italian resort town of Salento, along with two flashes in the sky, would herald the end times. The snowfalls already took place in January 2017. The flashes in the sky have not – yet.

On a more serious note, the Bulletin of Atomic Scientists set its famous doomsday clock(7) to two and a half minutes to midnight. 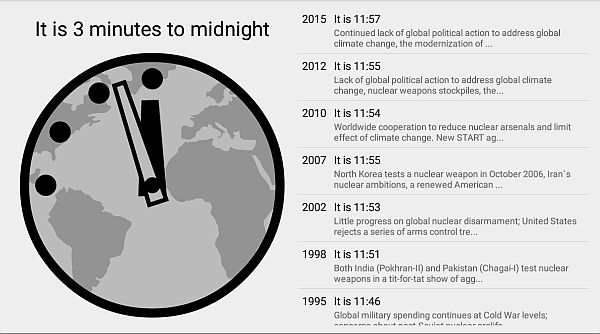 They cite the rising tensions between superpowers such as the United States, China, and Russia, the development of nuclear weapons by rogue states such as Iran and North Korea, the growth of global terrorism, climate change and, last but not least, the election of Donald Trump as president of the United States.

Will the world end in 2017 or anytime soon? History suggests that the end of the world is highly unlikely. But all it takes is a mistake, a series of mistakes, a natural event, or divine intervention. So, who knows?