Will Amazon Use Whole Foods to Pilot an Automated Grocery Store?

GabriellePickard view more articles
Facebook 0 Twitter 0 Pinterest 0 Google 0 LinkedIn 0
From automated checkouts in supermarkets to self-driving cars, automation is everywhere. Could we be about to witness a fully automated grocery store, paving its way to new controversy and doubt over the social, ethical and economic implications of automation?


Amazon could be pioneering the arrival of completely robotic grocery stores.

Supermarkets are casting a wary eye on the prospect of the American electronic ecommerce giant entering the food retail sector. Adding more fuel to their caution is the prospect of Amazon embarking on the whole foods industry with a fully automated store.

Amazon has not kept plans to move into the grocery sector a secret. Ten years ago, the commerce conglomerate launched Fresh, a food delivery service in the US. In 2016, Amazon launched Fresh in the UK, after signing a deal with the popular UK supermarket chain, Morrisons.

Whole Foods is an American supermarket chain that features foods that are exclusively without artificial flavors, colors, sweeteners and preservatives. The company was founded in 1980 and has around 460 stores. Nine of these stores are located in the UK where Whole Foods has been operating since 2004.

Amazon is known for its innovation and not being afraid to set new standards in ecommerce and retail.

Since the Amazon takeover of Whole Foods was announced, concerns have been voiced about the prospect of automating the retail industry. As (2) Fortune writes:

“Amazon’s acquisition of Whole Foods has triggered a fresh wave of teeth-gnashing over the robotic replacement of supermarket cashiers and warehouse workers.”

However, in the next breath, Fortune points out how jobs such as checkout and warehouse workers have been in decline for a number of years, due to automation. Fortune goes on to say how the technology that eliminates fundamentally assembly-like jobs, such as cashiers in supermarkets, creates new jobs. 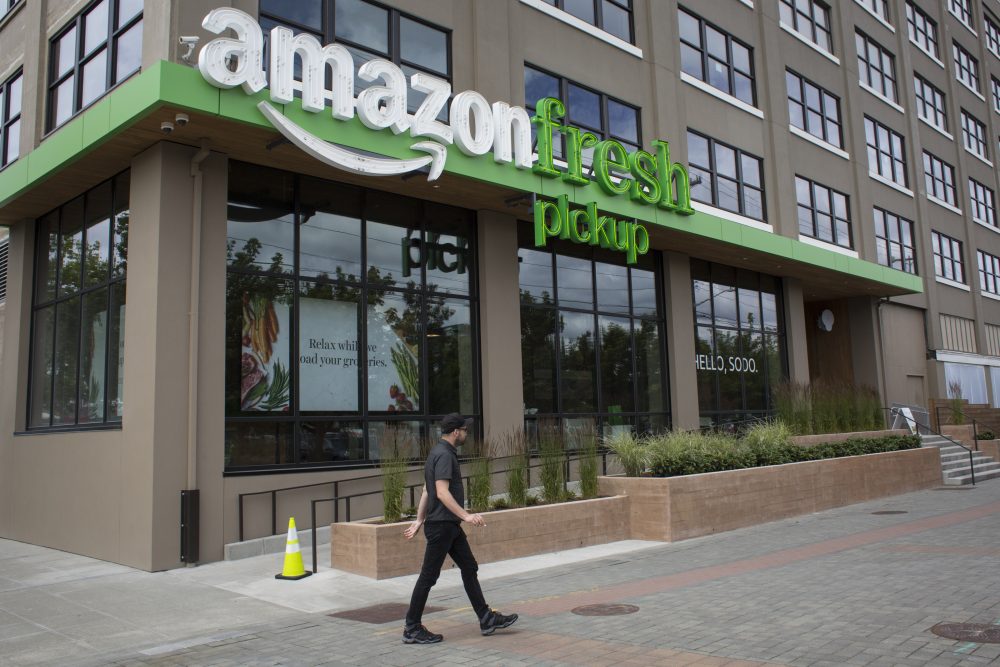 According to Fortune, what is more worrying is the prospect of artificial intelligence taking over the work of, what it refers to as “deeply human jobs”, such as accountants, financial advisors and lawyers.

That said, for the likes of cashiers and warehouse workers who don’t have many qualifications or skills in other jobs and sectors and rely on their jobs to earn a living, the prospect of losing their job to automated machinery, may be worrying.

A (3) study carried out by the British Retail Consortium in 2016 found that automation may put a third of a million retail employees out of work during the next eight years.

Contributing to the losses of these traditionally low paid, unskilled retail jobs is the rise in competition, the growing trend for online shopping and, in the UK, the rise in the minimum wage.

Though it is advances in technology that is likely to accelerate such job losses the most. As (4) The Guardian points out:

“Robotics and artificial intelligence are moving to eliminate all kinds of work that had seemed reserved for humans, even those tasks that had appeared too personal or lowly paid to be vulnerable.”

Amazon, whose (5) warehouse operations are no stranger to controversy, accused of practicing unethical working practices including ‘dehumanizing’ its staff to deliver millions of gifts in time for Christmas, could be the first to introduce more comprehensive automated warehouses and food stores.

As The Guardian wrote in 2016, Amazon is “hoping to produce robot pallets that will steer themselves to the workers who need them.”

Amazon’s founder Jeff Bezos seems to have a penchant for robots and automation. The (6) billionaire entrepreneur was seen enjoying himself, piloting a giant-sized mechanical robot at a top-secret Amazon conference earlier this year.

Could it be that Amazon’s takeover of Whole Foods marks the signal of the roll out of automated grocery stores, where human employee interaction is not required?