GabriellePickard view more articles
Facebook 0 Twitter 0 Pinterest 0 Google 0 LinkedIn 0
Snopes, the so-called fact-checking, myth-busting website, is in the throes of an ownership dispute. It’s embroilment in a bitter legal clash led the site to raising more than $500,000 from public donations in just one day.

In a letter on (1) SaveSnopes.com, the fact-checking website announced it needs the public’s help or is in danger of closing its doors.

In its letter, Snopes admits it has been cut off from its historic source if advertising income. The contractual relationship with an outside vendor which provided certain services for Snopes, ended earlier this year and, according to Saves Snopes, “continues to essentially hold the Snopes.com website hostage.”

The letter continues that despite Snopes.com maintaining editorial control, “for now”, the vendor is refusing to hand over the hosting of the site to Snopes’ control. Consequently, Snopes.com is unable to modify, develop or place advertising on the site.

“The vendor continues to insert their own ads and has been withholding the advertising revenue from us,” Snopes.com informs its readers.

The myth-busting site says its legal team are fighting hard to save the site, but without any revenue coming in to pay to maintain the site and finance legal fees, is facing the prospect of closure.

Also referred to as the Urban Legends Reference Pages, Snopes was created in 1995 by married couple David and Barbara Mikkelson. In 2003 the couple founded Bardav, Inc, the trademark of Snope.com. 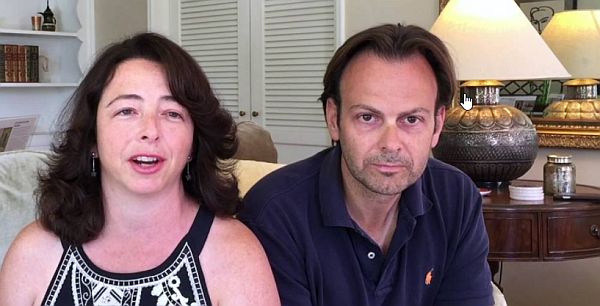 Both David and Barbara had one share of the company but in 2014 the couple filed for a divorce, forcing ownership negotiations of Bardav Inc and Snopes.

As the (3) BBC reports, it was in March 2017 that relations between Snopes and Proper Media started to crumble. The site’s co-founder, David Mikkelson, cancelled the contract between the two companies.

Mikkelson claims Proper Media continued to post advertisements on Snopes without sharing any revenue and refused to recognize the ending of the contract.

Snopes’ founder says the contact states either party can terminate the contract at any time and for any reason. Mikkelson told the BBC:

“Proper Media has no valid legal grounds for contesting the perfectly legal cancellation of a contract – one that they themselves drafted.”

However, Proper Media argue that because Mikkelson is not the sole director of Snopes, he does not have the authority to terminate the contract.

“Today’s post only confirms Proper Media’s allegations that Mr. Mikkelson has drained the company’s bank accounts and is unable to operate Snopes profitably without Proper Media’s expertise and management.”

Tech Crunch spoke to David Mikkelson, who denied all Proper Media’s allegations about mismanagement. Mikkelson also contests that the advertising agency owns half of Snopes and Bardav.

“It’s not like we were having financial problems, but as long as I was basically running the entire operation there was no way we were going to grow,” David Mikkelson told Tech Crunch.

Mikkelson reiterated that the contract could be cancelled at any time by either party and that’s what he did.

Snopes.com aims to generate $500,000 through crowdfunding to cover operating expenses, such as staff salaries, travel and other overheads, to get them through to the end of the year. 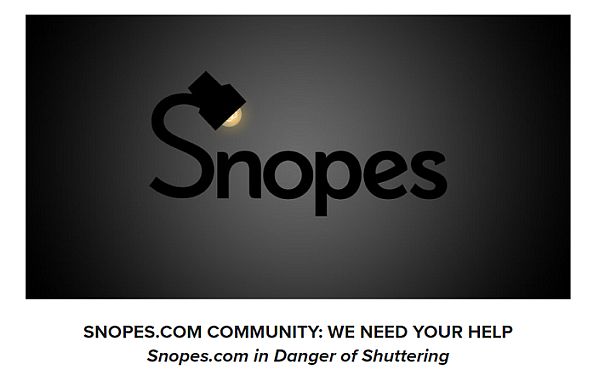 “There’s no telling how much we’re going to have to end up frittering away on legal fees,” said Mikkelson.

The ongoing legal battle is far from the only scandal Snopes.com has been involved in. As Top Secret Writers reported in July 2017 (5), claims were made that the fact-checking site was involved in accepting money from Monsanto in exchange for debunking articles that claim pesticides produced by Monsanto cause cancer.

Allegations have been circulating that the CEO of Snopes had been found to be deliberately ignoring facts in order to make greater amounts of profit.

As both parties in the bitter legal battle over the ownership and rights of Snope.com continue to “cherry pick” the details, the dispute shows little sign of being solved any time soon.