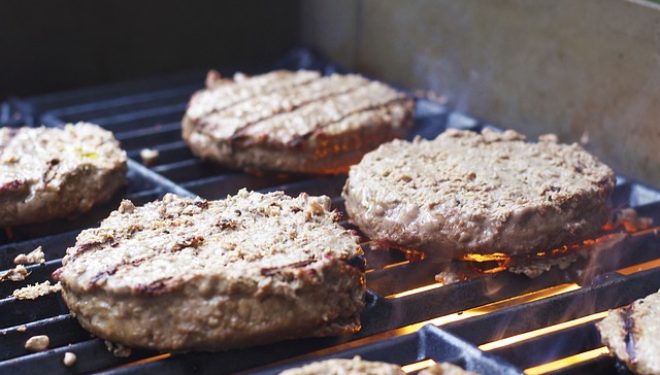 SallyPainter view more articles
Facebook 0 Twitter 0 Pinterest 0 Google 0 LinkedIn 0
This veggie burger isn’t like any other. Impossible Foods has developed what it touts as a substitute for real hamburger.

According to Wired, this soy plant-based burger sizzles and smells like real hamburger and it even bleeds (1).

Wired reports that Impossible Foods spent nearly six years engineering this veggie burger and claims it even tastes and feels like ground beef. One of the arguments for having such a tasty substitute for real hamburger is the savings of vast amounts of water and feed required to raise livestock for consumption.

It’s even possible that this burger could help fight world hunger and require less water and real estate than livestock to produce it.

It’s All About Heme

According to Wired, Impossible Foods focused on what they believed to be “the essence of a meat” – heme. If you’ve ever wondered what makes a hamburger taste, smell and look the way it does, the answer is heme, or more specifically, the “iron in the heme molecule”.

What the researchers discovered is how basic the science is. They tried all kinds of ingredients/methods before recognizing that globins (proteins) are found in meats and plants. The heme compound is found in hemoglobin (a blood protein). Heme is also found in animal muscle protein (myoglobin) as well as being present in plants (leghemoglobin.)

What Impossible Foods began considering was the relationship between plant and meat globins. They recognized that both contain a 3-D structure that encases the heme. Unfortunately, simply extracting heme in soy roots wasn’t feasible. Wired reports that, “One acre of soybeans would yield just a kilogram of soy leghemoglobin”

CEO and founder Pat Brown created a solution through genetic engineering. That solution examined the genes responsible for coding soy leghemoglobin protein. These were extracted and then placed in yeast. Just as you would feed a yeast starter for a bread, like sourdough, the scientists fed their yeast with sugar and minerals.

The yeast grew and produced heme. In fact, there was such a significant amount produced that it could easily replace the exorbitant requirement of conventional field soy production. 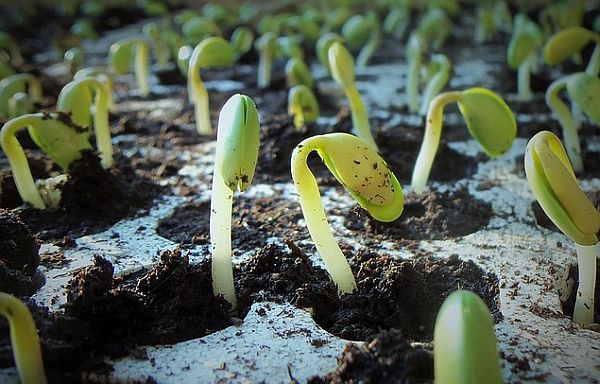 Impossible Foods boasts that their fake burger only requires 1/20 the land used for livestock production. The water requirements are only ¼ compared to the amount needed for cattle. When it comes to greenhouse gas emissions, Impossible Burger wins over livestock once more.

The fake burger production only creates 1/8 the amount of greenhouse gas emissions unlike the methane gas from livestock waste (2).

This was the first of several hurdles the company had to clear in its ambitious goal of a veggie burger that was impossible to distinguish from a real hamburger.

According to Wired, Impossible Foods used a “gas chromatography mass spectrometry system” to nail down the exact compounds found in a hamburger. This allowed the company to identify each compound that contributed to the aroma of cooking hamburger meat. Once identified, the aroma compounds and their responsible proteins and properties were matched up with those of plants that could duplicate the aromas.

When it came to the needed texture, the scientists turned to potato protein. This was also incorporated into the fake burger to give it the right texture. Next was the fat found in hamburger. The team choose coconut with the flavor removed. It turned out to be the perfect fat substitute for their Impossible Burger. Textured wheat protein was also included.

These were then combined with the heme and voila, the Impossible Burger was created. According to Wired, this veggie burger really does look, smell, taste and feel like a real hamburger.

It may be a while before you can test out this claim for yourself. While Impossible Burger is currently sold in a few restaurants in nearly a dozen states, it still has not received FDA approval, so you won’t find it in your local grocery store, just yet.

Wired explains that in the company’s attempt to be transparent, it filed a GRAS (safe food notice) with the FDA. The GRAS is strictly voluntary, but the company had created what is considered a new ingredient “Leghemoglobin”. It seemed like a simple thing to get the FDA to approve Leghemoglobin, but the FDA denied the 2015 GRAS.

The FDA expressed concerns over the soy roots, which aren’t a common food source/ingredient. Another concern was the genetically engineered yeast. Wired reports that the FDA had misgivings about the potential toxicity and safety of the “40 other normally occurring yeast proteins that end up in the burger.”

With the FDA holdup and the debate that ensued over the GRAS notice being voluntary instead of mandatory, Impossible Foods withdrew its GRAS notice and began new tests in hope of addresses the FDA’s concerns.

The FDA contends that, “just because proteins have similar functions or similar three-dimensional structures, doesn’t mean that they’re similar.” The FDA is concerned over the amino acid sequences and how these changes might impact humans.

It may be some time before the average consumer has the opportunity to test the Impossible Burger for themselves.

If FDA approved and if the burger lives up to its hype, then it could possibly revolutionize the vegan industry and possibly offer hope for feeding a growing world population.