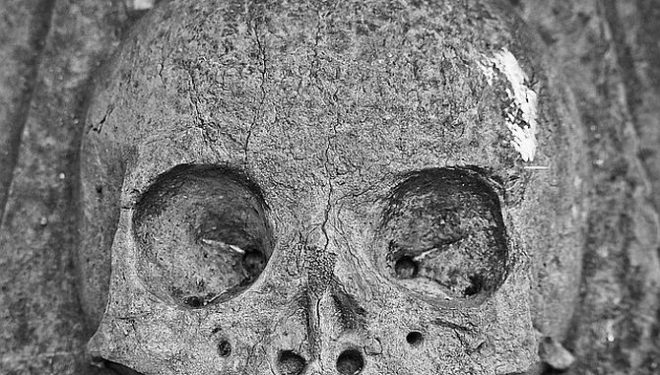 Mark Whittington view more articles
Facebook 0 Twitter 0 Pinterest 0 Google 0 LinkedIn 0
Everyone is familiar with some conspiracy theories: Man never landed on the moon. JFK was assassinated by a group of right-wing oil men. 9/11 was an inside job.

However, a host of conspiracy theories are circulating out there that are more obscure, but also more entertaining than the tried and true ones.

The recent Great American Eclipse has wrought a number of conspiracies, using the old tradition that phenomena in the sky always herald disaster.

1. According to the New York Post (1), David Meade believes that the eclipse is a herald for the long-awaited planet Nimbru, which will collide with the Earth on September 23, 2017.

2. Astrologer Rebecca Gordon suggests that the eclipse is a sign from God that President Donald Trump better toe the line and mend his ways.

3. Another astrologer, Shelly Ackerman, thinks it’s bad news for Trump regardless. Eclipses have often presaged the deaths of rulers.

4. According to USA Today (2), the eclipse heralded the reappearance of a number of strange creatures. The eclipse was supposed to open a rift into alternate realities and allow for the emergence of such legendary creatures as the Lizard Man and the Moss Man that once stalked the wilderness of South Carolina.

5. Alex Jones, the radio talk show host, is always good for a number of bizarre and imaginative conspiracy theories. The most famous one he promoted was called “Pizzagate”, which alleged that a Washington D.C. pizza parlor was a front for a child sex trafficking ring. Jones had to recant the allegation, but not before the story got involved with the death by hanging of Soundgarden frontman Chris Cornell (3), who apparently overdosed on anti-anxiety pills. The Detroit Metro Times reports that some on the Internet hold with the idea that Cornell was murdered because he was about to find out the truth about Pizzagate. 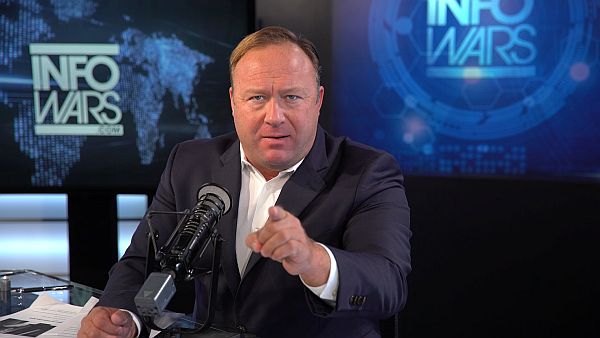 6. Jones also hosted a guest on his show (4) who claimed that NASA was running a child sex trafficking ring on Mars. The kidnapped kids are not only being forced to work in a Martian colony but are being harvested for their bone marrow and their blood. NASA was obliged to issue a denial that anyone, not to speak of kidnapped children, is on Mars.

7. Jones has more recently advanced the idea that President Donald Trump is being slowly drugged by people who want to take control of him and thus the presidency. (5)

8. Mashable is reporting (6) on a Twitter rumor that has charted the locations of a number of Outback Steakhouses. It seems that in a number of cities, if one draws line between the locations one can make a pentagram. The pentagram is a symbol in Freemasony, not to mention pagan groups and Satan worshipers. The chain, which is owned by a company called Bloomin’ Brands in Tampa, Florida (not Australia, as the name might suggest) has no known connection with any of these groups. 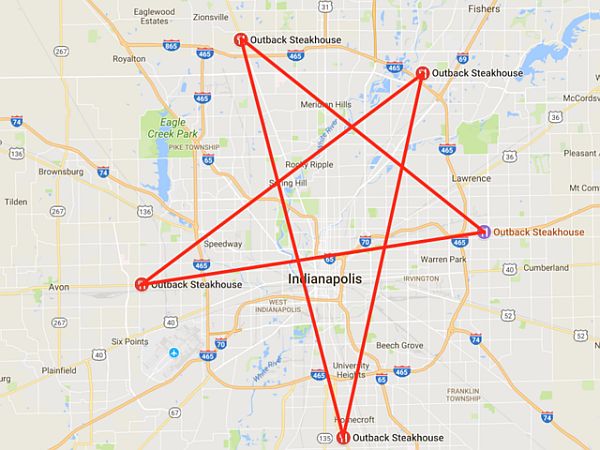 9. A conspiracy theory has arisen concerning the radio host Rush Limbaugh and Hurricane Irma (7). Some media outlets have falsely suggested that Limbaugh was claiming that the hurricane was not particularly dangerous, even as the radio talk show host absconded from his base at West Palm Beach for California. Limbaugh actually said that Irma and other storms were being hyped to advance the climate change cause, an issue that he is skeptical of. He has also stated that the hurricane was being used to sell bottled water, a commodity that usually sells out when hurricanes approach. Limbaugh suggested to his listeners that they should fill containers with tap water and save money, actually a good suggestion as long as the water system is safe.

10. Finally, everyone knows about the Russian collusion conspiracy theory that suggests that President Trump plotted with Vladimir Putin to steal the 2016 election. The story had died out to some extent but recently gained new life when smoke started billowing from a window of the Russian consulate in San Francisco (8) the day after Trump ordered it closed. What documents were being destroyed, and what did they pertain to? The reader is invited to judge.