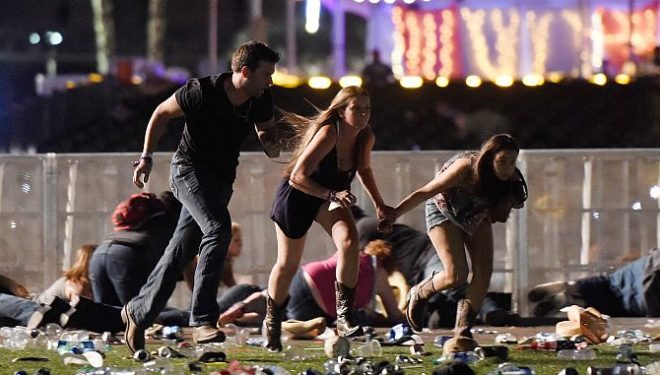 GabriellePickard view more articles
Facebook 0 Twitter 0 Pinterest 0 Google 0 LinkedIn 0
The shooting in Las Vegas on 1 October 2017, in which a gunman opened fire on an outdoor music festival, killing 58 people and wounding hundreds more, is the deadliest mass shooting in the history of modern America. Like with many tragic and catastrophic events, the Las Vegas mass shooting has been a breeding ground for conspiracy theories.


Islamic State may have been responsible for the massacre

When an unprovoked tragedy on this scale occurs, it doesn’t take long for the finger of blame to get pointed to Islamic State. As Snopes notes, a propaganda arm of IS tried to claim responsibility for the attack. Though IS being responsible was quickly ruled out by investigators.

Social media was ablaze with (2) claims of a “mystery woman”, who ran through the festival 45 minutes before the shooting occurred, shouting warnings of “You’re going to die” and “They’re surrounding us.”

However, it later emerged that the witness who spoke of the ‘mystery woman’, took back her claim.

One such video was titled the ‘Government Staged Las Vegas Mass Shooting’. The video quickly generated over 300,000 views. Other short films on YouTube even suggested the shooting may not have happened at all.

The false footage and conspiracies on YouTube were condemned by many. Stephen Melanson, who lost both his wife and his daughter in the attack, told (3) The Guardian, YouTube should remove the footage which suggests the massacre wasn’t real. 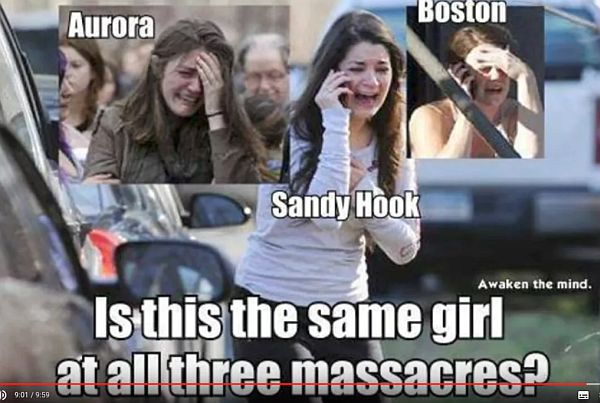 “When I see my wife fighting for her life with a gunshot wound to her chest, and my daughter was also shot, it’s pretty conclusive evidence that it did happen,” Stephen Melanson said.

How does a man come to own $100k worth of weapons without being noticed?

Questions have been asked about the massacre and how and why the shooter did what he did. (4) Townhall.com lists some pretty ludicrous questions related to the shooting, which are suggestive there was an ulterior motive, a hidden conspiracy we are not supposed to know about.

One such question was ‘How does one man come to own $100k worth of weapons without being noticed?

In its response to the question, Townhall noted how the shooter was rich.

“As far as what we know right now, all guns were purchased over a period of time from multiple vendors. Every dealer and serious collector at a gun show has that many or more, and they are not psychopathic mass murderer candidates,” writes Townhall.

There may have been additional shooters

Michael Synder, a conservative author from Bonners Ferry, came (5) under criticism by posting an article on his blog titled The Economic Collapse, titled “16 unanswered questions about the Las Vegas shooting that the mainstream media doesn’t want to talk about.”

One of the questions Synder asked was were there additional shooters, claiming a taxi driver has caught video evidence of an automatic weapon being fired from a lower level window. Synder linked his claims to a video on YouTube, which has since been removed by the user.

According to the social media tracking site CrowdTangle, Synder’s post has been viewed more than 12 million times.

Another conspiracy theory circulating about the Las Vegas shooting is that the shooter may have been, like other mass shooters, affected by drugs used to treat psychotropic conditions, such as antidepressants and benzodiazepines.

Such an suggestion was made on a tweet by The Free Thought Project, which posted an image of eight notorious mass shooters, accompanied with the text:

“All of these mass shooters, were on psychotropic drugs but I don’t hear anyone call for stronger prescription control.”

Though as Snopes notes, no evidence has been found that the mass shooters shown on the tweet were “credibly suspected to have suffered a psychiatric episode due to report use of the substances.”

Giving conspiracy theorists fodder for their conspiracies is the wealth of attention and excitement such theories always tend to attract. Similar to how it is troubling that (6) President Trump is an advocate of conspiracy theories, it is the attention and excitement some of the most ludicrous of conspiracies attract, as we have seen in the wake of the mass shooting in Las Vegas, that is perhaps most worrying.