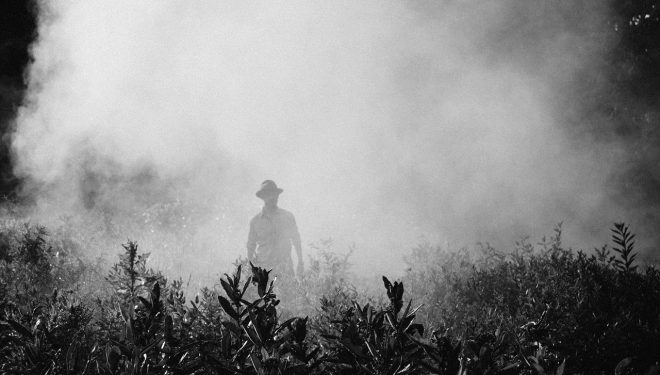 SallyPainter view more articles
Facebook 0 Twitter 0 Pinterest 0 Google 0 LinkedIn 0
Ever since the public became aware that Monsanto and other crop growers had genetically modified staple crops, such as corn, soy, wheat and oats, controversy over the glyphosate (Roundup) resistant crops has grown.

In fact, many lawsuits have been brought against the Agra-giant with claims of health issues caused by chronic exposure to the herbicide.In 2016, the World Health Organization (WHO) declared glyphosate a probable carcinogen to humans. Even the EPA came under fire for a 40-year cover-up of the harmful effects Roundup has on humans (1).In 2015, France banned the sale of Roundup and other glyphosates (2). And, in 2014, the Argentina publication Página/12 published an article titled “FUMIGATIONS DOUBLE THE NATIONAL CANCER DEATH RATE – Insecurity in the field”.The article cited a growing epidemic of young agricultural workers dying of kidney and other cancers claimed to be caused by exposure to Roundup (3).

The study covered the last 23 years, starting from the time GM (Genetically Modified) crops were first introduced into the food chain (1994) to an unsuspecting populous. Even today, many consumers don’t realize they are ingesting Roundup when they eat GM foods (4).

The researchers at UC San Diego Health compared data they had gathered for the “excretion levels of glyphosate and its metabolite aminomethylphosphonic acid (AMPA) in the human body.”

While corn and soy crops were the first crops to be genetically modified, so the crops could endure heavy spraying of Roundup, other crops, such as wheat and oats soon followed.

According to Paul J. Mills, PhD, UC San Diego School of Medicine professor of Family Medicine and Public Health and director of the Center of Excellence for Research and Training in Integrative Health, the use of Roundup on Roundup Ready GMO crops increased “15-fold over that 23-year span.”

70% in Study Had Detectable Glyphosate Levels

In March 2017, the OEHHA (Office of Environmental Health Hazard Assessment) Science for a Healthy California added glyphosate (Roundup) to its “list of chemicals known to the state to cause cancer for purposes of Proposition 65 with a delayed effective date due to the pending case Monsanto v OEHHA.”

The outcome of Monsanto’s court trial to counter the decision failed. The company appealed the court ruling, but the California government added glyphosate (Roundup) to the Proposition 65 List in July 2017. (5)

Mills points out that the majority of adverse effects on health when exposed to glyphosate (Roundup) have been done with animals, not humans. Animal studies have proved that animals fed “ultra-low dosage of glyphosate” created liver disorders. Many of the resulting illnesses resembled “nonalcoholic fatty liver disease in humans”.

Due to the growing exposure to glyphosate in the foods that people consume, Miller stated there is “an urgent need for studies to thoroughly examine the impact on human health.”