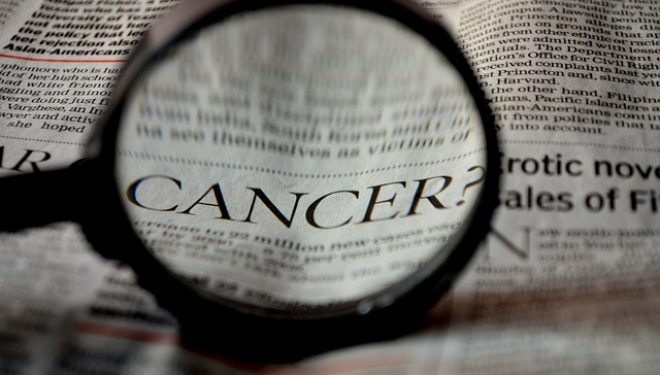 Encouraged by the results, the team believes that their creation will soon become part of “hyperthermic-thermotherapy” for cancer patients. The Erueka Alert (The Global Source for Science News) reported in October 2017 that the long-used thermotherapy treatment often damages healthy cells.

The recent study announced in Nanoscale publication explains that cancer tumors treated with controlled temperatures between 107.6°F to 113°F “can be weakened or killed without affecting normal tissue”.

According to Dr Wei Zhang, Associate Professor from Dalian University of Technology, the traditional use of magnetic induced hyperthermia for malignant tumors has limitations. Those limitations are due to the inability to control the temperature so healthy tissue isn’t also damaged. Zhang states that by modulating the nanoparticle magnetic properties so it is self-regulating, the attempts to control and monitor will then be eliminated.

The team’s research is considered a major breakthrough for nanomaterials. The scientists successfully made the Curie temperature needed to kill cancer cells fall “in the range of hyperthermia temperatures” through the self-regulating nanoparticles. This means cancerous tumors can be treated without the concerns of damaging healthy tissue.

The Curie Temperature was named for the scientist who discovered it, Pierre Curie. He discovered this temperature point causes sharp changes in permanent magnetic properties. The Curie Temperature point differs with each material. For example, cobalt has one of the highest Curie point of 2,050 °F. When cooled below their Curie points, the materials’ magnetic atoms spontaneously realign (2).

In February 2015, Phys.org reported that scientists had discovered that when heated, magnetic material could “fry cancer cells at the perfect temperature.” (2)

The scientists wrote they’d increased magnetic material (La-Fe-Si-H). “by more than 20 K in less than a minute—and then abruptly stops and does not increase any further.” Their research showed that self-regulating heating power could be made at the right temperature meant it was safe to use in a “form of hyperthermia treatment of cancer cells.”

La-Fe-Si-H is a “well-known magnetocaloric material.” This material heats up whenever it is exposed to a magnetic field. This treatment differs from the recent advancement of nanoparticles. The rapid change in heat is caused by the material’s magnetic response to the temperature increase.

With the recent breakthrough technology, the nanoparticles can deliver a targeted treatment to cancer cells only, preventing damage to healthy tissue. The Zn-Co-Cr ferrite nanoparticles used in the study stop the heating process when the temperature reaches 113°F through self-regulation. In addition, the nanoparticles have a very low toxicity range, which means there should be “no permanent damage to the body.” (3)

Manufacturing Chemist reports that Professor Ravi Silva, Head of the Advanced Technology Institute at the University of Surrey, said:

“This could potentially be a game changer in the way we treat people who have cancer. If we can keep cancer treatment sat at a temperature level high enough to kill the cancer, while low enough to stop harming healthy tissue, it will prevent some of the serious side effects of vital treatment.”

It remains to be seen when this treatment will be available to cancer patients. Such scientific breakthroughs can potentially revolutionize medicine and the treatment of diseases.