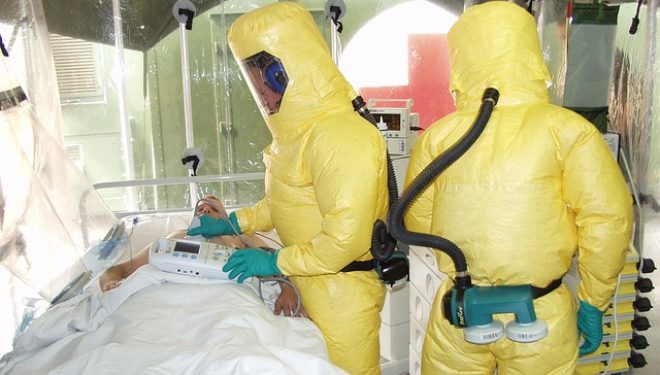 They hid their relatives, spreading the disease further out of distrust of the governments and later the vaccine developed. One group of medical professionals was attacked by villagers and had to turn back.


Fraught with superstitions and distrust, the villagers were very difficult to convince that the medical teams were not infecting the people, but were there to help. The rumors had spread that Ebola was a bioweapon being tested on the unsuspecting regions.

The rumor mill declared that the sick were taken to infirmaries where they were killed through government sponsored testing. These rumors turned into several conspiracy theories.

The Ebola virus initially had a very high fatality rate due to the time lapse between contracting the disease and seeking medical attention. By the time many of the infected turned to modern medicine, the disease had progressed beyond the point of return. This spawned the rumor that to seek out medical assistance was to condemn the sick to a death sentence (1).

The WHO’s (World Health Organization) rush to stem the epidemic was met with nearly insurmountable challenges such as these fears, rumors, superstitions and a lack of government cooperation in many cases. Another conspiracy theory declared the Red Cross had actually injected the Ebola virus to unsuspecting victims.

The conspiracy theory that Red Cross was the vehicle used to infect Ebola victims was quickly followed up with the massive storage of 500,000 FEMA coffins in Madison, Georgia. This so-called coffin yard was debunked in May 2012, but new life was breathed into the conspiracy that the plastic coffins were preparation of the Ebola virus spreading throughout the US.

As with any fear-mongering rumors, the Internet buzzed wild with this conspiracy. Few bothered to research what these plastic “coffins” were and why they were being stored in Madison, Georgia. The May 2012 article featured in the Morgan County Citizen explained that the number was highly exaggerated, and the plastic bins were grave vaults, not coffins. 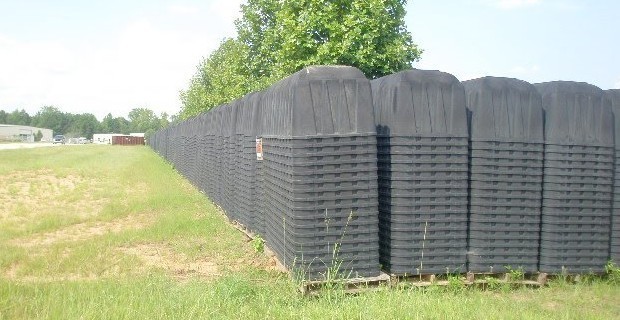 The manufacturer’s cheapest and most popular burial vault (Vantage Standard Air Seal model in black) is stored on the land that the company has leased for several years. The burial vaults are on pallets and are moved in and out the storage area regularly.

The news media often created or perpetuated some of the conspiracy theories, such as a September 2014 article published by The Daily Observer (Liberian newspaper) that alleged the Ebola virus was a US military bioweapon designed in the New World Order’s (NWO attempt to depopulate the planet (3).

The publication incited online outrage and accusations that the CDC (Centers for Disease Control and Prevention), working with Big Pharma had patented the virus, just so it could then turn around and sell its newly created vaccination against the deadly Ebola. Others favored the NWO as the money behind the Ebola virus (5).

This theory alleged that the NOW planned to generate quarantines that would produce travel bans that in turn would open the doors for martial law.

Quarantines and travel bans work to contain outbreaks, yet fear-mongers warned these were just the beginning to be followed by martial law and world domination. However, the quarantines helped to contain and stop the outbreak from becoming a pandemic. Had the NWO planned to use Ebola to depopulate regions of the world, then quarantines and travel bans would do just the opposite. Still, conspiracy enthusiasts maintained these were part of the NOW plans to kill off millions of people (6).

While the actual cause of Ebola has yet to be determined, the CDC surmises from studying similar viruses that Ebola is an animal-borne disease. It’s believed that the mostly likely candidate is bats (4).

This conclusion is based on ” Four of the five virus strains occur in an animal host native to Africa.” The virus is transmitted by coming in direct contact with:

As in many instances when high-profile topics incite social media, some celebrities feel the need to voice their opinions, whether based on truth or reason. Chris Brown made an outrageous tweet for his 13 million followers stating, “I don’t know … but I think this Ebola epidemic is a form of population control.”

This kind commenting did little to cool the flames of conspiracy theories (7).

Anytime there is a world event or unusual turn of events, conspiracy theories pop up and consume many social media outlets. The rumors surrounding Ebola continue and will most likely remain even if a natural animal-cause is discovered.