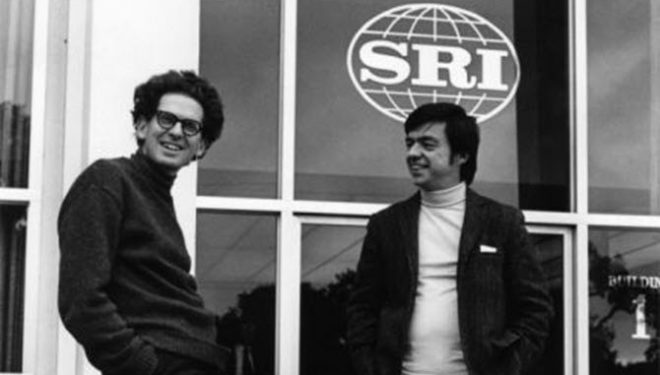 Hal Puthoff was an up-and-coming young Navy scientist in the 1960’s, who let the influence of Scientology crumble his chances of ever having a legitimate scientific career.

This observation comes after examining the evolution of Hal Puthoff’s scientific studies from the 1960’s onward.

To understand what happened to this young scientist, it’s important to go back to his earliest work, and observe how his behavior and scientific pursuits changed after his exposure to the unorthodox religious practices of the Church of Scientology.

According to author Jim Schnabel’s book Remote Viewers: The Secret History of America’s Psychic Spies, Hal served at the NSA in the early 1960’s after serving in the Navy. Hal had served as an officer in the Navy from 1960-63 at Ft. Meade. He later stayed on as a civilian.

After his doctorate at Stanford University, Hal became a lecturer in the electrical engineering department, and supervised Ph.D. candidates in EE and applied physics.

In 1970, at the age of thirty-three, he obtained a patent on a tunable Raman (infrared) laser that he had invented. Many Ufology websites have the patent number incorrectly cited – it is actually patent # 3624421. 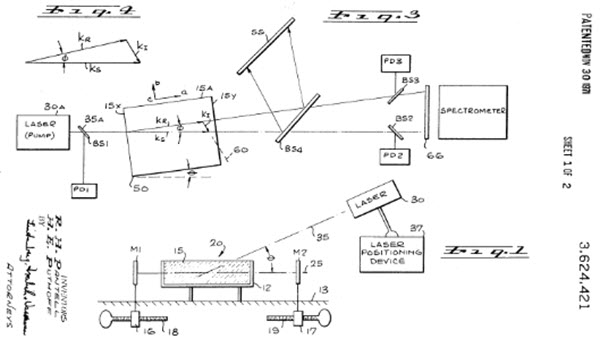 In addition to this early success, he co-authored a textbook entitled Fundamentals of Quantum Electronics, which became a standard volume in physics at many Universities at the time.

According to Ingo Swann, in his online book Superpowers of the Human Biomind, he writes:

The field of laser physics was on a great upswing by then, and by all accounts, as many later told me, Hal Puthoff was destined for laser engineering limelight, a field in which his scientific reputation had already achieved luminosity. A short while earlier in New York, Cleve Backster had advised me that Puthoff was a genius.

However, something odd occurred in the early 1970s, when Hal Puthoff took a detour from his skyrocketing career in laser physics. He started exploring “soft science” ideas, which had very little at all to do with his earlier scientific work.

What happened to Hal Puthoff?

Ingo Swann explained this quandry in his book as follows:

“How and why it was that Hal’s interests changed from laser physics to biofield measurements was never clear to me, and so I’ll not be able to articulate much in this regard. We did discuss the matter, but somehow whatever we discussed has faded.”

It’s unfortunate that Ingo forgot (or refused to share) what Puthoff told him was his reasoning for changing his path of scientific inquiry.

Ingo’s point above is an important one. What could have prompted a genius physicist, on a stellar upward track of accomplishment and success within the field of laser physics, to switch to a field most contemporary physicists would, even today, consider career suicide?

Why, between 1971-1972, did he suddenly divert his entire career path from the very successful field of laser physics, to “biofield measurements”, and parapsychology?

Coincidentally, during the 1960’s, Hal Puthoff had also joined the religious organization of Scientology, led by L. Ron Hubbard.

According to a link provided by Robin Adair’s History of Remote Viewing, this particular date describes Hal’s involvement at that point as follows:

“NSA’s Hal Puthoff somehow has gotten past L. Ron Hubbard’s prohibitions against government spy agency personnel being allowed access to upper-level Scientology, and has progressed up the Scientology levels to the recently-released OT VII, the highest level available.”

The document (Adair’s research) goes on to explain that at that point, in 1971, Hal had access to all the classified documents that only the highest level OT’s could obtain. Many of those documents, later captured during FBI raids, revealed Hubbard’s developed “technologies” to enlighten an individual and “tap” into temporal abilities.

Hal dove deep into his Scientology belief system, as Adair describes Puthoff as going so far as to write about his own “success story” in a Scientology publication.

“He writes a success story for a Scientology publication about having completed OT VII, saying that on a weekend he had stood outside a locked building and remotely viewed information he wanted from a building directory that he couldn’t physically read from the doorway, then verified later, when the building was open, that what he had viewed remotely had been accurate.”

If there is any question regarding the spiritual and psychological impact that reaching OTVII in Scientology had on Hal in 1971, one only needs to read how he describes his feelings and state of mind only three years later, in January of 1974, after completing “Dianetic Auditing” at Scientology’s Celebrity Centre in Los Angeles.

In the success story he wrote, published that year in Celebrity magazine, he wrote:

“Having totally completed Dianetic Auditing, I must say I have an incredibly good feeling about: creating life games; my ability to play them hard and well; and a feeling of absolute fearlessness. He represented himself to the Scientologists as a ‘Professor, Stanford Research Institute’.”

Another catalyst of change at the time was the fact that in 1971, while Puthoff had joined SRI to assist with a laser-related project, funding essentially dwindled.

Jeffrey T. Richelson (Ph.D), a political science academic from the University of Rochester in 1975, and senior fellow at the National Security Archive in Washington, is quoted in The Wizards of Langley: Inside The CIA’s Directorate of Science and Technology as describing Hal Puthoff at this time, as follows:

“Four years earlier, Puthoff had experienced a number of personal and professional changes. Separation from his wife, a visit to the Esalen Institute, and boredom with teaching in Stanford’s electrical engineering department had been followed by his moving over to SRI, which had close ties to Stanford University but was funded largely by government contracts. “

It’s interesting to note that we have the first inkling of a very clear answer to our earlier question.

Why did Hal leave a promising career in laser physics to pursue psychic phenomenon? Suddenly, instead of diving into advanced applications of laser physics, young Puthoff was exploring what he believed to be real paranormal phenomenon related to Scientology’s e-meter.

For those who aren’t aware, the “e-meter” is nothing more than a basic electronic gadget that measures the galvanic response of skin when small voltage is applied. The concept is to measure emotional response, not unlike the modern-day lie-detector.

We now know that part of the answer was that he was bored with the real science he was practicing.

On top of that, life stress and exposure to what he believed at the time was a real paranormal experience during his Scientology religious practices — all collided at the same time.

“Puthoff joined SRI to assist with a laser-related project, but when funding dwindled, he sought permission from his boss and obtained $10,000 from the part-owner of a fried-chicken franchise to test for the existence of psychic abilities.”

When Religion and Science Collides

Why psychic abilities? Why would Puthoff shift from legitimate, evidence-based science to the field of parapsychology which was, at the time, based more on unscientific assumptions and faith-based principles?

Based on his own writing, it is apparent that his beliefs in Scientology had started to co-mingle with his scientific endeavors. In Martin Gardner’s 1998 article Zero-point energy and Harold Puthoff, Martin points out:

“L. Ron Hubbard, the science-fiction writer who invented Scientology and became its guru, wrote a book titled Scientology: A Religion. Puthoff provided its preface. In it he blasts the FDA for calling the E-meter useless. He likens attacks on Scientology to attacks made on Harvey, Galileo, Semmelweis and Copernicus. ‘Nevertheless,’ he concludes, ‘it is incumbent upon the pioneers of new developments to press forward their discoveries in the face of all opposition.'”

Obviously Puthoff considered Hubbard’s efforts with the E-meter as a pioneering effort, and a new “discovery”.

In a 1970 notarized letter written by Puthoff, and published by the Church of Scientology, reads:

“Although critics viewing the system [Scientology] from the outside may form the impression that Scientology is just another of many quasi-educational quasi-religious ‘schemes,’ it is in fact a highly sophistical and highly technological system more characteristic of the best of modern corporate planning and applied technology.“

The letter goes on to praise Scientology’s E-meter, a simple electronic device used by “auditors” to uncover a patient’s “engrams”.

Engrams, to those of you who are unaware of the principles of Scientology, are what are believed to be a “permanent change” in the brain related to memory.

“In the technical community here at Stanford, we have projects underway employing the techniques developed in Scientology.”

That statement, from a man who was earlier one of the greated young minds of the 1960s, reveals a tremendous amount about the state of mind of 30-something Hal Puthoff in the mid 1970s.

Falling Down the Rabbit Hole

He truly believed that the measurement of galvanic skin response in people, related to their memories and other parapsychological effects related to Scientology beliefs, was a valid course of scientific inquiry.

He truly believed veering off down this pseudo-intellectual rabbit hole would produce a better future than staying on his former, more promising scientific course.

Puthoff adds that Scientology is an:

“…uplifting and workable system of concepts which blend the best of Eastern and Western traditions. After seeing these techniques in operation and experiencing them myself, I am certain that they will be incorporated eventually on a large scale in modern society as the readiness and awareness level develops.”

The wording used is similar to so many people who tumble down cult-like religious paths. It reflects a belief that the spiritual practices going on within the churches of Scientology would change society.

The impact that Scientology had on Hal was no small matter. He had truly come to believe that the E-meter, essentially a basic galvanometer (invented many years earlier) was a breakthrough technology. It wasn’t.

Nor did the research ever change society, or have any significant effect at all on future scientific progress.