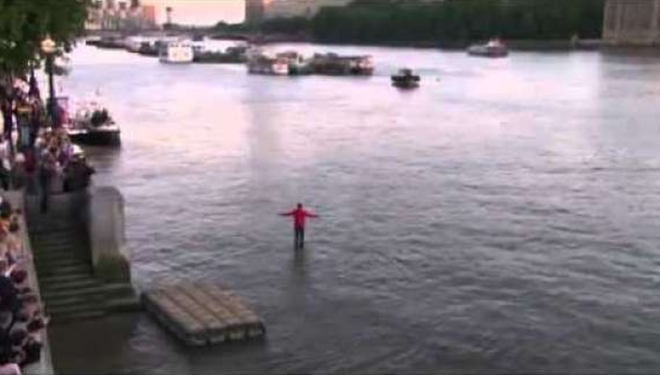 We are drawn to the unexplainable. From ancient Roman conjurers debuting the “cup-and-ball” trick to TruTV’s comical Carbonaro Effect, magic has long held its place at the forefront of civilization’s entertainment.

As magicians’ tricks grow in complexity, so do beliefs that these impossible acts are connected to sorcery or black magic.

The YouTube content creator Xendrius set out to prove as much in his series titled “Demon Magicians.” Throughout the videos, he highlights acts he deems impossible without demonic intervention, such as levitation and matter manipulation.

Xendrius’ argument is partially borrowed from Manly Hall, a well-known Freemason and follower of Aleister Crowley, who claimed in his book The Secret Teachings of All Ages that demons aid all successful magicians (4).

The book even outlines a step-by-step process to contact the demons through black magic rituals and enter into a contract where the demon serves the magician his or her life in exchange for eternal servitude to the demon after death.

Videos contradicting “Demon Magicians” followed shortly after, proving the science behind several of the tricks and debunking the involvement of supernatural entities.

Below are a handful of the now revealed tricks from the world’s top magicians. Although these acts aren’t easy, they’re not as complicated as you think.

David Blaine’s Needle Through the Hand

David Blaine, considered by some to be the greatest magician ever, has an iconic trick where he pierces an icepick through the top of his hand without drawing blood or showing any sign of tissue damage.

It goes in far enough start poking through his palm, and then he leaves it in there for a while to let spectators see and even assist him in pulling it out. Xendrius believed this to be substantiated demonic activity, but according to an interview from The Telegraph, Blaine admitted he spent years piercing his hand to gradually build up scar tissue.

“I got used to passing [a needle] through my hand, over and over. I wanted to feel comfortable with it…” (6)

The scarring caused by repetition stops the blood and makes it appear as if he’s stabbing himself without injury, when he’s actually reentering a path he created through his hand.

Blaine’s even missed the path before and nicked a nerve, causing his hand to freeze for several days (6). While not a trick, this act is simply a risky maneuver Blaine has mastered.

A court case forced David Copperfield to reveal one of his famous acts where he makes a handful of people from the audience disappear and then reappear in a seemingly impossible location.

The volunteers climb inside a cabinet which gets suspended in the air and covered with a giant curtain. After a few moments, the curtain lifts, the volunteers are gone, and then they suddenly appear in the back of the theater.

This trick baffled people until one of the volunteers got hurt in the process.

According to Copperfield’s attorney during a hearing, “once the participants leave the stage, they are funneled through passageways that snake through the MGM Grand Resort (7).”

The unlucky volunteer fell and injured himself severely enough to accrue thousands of dollars in medical debt, which tore the curtain off this magic act.

One of Criss Angel’s go-to magic tricks is levitation. Recordings show him levitating up escalators or lifting himself up onto chairs and other surfaces without any sign of video editing.

The locations change frequently, and no cords are visible to the onlookers. Levitation has long been associated with demonic entities, so it’s understandable why many would jump to that conclusion.

However, a “Xendrius Exposed” video shows Angel revealing a special pair of pants he wears that he can step out of with one leg to lift himself up and create the illusion of levitation.

The empty pantleg holds its form and clings to the shoe to give the appearance both legs haven’t moved, and the rest is all Angel. The key, he says, is “being slick” with his leg movement and diverting the audience’s attention by involving his hands.

Known to use his surroundings as a stage, Dynamo performed an extensive act where he walked on water.

It took place in the populated River Thames in the center of London while hundreds of spectators gathered to watch.

Not only impossible, the trick is also a hint at Jesus walking on water as referenced in the Bible, and Xendrius and others believe the demonic spirits perform this act through vessels like Dynamo to mock God.

How did Dynamo manage to walk across the river while boats glided about freely? The answer is extensive preparation and audience helpers in on the trick, also known as plants.

According to a video revealing some of Dynamo’s tricks, the act required plexiglass strategically placed for him to walk across the river. Two kayakers were planted near the dock and given an area large enough for them to paddle by but small enough for Dynamo to step over and continue his walk.

A police boat speeds by towards the end of the act once Dynamo has run out of plexiglass and can no longer continue the illusion. This created a memorable ending and gave him a reason to stop walking as the police collected him in their boat.

We Want to Be Fooled

Countless videos and articles show unexplainable magic acts that appear to confirm the involvement of demons, but there are nearly just as many out there, if not more, that prove the opposite.

Whether through CGI, camera tricks, micro strings, or plants, nearly all the mind-blowing acts can be proven and often replicated. Even now, you can buy a kit to complete tricks like card levitation for $40 on Amazon.

So, why are we so quick to assume the magic is actually sorcery?

According to philosopher David Kyle Johnson, the “mystery, therefore magic” fallacy is committed when one can’t find a rational answer and uses that as proof for the supernatural (10).

We watch a needle go throw a hand or a man walking on water, and when our minds can’t rationalize it, we believe the trick.

Not all tricks have been proven, and some never will be. The revealed tricks can’t confirm or deny the possibility of magicians entering into demonic contracts, but they do strongly suggest magic acts are simply tricks.

Perhaps Michael Caine summed it up best in his iconic quote in Christopher Nolan’s The Prestige:

“But you won’t find it [the answer to the trick] because of course, you’re not really looking. You don’t really want to work it out. You want to be fooled.”