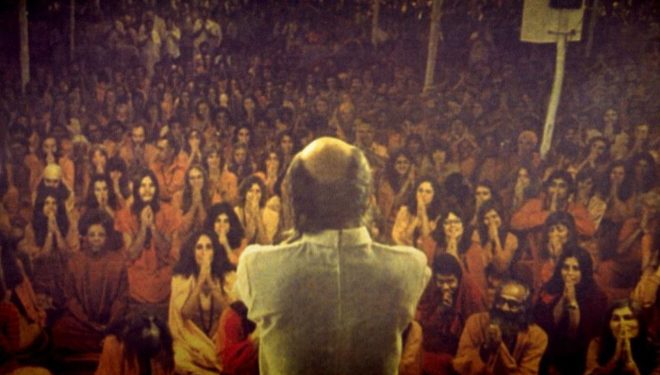 Faith is a very powerful human emotion, with the potential to do a lot of good in society. But it also has its dark side. Cults are an example of what can go wrong when faith is exploited and directed toward deviant and extreme behavior.


As a nation with religious freedom, America has had its fair share of fringe religious groups and cults.

And since cults often have destructive and sinister tendencies, many of them have come under the crosshairs of the government, often with disastrous consequences.

Cults Vs. Sects: The Ones That “BITE”

A cult in the modern era is a group that holds common religious or spiritual beliefs that are different from established religions or social norms. They often focus on a single personality (a leader), or a common goal (like preparing for Doomsday).

All religions have deviant and splinter groups. But not all of these can be considered as cults. Many popular splinter religious groups are harmless and positive sects that simply branch away from their parent religion.

In contrast, cults are considered inherently negative. Steven Hassan, a mental health counselor and a leading authority on cults (he was part of one himself), has developed the BITE criteria to identify a destructive cult:

Now, let’s take a look at two of the most infamous incidents involving cults in recent history in America. 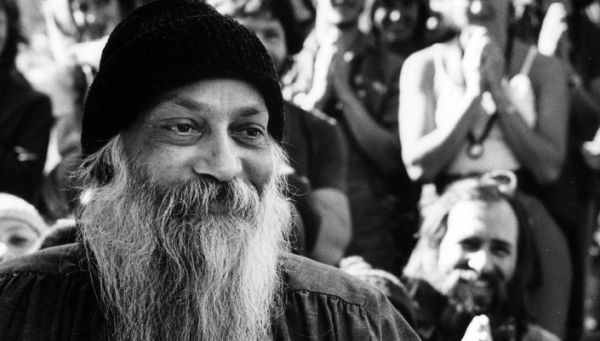 This 1980s incident has received renewed interest in 2018 due to the show Wild Wild Country on Netflix. The docu-series traces the rise and fall of the cult in the state of Oregon of all places.

Bhagwan Rajneesh or Osho was a controversial spiritual guru from India. In the 1960s and ‘70s, he built up a considerable following across the world and earned the title “Sex Guru.”

When his rejection of traditional values and religious beliefs, especially his views on free-love, landed him in hot water in India, he fled to the US in 1981.

His followers established a massive commune on a ranch in Wasco County 1981. The fast growth and expansion of the cult’s presence alarmed local citizens and government alike, leading to conflict. 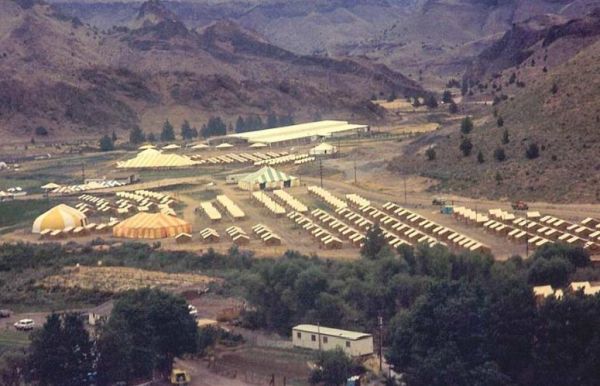 Constantly embroiled in legal battles and in a hostile media spotlight, Rajneesh withdrew into seclusion, leaving control in the hands of his lieutenants.

When the cult was denied new building permits, the leadership decided to influence the 1984 county elections to further their interests.

The plan was two-fold:

The cult leaders procured salmonella and cultured the germs in labs on the compound. The attack involved contaminating grocery stores, courthouse premises, and 10 local restaurants.

The germ attack, the first of its kind on American soil, resulted in 751 victims suffering from acute gastroenteritis. The conspiracy was revealed by Rajneesh himself, in a 1985 press conference where he disowned his lieutenants as fascists.

The perpetrators were arrested in West Germany and extradited to the US for prosecution. Rajneesh was not prosecuted for the bio-terror attack, but he was charged with immigration policy violations and deported from the US.

Though the commune collapsed, the Rajneeshi cult did survive the incident and the eventual death of Rajneesh in 1990. It still exists as the Osho International Foundation.

2. Branch Davidians – An “Army Of God” Under Siege 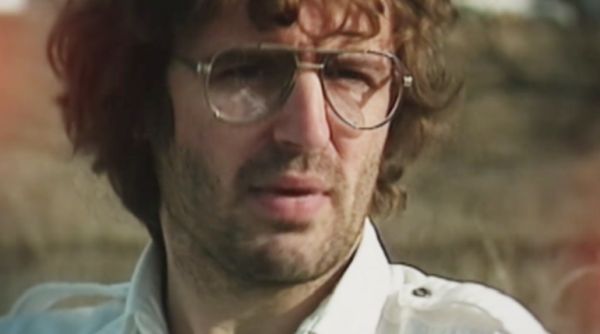 The Waco Siege was a controversial operation carried out by Federal Agencies against an armed cult called the Branch Davidians in 1993 in Waco, Texas.

The siege and the subsequent assault resulted in severe casualties on both sides and even inspired the horrific Oklahoma City bombings a few years later.

The Branch Davidians were a cult that had splintered from the Davidians, who themselves had split from the established Seventh Day Adventist Church in the early 20th century.

They were basically a Doomsday cult, awaiting the apocalypse and return of the Messiah. In the 1980s, David Koresh became the leader of the cult after a prolonged leadership struggle.

Koresh proceeded to claim that he had received the following instructions from God:

Authorities were concerned about reports that Koresh had committed statutory rape by taking young girls as his wives. The procurement and manufacture of illegal arms and ammunition in the cult compound also alarmed the ATF.

The result was a botched raid on the compound by the ATF, resulting in a firefight that killed four ATF agents and several cult members. The ATF withdrew and the FBI were called in as a protracted siege ensued. 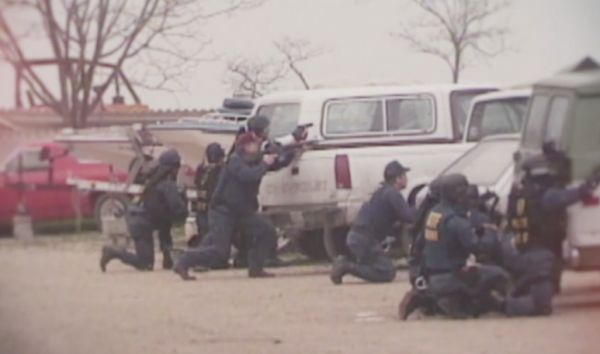 The siege lasted for a whopping 51 days, with the Branch Davidians under an injured Koresh unwilling to surrender. The FBI resorted to aggressive pressure tactics, including:

When the cult and an injured Koresh refused to surrender, the FBI decided to assault the compound, fearing mass suicide by the cult. The raid involved heavy .50 caliber rifles, tear gas, and armored fighting vehicles.

Only nine cult members survived the blaze. The rest, including all Koresh children, perished in the flames, were buried alive, or died by voluntary suicide.

All in all, 79 Branch Davidians lost their lives in the FBI raid, despite the government agents not firing a single shot.

The heavy-handed approach by government agencies was viewed negatively by the American public.

The surviving cult members were prosecuted, and many of them convicted for their involvement in the incident. Civil suits brought by the survivors and families against the government were all rejected.

One of the worst incidents of mass murder and mass suicide was carried out by the People’s Temple, a cult under the leadership of Jim Jones.

He was an early communist frustrated by the 1950’s era McCarthyism in prevalent in America.

Jones saw religion as an easy way to accomplish Marxian social goals without attracting public and government hostility. So he established the People’s Temple to further his version of socialism.

Jones was a committed activist for the cause of racial integration. He was very popular among the African American community, the NAACP, and prominent activists and politicians both at the local and national level.

But in the late 1970s, allegations of sexual abuse and other violations started surfacing about Jones. As scrutiny mounted, Jones and his followers left America and settled in Guyana, in a settlement they created called Jonestown.

There were close to a 1,000 cult members in the settlement. They were routinely subjected to communist propaganda, mind control techniques, and harsh living conditions.

Things finally came to a head over the custody of a young boy named John Stoen, whose parents had defected from the Temple. Jones refused to yield custody of the child, resulting in a standoff.

Democratic Congressman Leo Ryan led a delegation to Jonestown to try and solve the situation. They held positive discussions with Jones, who agreed to allow a few defectors to leave with the settlement along with the delegation.

But the cult members attacked the delegation as they were waiting for their flights at the nearby airport, murdering the Congressman and other members of the delegation. A few survived with injuries.

The entire attack was part of a planned mass suicide, which was carried out by Jones and his cult members.

909 people drank soft drink laced with cyanide, valium and other chemicals. The dead included infants and young children (John Stoen was among the dead). 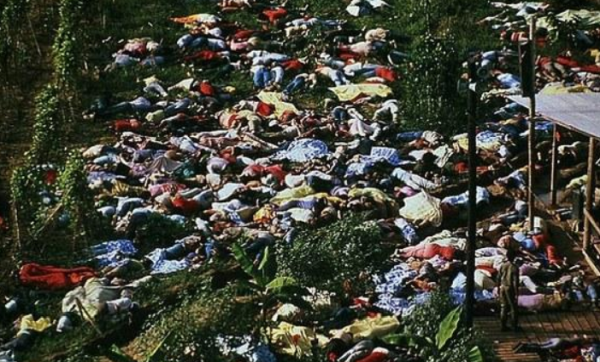 Though the soft drink used was Flavor Aid, the incident led to the popularity of the phrase “drinking the Kool-Aid” by mistake.

Interestingly, a few Temple members were spared by Jones, with the mission of taking the Temple’s money and bank account details (worth millions of dollars) to the Soviet Embassy in Guyana to aid the communist cause.

But this ultimately failed as the members ditched the money and fled when they came to know about the mass suicide.

There have been numerous other confrontations between the US government and fringe religious groups and cults.

The Church of Scientology was caught attempting to infiltrate the US Government to obtain information and whitewash records.

Other smaller cults like the CSA have been involved in bloodless standoffs with the Federal agencies. But by virtue of their sheer scale and impact, these three cults are probably the most infamous in American history.