Strange Coincidences: 5 Times The Synchronicity Between Events Was Unreal 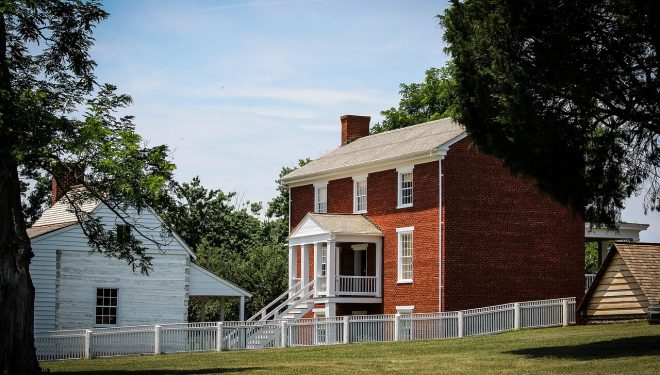 At some point during your life, you’re bound to wonder whether certain forces are at work. The coincidences seem too unbelievable and you cannot help but wonder if there is more to it.

In most cases, thinking about it too much will lead to madness, and you just have to accept you may not have all the answers. Here are five times that the synchronicity between events was just plain unbelievable.

The American Civil War Began and Ended with the Same Man

One of the strangest coincidences for any history buff is the civil war’s beginning and end.

The great war that tore a country apart for years is said to have begun in the summer of 1861. Confederate and Union troops clashed in what is today known as the First Battle of Bull Run, and Wilmer McLean was caught in the middle.

The Confederate Brigadier General P. G. T. Beauregard was using McLean’s house as headquarters, and the Union troops used it as a target. The battle that took place along the Bull Run stream near McLean’s house would go down in history as the beginning of the war.

On April 8, 1865, McLean’s reluctantly became a part of history once again. A messenger came to his new residence at Appomattox Court House looking for a place to meet, as the Confederate General Robert Lee was close to surrender.

McLean did not see much choice in the matter and agreed to use his home as a meeting point. It was in his parlor that Lee surrendered to Ulysses Grant.

Whether the war followed McLean or it was just plain coincidence, it has become one of the most famous war stories with McLean supposedly saying, “The war began in my front yard and ended in my front parlor.”

Strange Occurrences Between the Lincoln Family and the Booth Family

The Booth family has more than one strange coincidence with the Lincolns. While the assassination of Abraham Lincoln is well known across America, a little known fact is that Abraham’s killer had a brother who saved Abraham’s son from certain death just a few months prior.

John Wilkes Booth went down in history as being the man that killed Abraham Lincoln and drove a country into temporary madness once the news broke. The little known backstory is that his brother took the fall with him.

Edwin Booth was a Unionist, a Lincoln supporter, and a successful actor. He was also the man who saved Robert Lincoln.

The incident took place at the Jersey City Railroad station. Robert Lincoln was pressed up against a train when it started to move and he almost fell into the open space between the train and the platform. This was when Edwin Booth grabbed him by the collar and pulled him to safety. Robert recognized Edwin from his many stage appearances and even thanked him by name.

Robert later recounted the story to Colonel Adam Badeu, who sent Edwin a letter of recommendation as a way of thanks.

This occurred shortly before Edwin’s brother John Wicks went off the deep end and assassinated the president. It took Edwin months to get back on stage and he lost almost everything he had worked for overnight for something he did not even do. Knowing he had saved Abraham’s son’s life gave him some amount of relief during this time.

Mark Twain and His Connection to Halley’s Comet

Mark Twain is known as one of the most renowned authors across the globe, but a little known fact is the weird connection he shared with Halley’s Comet.

As if that isn’t strange enough, it is said that he even predicted it happening in 1909 when he was quoted saying, “I came in with Halley’s Comet in 1835. It is coming again next year, and I expect to go out with it.”

Call it coincidence, but he managed to predict his fate more than a year before it happened, which made it one of the strangest occurrences known to mankind.

Most of us have a billion questions or more about the universe and why we are in it. So, what would you say if you realized your life was just a repetition of something that had already taken place 157 years ago?

Barbara Forrest and Mary Ashford were both born in Erdington, England but with a 157-year difference.

They also lived out very similar fates in two completely different centuries. Both women were brutally raped and murdered on May 27 and their bodies were less than 300 yards apart. What makes this grim story freaky is that all of this happened more than 157 years apart.

While this is enough to make someone shiver, it was later found that both murderers in both cases had the same last name – Thornton. Keep in mind there is more than a century’s differences between the two cases. Both women were twenty years old when the incidents took place and they both shared the same birthday.

This is a case where the word “coincidence” just isn’t good enough.

James Dean and the Unlucky car

James Dean was a famous American actor back in the day, and his death on September 30, 1955, made headlines. The car accident that ended his life later became famous as one of the weirdest ever recorded. 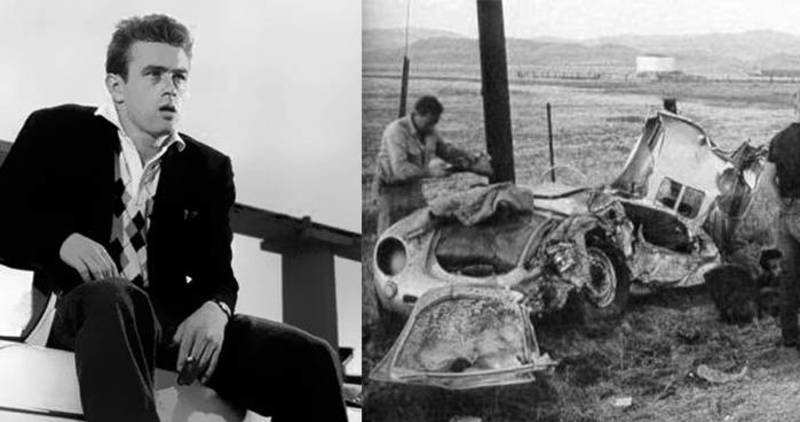 The Porsche sports car was considered extremely unlucky for a couple of reasons:

When the car was towed away from the scene of the accident, it was taken to a garage where the engine fell on top of a mechanic who was standing nearby, crushing both of his legs. The engine was then bought by a doctor who fitted it into his car. He subsequently died in a race using the car with his newly fitted engine.

As if all of this was not enough, the garage that James Dean’s car was getting repaired at was burnt down as well. Instead of staying far away from the car, it was put up in Sacramento on display where it fell of the mount and broke a young teenager’s hip.

After this occurrence, the car was getting transported in a truck when the driver lost control and fell out. He was then crushed by the car that had apparently fallen off the back. At this point, everyone involved had had enough, and while the car was being transported for the last time, it mysteriously vanished and no one has been brave enough to bother tracking it down.

All of this was reason enough for the car to become known as the ‘Little Bastard.’