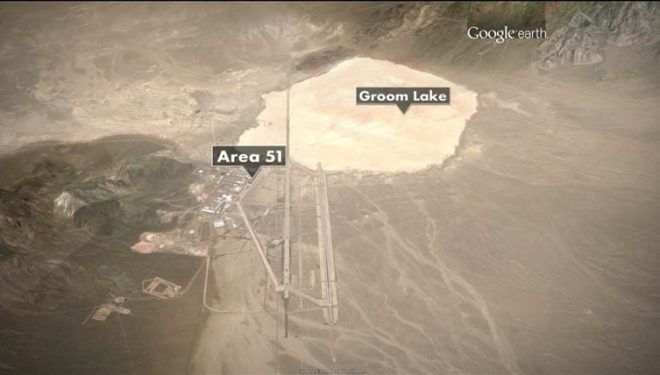 Area 51 has garnered a lot of unwanted attention in recent times. Whether it’s new additions to the extremely long list of conspiracy theories or the recent plan to ‘raid’ Area 51, the highly classified Air Force cannot help but cause a stir.

Over 1.5 million people have signed up to ‘storm’ the highly protected site. As a result of this, you can find a million different theories to choose from. Here are a few of the most famous ones:

The most common conspiracy theory, without a doubt, is the idea that Area 51 has been used as a UFO testing site for decades. Probably the most famous UFO incident was the Roswell incident which took place in 1947. Documentaries and books have even been created in its honor.

The story follows a crashed ‘weather balloon’ found by the US Army Air Forces that was and is suspected to be a UFO. The incident was long forgotten until a few decades later when conspiracy theories started to pop up. Even though the US Air Force published reports stating that the balloon was used for surveillance for a nuclear test, the theories didn’t stop.

To date, the event is known as one of the most famous of all time. This was probably the first step to making Area 51 a target for UFO conspiracies. Fast forward to 2019, and there are still many people who believe that the site is housing aliens and secret UFOs.

This theory is similar to the UFO theory but with the bonus of having an interrogation center. Scientist Bob Lazar was the first to suggest this could be what is happening and it quickly caught on. The interrogation center is said to house extraterrestrials, according to the theory.

The theory is one of many of Bob Lazar’s self-publicized theories. He talks about walking down a narrow hallway at the site and catching a glimpse of a grey (alien) and tiny individual standing between two men in white coats. Before he could register what was happening, he was pushed forward by the guard guiding him down the hallway.

While the theory may sound absurd and made-up, it garnered loads of attention at the time.

While this theory may not have as much of a fan following as the UFO and alien interrogation possibilities, it still finds itself high on the list. Believers have said that the site is home to a science base where clouds are studied. It is said that these scientists seeded clouds so that they would produce more rain and help during water shortages. 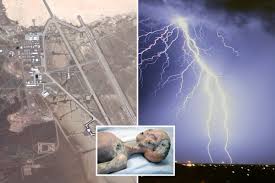 While this theory is not as interesting and even comparatively boring, it still has a pretty large following. Something that does peak interest though is the idea that one section even tried producing hurricanes so that they could be targeted at enemy countries.

Overall, it was considered to be an attempt at gaining a strategic advantage.

This theory assumes that the site is used as headquarters for the one-world government that comprises of officials from various countries coming together. The theory says that the Air Force makes for the perfect site since there are so many planes constantly landing. If you can wrap your head around this one, it is the idea that extraterrestrials and humans have come together for decades to try to form a government that would deal with the entire world.

According to conspiracy theorists, the secret committee is known as Majestic 12 which consists of scientists, politicians, and most recently even aliens. According to believers, the committee was started by President Harry Truman which is probably the most unbelievable part of this theory. The committee later made contact with aliens who decided to join the group.

The entire theory is very debatable and is normally something that just makes for a good conversation, if anything. This option is also more unknown than the others. It is only die-hard conspiracy theorists who know about it.

Probably one of the most interesting theories, the human-alien hybrid theory says that the base is now being run jointly by both humans and aliens. The final aim is to create individuals who look like humans but possess alien abilities like being psychic. Though it not very believable, it still makes for a good story.

The idea behind the hybrids is that they will be used by the authorities. It could be as agents who can go by their day far more effectively or something even more absurd. There are many theories regarding what the final purpose of the experiment is. Most theorists say it is to give the authorities a secret advantage.

When you think of future transportation, it is mostly flying cars. This theory, though, focuses on something we already have – trains. Area 51 is said to be the central base for an entire underground train system. The train system is apparently one that covers the entire North American continent.

In all probability, there are tons of underground facilities at Area 51. But at the same time, the underground railway system theory has been debunked plenty of times. Employees who used to work at the facility have come out saying that it is not true as well.

So, while some theories are more popular, this one has not received much attention. Most theorists have paid more attention to the possibility of UFOs or weather control.