On October 28th of 2017, a person calling themselves “Q” started posting messages in a /pol/ thread on the 4chan website. The initial posts described a vast conspiracy involving President Trump as the target of a plot by corrupt and unethical globalists, including Hillary Clinton and Barack Obama.


The messages are many and describe many disgusting activities by these evil globalists (including child sex trafficking). But the jist of the plot is simply that President Trump’s administration is planning a “countercoup” against the corrupted, deep state.

Who is Q? He claimed to be a government insider with high level clearance known as “Q clearance”. He ultimately claimed that everything we’re seeing in the news today is nothing more than the “calm before the storm”. The storm being mass arrests of Republicans, extreme political (and potentially civil) turmoil, and ultimately a successful Republican uprising against the globalists.

How the QAnon Conspiracy Started

One example of these claims posted by “Q Clearance Patriot” includes the following quotes, from a post on November 1, 2017.

“On POTUS’ order, we have initiated certain fail-safes that shall safeguard the public from the primary fallout which is slated to occur 11.3 upon the arrest announcement of Mr. Podesta (actionable 11.4). Confirmation (to the public) of what is occurring will then be revealed and will not be openly accepted.”

Was Tony or John Podesta arrested as part of the Mueller FBI investigation, on November 3rd?

A couple of fringe alternative news sites (one of those was YourNwsWire), actually posted on November 5 that Tony Podesta had been arrested. 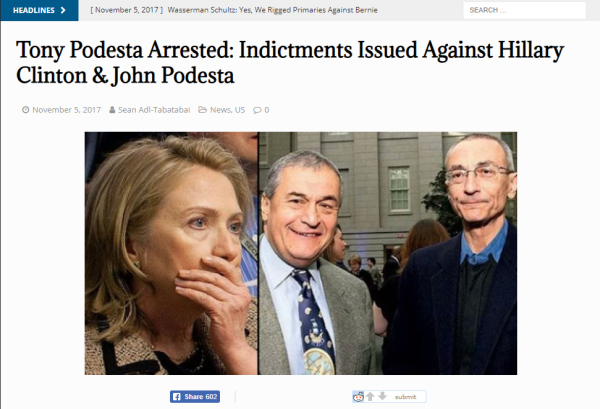 The story was completely fabricated. Tony Podesta had not been arrested, and was not even named in the list of Mueller’s charges related to the investgation.

Like many conspiracy theory websites, the stories were written to capitalize on the Q conspiracy and to spark the viral spread of the false story.

The reality is that “Q Clearance Patriot” wasn’t even very original in his claims about a pedophile ring including Hillary Clinton and John Podesta. The theory was drawn from the debunked “Pizzagate” conspiracy theory that surfaced during the 2016 presidential election.

The core claim in the “Pizzagate” conspiracy theory was that within the hacked and released Podesta emails, every mention of “pizza” was a code word for child pornography. Armchair conspiracy theorists on 4chan wasted time scouring the released emails for those words, drumming up all sorts of ridiculous stories about a child pedophile ring.

“Q Clearance Patriot” was simply regurgitating that conspiracy theory, but claiming to have direct knowledge of all of it through his alleged security clearance.

Following these initial posts by QAnon, YouTube video creator Tracy Diaz and a couple of 4chan moderators (Pamphlet Anon and BaruchtheScribe) decided to convert those posts into videos that they spread throughout the Reddit community and all the conspiracy boards there.

Like most cases where people go online claiming to have secret government security clearances and insider access to information like this, armchair conspiracy theorists started eating up the Q “drops” ravenously.

Also, like most conspiracy theories, Q and QAnon posts and videos triggered mentally unstable people into taking actual action in the real world. A few scary examples of this included: 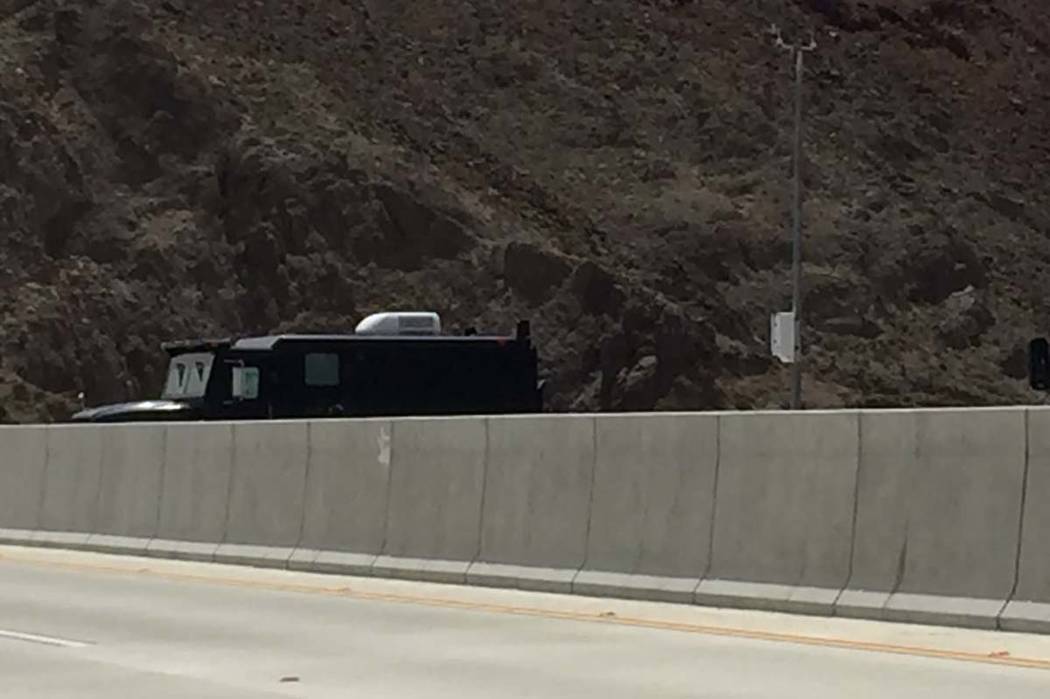 These are just a few examples of the dangers that surround conspiracy theories that are baseless and have no foundation in fact or solid evidence. People who dive into these conspiracies may only suffer from a slight form of mental disturbance. But the depth of the conspiracy and the apparently massive community that believes in it provides mentally ill people with motivation to believe that their delusions are actually true.

Whenever we investigate conspiracy theories or any other similar claims, a good approach is to follow the money. Who is either making money, or seeking to make money, from the conspiracy.

It didn’t take very long for a book called Q: The Calm Before the Storm to appear on Amazon. You can buy a paperback version of this book, edited by “Liberty Anon”, for a mere $17.99.

Tracy Diaz admitted to NBC news that her goal, and the goal of the two 4chan moderators who contacted her, was to “build a following for QAnon”. Of course, this would lead to larger following for Tracy herself. Up until QAnon, Diaz was a small time YouTube video creator and “investigative journalist”.

After QAnon, as of this writing, she has 678 Patrons on Patreon, with several tiers of “membership” ranging from $1 a month to $10 a month. 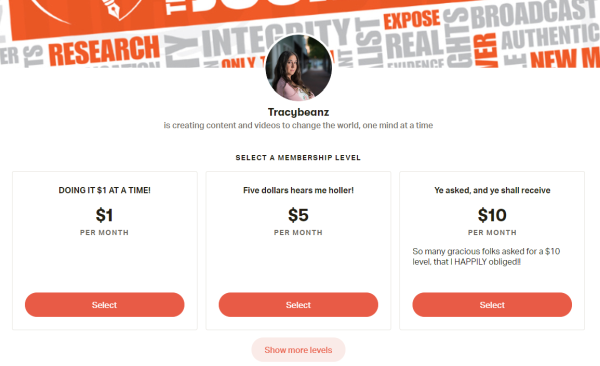 None of this, nor the fact that nothing Q original predicted has ever definitively come true, detracts believers in continuing to faithfully believe in the QAnon conspiracy and all of Q’s claims.

The videos on her YouTube channel are now receiving 10’s of thousands of views each. Without a doubt, the vast cult-like membership in the QAnon cult has bolstered Tracy’s popularity, if not her ad revenue.

The Danger of Conspiracy Theories

The Russian disinformation machinery works hard to disseminate viral theories like this — infectious theories that capture the imagination of unstable individuals in the U.S. — for the purpose of causing any form of civil unrest or disruption.

And given the actions of QAnon conspiracy theorists in the U.S. over the last few years, it seems very clear that this is one disinformation campaign that has been hugely successful.

This doesn’t mean that there might not be conspiracies within a corrupt deep state, that CIA agents couldn’t be supplying child sex slaves to pedophile sources, or that there aren’t pedophile rings deep inside powerful circles within the government. But what it does mean is that this particular conspiracy is completely baseless, lacking any evidence whatsoever, and is extremely dangerous for the United States government and the American public.