Define Cult: The Difference Between a Cult and Religion

A cult is defined as a group of people (usually small) that expresses admiration or devotion to anything. This can include a person, animal, or anything else.

One may postulate that that definition could easily include nearly every religion on the planet. So what is a cult vs religion? What differentiates a cult from a religious following? And why do people consider cults to be so dangerous?

In this article, we’ll explore what criteria experts use to identify cults, why they’re so dangerous, and why even many mainstream organizations in society develop from cult-like indoctrination.

One of the best list of criteria for what differentiates a cult vs. a religion comes from psychotherapist Rosanne Henry, a licensed professional counselor in the state of Colorado.

On her site, Rosanne lists the following (paraphrased) elements that help experts to identify whether someone is a member of a cult (or a cult-like movement).

An alternative analysis on cult identification is known as the BITE model.

The last criterial of “psychological harm” is important, because it’s an important distinction between a cult and a religion. A cult often creates psychological harm for members, families and the community, which can often also lead to physical harm. 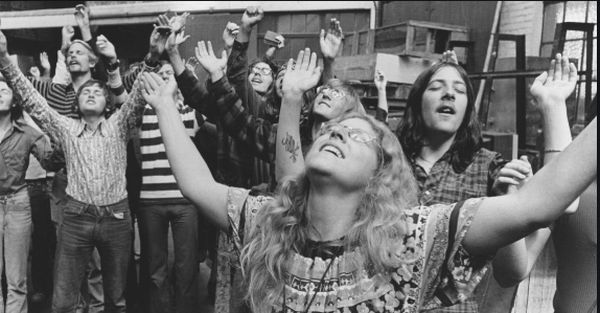 Just given that criteria, it wouldn’t be too difficult to spin most modern political movements and religions as cults. After all, many political movements have activists who regularly disrupt society with activism in an effort to change mainstream beliefs and practices. This often causes psychological harm to the activists and their communities.

But Henry goes on to explain that cults “manage this conflict” by isolating members by controlling how members “should think, feel, and act”.

She explains that the biggest differentiation between a cult vs. religion is that cults use:

“…unethically manipulative techniques of persuation and control to advance the leaders goals.”

In other words, while religions usually work to serve society or even its own membership in positive ways. Although the intent is usually to convert people over to its own belief system. However, the goal of non-cult religions is not to serve the personal agenda of specific leaders within that religion.

In other words, cult leaders often exploit cult members for economic, sexual, or some other specific purposes. Modern religions and movements don’t usually do this.

With this criteria in mind, let’s explore 3 specific recent examples, which do classify as a cult under these guidelines. These examples should help with understanding the difference between a cult vs. religion.

One of the most damning exposes of Scientology came from a 1991 Time Magazine article titled The Thriving Cult of Greed and Power. It was a full study into the fast-growing Scientology movement. All cult elements of Scientology were listed in this article.

There can be little doubt that Scientology solidly checks off every box as a serious and dangerous modern cult.

The ideals of gender equality could hardly be considered a cult-like belief, but the feminist approach to gender equality (that there is an invisible system in place called a “patriarchy” that keeps women oppressed) is one that some groups find easy to mutate into a cult.

One example of this was Smallville star Allison Mack, who in 2018 was arrested for recruiting sex slaves into a dangerous “women’s movement” cult known as NXIVM.

Sexual exploitation cults are some of the most insidious. Just like how many other cults use someone’s fervent belief in god or christianity to lure them, this particular cult used belief in a “patriarchy”, and offered the cult as a solution to overcome social oppression.

The Cult of Eckankar

Founded by Paul Twitchell in 1965, this “religion” has spread throughout the world, with tens of thousands of members. It’s a religion focused on God and the Holy Spirit, but has one very distinct difference than other mainstream religions.

If it weren’t for the abuse within the indoctrination, the Eckankar cult could very easily have failed the classification of cult. However, the fact that Twitchell’s publications were largely plagiarized and used in order to financially exploit a growing membership speaks largely to its status as a cult.

How to Avoid a Cult

Cult recruitment can take place nearly anywhere. You can find cult recruiters on college campuses, at your local community events, and even in your email inbox. The easiest way to recognize a cult recruitment effort is to ask yourself three simple questions.

If you say yes to any of these questions, then avoid the organization at all costs.

Read more about three dangerous cults from the past.