The Foreign Intelligence Surveillance Act Lets Them Spy On You 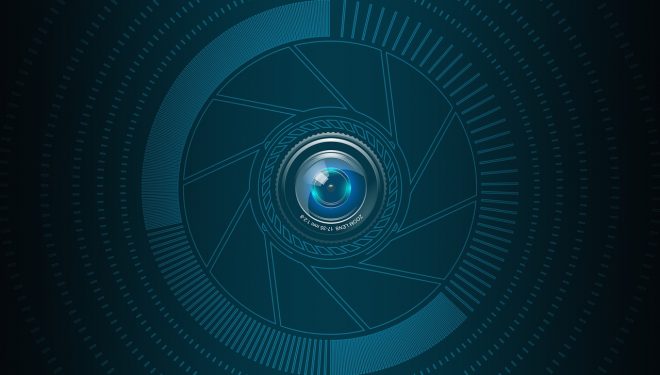 In 1978, the U.S. government passed the Foreign Intelligence Surveillance Act to define how government agencies need to request judicial authorization for surveillance. That surveillance includes both electronic and physical searchs of people suspected in espionage or terrorism.

The Act stipulates that the surveillance would be against anyone engaged in those activities “on behalf of a foreign power”.

This doesn’t mean it only applies to foreigners. If an American citizen is suspected of acting on behalf of a foreign power, they fall under suspicion and could face government surveillance.

The Act as passed in 1978 required the establishment of the United States Foreign Intelligence Surveillance Court (FISC). This is a special court where nonpublic sessions take place. There, judges consider and approve or deny search warrant requests from the government.

Searches considered under this Act and the court include:

The most dangerous of these is of course electronic surveillance, especially in an age when most communication takes place over the internet. In order to obtain a warrant, government agents need to prove “probable cause” that the target is “a foreign power or agent of a foreign power.”

The Patriot Act of 2001 significantly altered when and how such surveillance could be conducted. Specifically, it expanded the government’s authority to spy not only on foreign agents, but on American citizens.

Dangerous Elements of The Patriot Act

There were four main areas of the act that significanly expanded the government’s ability to conduct surveillance on Americans.

Under the Foreign Intelligence Surveillance Act, FBI agents needed to provide courts with evidence that the target was an agent of a foreign power. Under the Patriot Act, no such evidence is required. No “probable cause”.

This means that the FBI has the right to investigate American citizens who so much as post something on Twitter or Facebook criticizing the U.S. government. This is a clear violation of the First Amendment of the consititution.

According to the ACLU, the Patriot Act also allows the CIA to spy on protest groups or other Americans that it considers a potential threat to the United States government.  This is due to the fact that domestic activists can be classified as “domestic terrorists”.

Interestingly, the results of the “sneak & peak” non-notice search aspect of the Patriot act has been very few terrorist arrests. Instead, these have mostly resulted in drug-related arrests.

Now, 19 years later, there are three provisions of the Patriot Act that are expiring (known as sunsets).

A sunset allows Congress to re-examine whether the executive branch has misused the expanded surveillance powers.

While some of these provisions have been modified or amended over the years, most Americans believe that since 9/11 the government has been vastly abusing its surveillance powers against American citizens.

In fact, in 2018 it was revealed that the FBI had been investigating Carter Page, a foreign policy advisor for Donald Trump’s presidential campaign. The rationale behind the investigation were claims that Page was working with Russia to interfere with the 2016 presidential election.

The only connection Page had with Russia was that he had worked at the Merrill Lynch Russia branch as vice president from 2004 through 2007. In addition to this, he had always publicly criticized U.S. foreign policy regarding Russia. It may have been his expressing these opinions – which he was entitled to under the First Amendment of the Constitituion – that brought him under the crosshairs of the FBI.

That, and the fact that he was involved in a campaign for a future President who did not hide his contempt toward the Justice Department.

Once the surveillance documents came to light, many Republican lawmakers publicly stated that the released documents showed the FBI agents had “misled” federal judges when they were seeking warrants. In fact, Carter Page was never found to be an agent of Russia.

What drew suspicion from federal agents was his time spent working in Russia, and his public statements. When you look back now, it puts things into perspective. How many Americans who spent time working in foreign countries, and who speak out against the U.S. government, might also come under suspicion?

Is that all that’s required for the government to tap your phones, monitor your internet communications, or search your home?

Is It Time to Kill the Patriot Act?

In light of the Snowden disclosures, the FBI’s investigations into the U.S. President and his staff, and clear Constitutional violations in government requests to Google, Apple, and other companies for user data – is it finally time to start clamping down on the Patriot act?

Many organizations think so. The Electronic Frontier Foundation weighs in:

“The USA PATRIOT Act broadly expands law enforcement’s surveillance and investigative powers and represents one of the most significant threats to civil liberties, privacy, and democratic traditions in US history.”

“An overnight revision of the nation’s surveillance laws that vastly expanded the government’s authority to spy on its own citizens, while simultaneously reducing checks and balances on those powers like judicial oversight, public accountability, and the ability to challenge government searches in court.”

In the past, Google has reported to Americans how the government is attempting to hamper information on the internet. In 2013, we learned how the NSA has been abusing it’s power and spying on the American people.

It has been nearly two decades since 9/11, and there’s little evidence that the Patriot act has done anything other than erode the civil liberties of U.S. citizens. 2020 may be the year when Americans finally take their country back.

Take a moment today to reach out to your State Senator and express your desire to see the Patriot Act repealed. Let’s get America back to the time when American civil liberties were respected.