How a Coronavirus Pandemic Could Affect the Economy

On March 13, 2020, President Trump declared a state of National Emergency in response to the spread of the Coronavirus that the WHO recently declared a global pandemic.

Additional government actions involved banning all travel to and from European countries. Following the national emergency announcements, businesses and organizations around the United States started closing or limiting operations.


Universities in most states extended Spring Break, and initiated remote classes for students. Elementary and High Schools around the nations closed. Conferences and sporting events shut down operations. Over the weekend, grocery stores and major retailers began limiting operating hours.

Advice to all Americans over the weekend has been to “socially distance” themselves, by staying home as much as possible.

As people immediately start canceling travel plans, the first industry that will be hit the hardest is the travel and hospitality industry. This means that airlines, hotels, restaurants, and bars will be the first to see the immediate impact of people self-quarantining during this time.

Fewer patrons means less revenue for not only airlines and major hotel chains, but also for smaller businesses. Restaurants and bars in local communities will see far fewer funds to support their operations.

According to a Barrons article, as of March 14th, 2020, most popular restaurants in New York City had already closed “until further notice”.

This means waitstaff, cooks, and bartenders are all staying home. Since most of these positions are paid hourly, most of these workers are goign without pay.

“Across the board I would expect to see cuts in operations and expendable operating cost, and that is going to start with labor and go down the line.”

Thankfully, some businesses are trying to continue paying staff at fixed rates for the first 30 days. Should the crisis continue beyond that, and social distancing policy continue, the economic impact on workers could become more dire.

Most people believe that their local store will resupply quickly. However, the economic effect of national panic-buying has what’s called a “bullwhip effect” on the supply chain.

However, according to Nic Loyd, the Director for Management and Economic Research at the University of Alabama, such consumer behavior actually leads to delays in the resupply.

Because panic-buying is viewed as a short-term effect, most manufacturers are unwilling to ramp up production and boost inventories, because there’s no evidence consumers will continue buying those products at the same high rates.

And due to cost-cutting measures in recent years, many manufacturers have been trying to reduce inventory as low as possible. This will only exacerbate the problem, but most say it won’t lead to any kind of massive economic collapse.

If the situation in Washington is any indication, consumer buying patterns may somewhat return to normal even if the coronavirus crisis continues. Panic shopping abated there after the first reports of coronavirus surfaced.

However, if facts on the ground surrounding the coronavirus change significantly — such as any suddent changes in rates of infection, or major areas being quarantined — the current short-supply situation could get worse until manufacturers eventually decide to ramp up production.

The problem is that due to social media, it wouldn’t take a very significant news item to drive another panic-frenzy episode, further stressing an already overburdened supply chain.

The Coronavirus Effects on Supply Chain

However, the effects of the coronavirus itself needs to be taken into account. This isn’t only a situation of panic-buying. It’s panic-buying due to people trying to socially-distance themselves over a long period of time.

Companies across the country are seeking to protect their workers by having many of them work remotely. This means that while demand for goods increases, the coronavirus itself could lead to a dwindling workforce capable of ramping up a supply to meet the national demand. 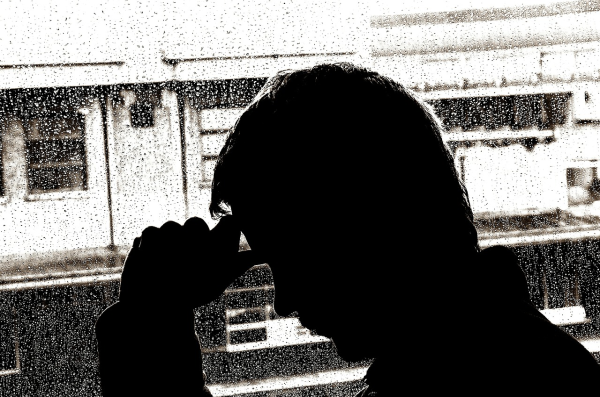 According to nam.org, manufacturers have already reported the impacts of COVID-19 on operations.

“In the survey, which was in the field from Feb. 28 to March 9, 78.3% of respondents say that the COVID-19 outbreak is likely to have a financial impact on their businesses; 53.1% of manufacturers are anticipating a change in their operations in the coming months; and 35.5% say that they are already facing supply chain disruptions.”

This news was released only days before the panic-buying event occurred over the weekend. There’s no telling what the demand on manufacturer inventories is going to do to add to those existing “supply chain disruptions”.

American’s are accustomed to grocery store shelves getting resupplied quickly. However, with a virus racing across the country causing workers to remain at home and manufacturers to slow production in order to keep their workers safe – a quick resupply of grocery stores may not be a reality this time.

Industries That May Boom

Of course, there is a rainbow amongst the gloom of what some see as the beginning of a social collapse.

With most of the country staying home to socially distance themselves, and as demand for virus treatment ramps up at hospitals, there are a few industries that are going to see a major boom in coming weeks and potentially months.

Workers affected by the crash of other industries may be able to find work in the parallel industries that are booming. For example, restaurant or hospitality workers who’ve lost their jobs may be able to make up at least part of the difference by working as food delivery drivers.

What remains in question is what the long term impact will be of this economic shift. A lot depends on whether or not the “social distancing” approach truely slows the spread of the coronavirus, and what Americans are going to do when they realize that grocery store shelves aren’t getting replenished as quickly as they expected.

It probably won’t lead to an end of the world as we know it, but the next few months aren’t going to be easy for the entire world.