The Pentagon Zombie Plan of 2011

If I were to tell you that the U.S. Pentagon has developed a plan to deal with a Zombie Apocalypse, would you believe it?

The truth is, this isn’t a baseless conspiracy theory and it isn’t fiction. It also wasn’t a joke.


The Pentagon set up the training exercise known as CONPLAN 8888 during the summers of 2009 and 2010 to help trainees at the Joint Combined Warfighting School understand how to handle political and social fallout caused by a major national catastrophe.

The goal was to make what could be a “dry, monotonous” exercise into one that the trainees found enjoyable.

The plan was laid out as follows: 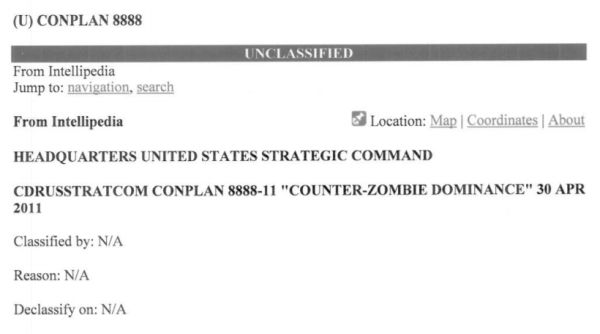 According to the writers of the plan, the actions laid out could handle any of the following types of zombies:

The CONPLAN PHASES section of the document outline what specific actions USSTRATCOM would take.

This phase would include epidemiological surveillance to identify any of the conditions that might lead to “zombieism”. The requirements for this phase would come from the Intelligence Community, and the group would work to ensure that USSTRATCOM forces are properly monitored for the condition. The force would also receive training so they knew what proper PPE to use to avoid infection.

This phase of the operation would take place before zombies are even a problem. It includes “large scale training” so that USSTRATCOM forces can “survive and operate” in any toxic or contaminated environment. Part of the reason for the public training exercises would be to deter terrorists or rogue nations from developing pathogens or toxins to infect humans and turn them into zombies.

At this point in the document, the acronyms get out of hand. Referring to words like WARNORD and ALERTORD, the authors describe how all personnel will need to be ready to deploy “for at least 35 days”. Plans also includes communications with other nations to assure them that military movements are not preparations for international war, but instead planning to battle the zombie hordes. 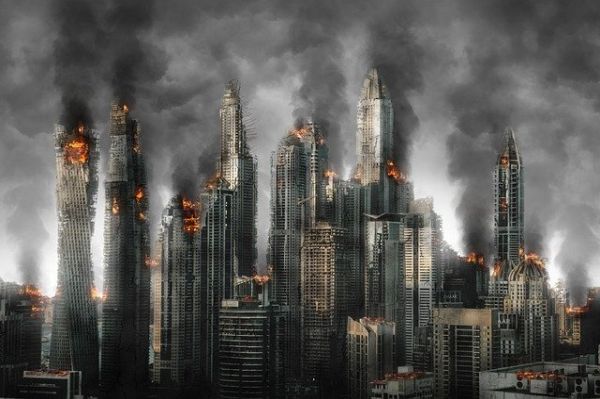 This phase of the zombie response includes additional preparations to accumulate a healthy combat force that’s prepared to take on the zombie threat. This includes activating emergency disaster support plans, and making sure all “mission essential personnel” shelter in place for “at least 40 days”.

This phase is set to take place at least 40 days after Phase 3. This stage involves reconnaissance missions to get a handle on the scope of the “remaining zombie threat”, and to assess overall damage to communities and essential services that support human life. Interestingly, all military communications that are planned are to be transmitted using “unsecured comms” so that if survivors pick up the transmissions they can be located and rescued.

This final phase of the plan involves a civilian/industry takeover of civil infrastructure and services. U.S. military would remain ready to “provide support to theater warfighters” as required.

Oddly enough, there are very few details included in the entire document about what specific military actions would be taken against any zombie hordes. Most of the writing is vague and speaks in mostly general terms about efforts to contain the zombie plague.

It becomes clear very quickly upon reading this Pentagon document that the authors were having a great deal of fun while writing it.

Here are some of the funniest quotes from throughout this document:

“The Chaplain Corps may provide the only viable means of combating EMZs. As such, aetheists could be particularly vulnerable to EMZ threats.”

EMZ, in case you didn’t catch it earlier, refers to Evil Magic Zombies.

“Zombies are undead and thus feel no pain or fear of death. Riot control counter-measures would be completely ineffective.”

Although some people may not entirely agree…rubber bullets could potentially at least slow down an incoming zombie horde.

This isn’t really funny, but interesting to note that in severe enough situations the U.S. government would in fact be willing to release nuclear weapons upon U.S. soil.

“All IHHs (Individual Healthy Humans) who fall behind must be left behind. Such decisions are abhorrent to normal IHHs and military and LE personnel protecting them must rigidly enforce such restraint.”

Apparently, a zombie apocalypse casts all ideas of “leave no man behind” as an artifact of ancient, pre-zombie history.

References listed toward the end of this document include such esteemed and academic sources as:

If there is anything this Pentagon document proves, it is this: Even people inside the Pentagon have a great sense of humor.