Fake News Examples: It Isn’t What You Think 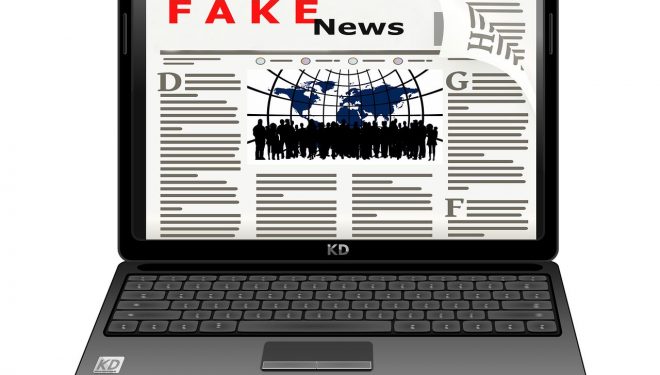 With most political conversations these days made up of each side accusing the other side of promoting “fake news”, it’s hard to know exactly what fake news really is.

Setting aside all of the political hyperbole around the term, it’s high time to highlight real fake news from all the rest. In this article you’re going to see some real fake news examples.

These are news sites that are literally fake news sites. They are created to publish and distribute news stories meant to make you, the reader, believe something is true that actually isn’t.

Why Are There Fake News Sites?

There are multiple reasons people spend the time and resources to create these fake news sites. The first thing that may come to mind is a foreign intelligence service attempting to misinform the public of another nation in order to spread disinformation for the home country’s own agenda.

While this may certainly be the case with some of the sites, the majority of fake news sites have other purposes.

In this overview of fake site examples, we’ll bypass the satire sites. While these sites, like The Onion, do in fact spread fake news, they do so for fun and laughs. In general, their motives aren’t malicious in nature.

Now that we know why people create these sites, let’s look at a few real world examples.

You would think that a site that’s named like a legitimate local newspaper would be reporting real news stories. That’s not quite the case with The Buffalo Chronicle.

This “news” site peppers in fake news stories along with actual news stories. How do you know which are fake and which are real? Spotting this is actually fairly easy. Take this news headline on the site, for example.

You would think that news like this would be front-line news on all major news sites – both right or left leaning alike.

But when you Google the topic, you’ll find nothing more than a spattering of two or three other unknown websites publishing the same exact article. Some of the makers of those other fake news sites were so lazy, they didn’t even replace the default WordPress image logo.

Either the Buffalo Chronicle was able to scoop all major news outlets in the world, or it’s fake news.

In fact, in a Politico article about potential candidates for Biden’s staff published just the very next day, Cuomo wasn’t mentioned even once.

Another popular technique used by the creators of fake news sites is to use a name that sounds like a local TV news station.

Now 8 News is one example of this. Take this article for example, about white nationalists being granted a permit to perform a mock hanging outside a black history museum.

It never happened. But this is exactly the kind of “news article” people on social networks will spread like wildfire, particularly if they are on one side or another of the political spectrum.

You’ll find that most fake news articles like this are very sensational, unbelievable, and not supported by any real meat or evidence in the article.

The makers of these fake news sites know this, so they focus more time on crafting eye-catching, emotion-inducing headlines, and very little time on writing the article itself.

What’s remarkable about this new fake news industry is that it’s ever changing and very difficult to nail down.

Wikipedia features a long list of fake news sites, half of which are now defunct. Most sites listed on the Wiki page no longer exist, and return a 404 error or a domain-for-sale message.

In fact, the moment any of these sites get publicly identified as fake news, the owners simply kill the domain and create a new one. It’s like whack-a-mole.

To understand the intentions of these site creators, in 2016 NPR journalist Laura Sydell tracked down one of those creators named Jestin Coler.

Jestin wasn’t a Russian disinformation artist or a secret Chinese hacker. He was actually a middle-aged man with a wife and two kids living in Los Angeles, California.

Speaking about the fake news story about the FBI agent who was killed for leaking Hillary Clinton emails, he told Laura:

“The people wanted to hear this. So all it took was to write that story. Everything about it was fictional: the town, the people, the sheriff, the FBI guy. And then … our social media guys kind of go out and do a little dropping it throughout Trump groups and Trump forums and boy it spread like wildfire.”

Many in the media accused foreign intelligence services for distributing fake news during the 2016 presidential election. However, Coler’s comments made it clear that the proliferation of fake news sites were mostly caused by Americans on both sides of the political spectrum who were hungry for any headline that would make the other side look bad.

This led to the proliferation of a brand new industry. An industry where writing the most sensational fake news story, without providing any evidence whatsoever, could provide you with a great deal of profit from the resulting web traffic.

That means that Americans can’t really blame the Russians, the Chinese, or anyone else for feeding us all fake news. Apparently, we can only blame ourselves.