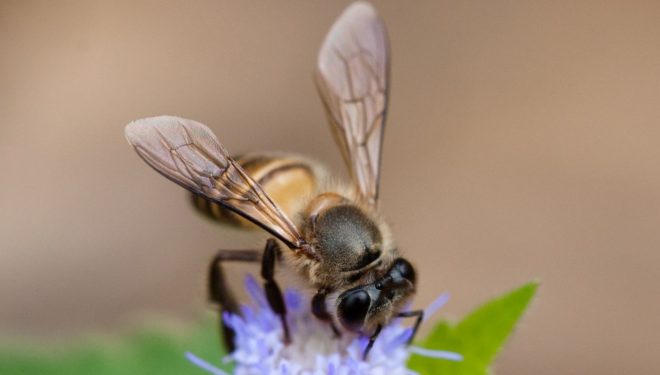 Not long after the Vietnam war, a strange, sticky, yellow substance occasionally rained down on villages throughout the mountains in Laos and northern Vietnam.

In the early 1980s, suspecting that the Soviet Union had secretly provided a chemical weapon to the Viet Cong, investigated the substance. Following the investigation, U.S. Secretary of State Alexander Haig Jr publicly claimed that the “yellow rain” was in fact a chemical toxin. He believed it originated from the Soviets.

One skeptic, a Matt Meselson and a Harvard University biologist, doubted the official U.S. story.

He embarked on his own investigation of the strange yellow substance. In 1983, he obtained samples of the yellow rain from U.S. officials and analyzed them.

Meselson claimed that his team’s analysis found the yellow substance contained pollen commonly eaten by Asian honey bees. He also claimed that the amount of mycotoxins found in the substance were no higher than rainwater found on plants elsewhere throughout Southeast Asia.

Meselson theorized that all of the ailments claimed by witnesses were caused by nothing more than dysentery or nutritional deficiencies caused by poor sanitation and lack of food.

In 1989, Dr. Peter Kevan, a biologist at the University of Guelph in Ontario, conducted further research in the area with Dr. Makhdzir Mardan of the University Pertanian Malaysia.

Kevan and Mardan measured the body mass of hundreds of bees before and after they left their hives and found that the Asian bees lost 20% of their weight upon returning. They confirmed that this phenomenon was especially frequent on warmer days.

“In Southeast Asia, the notion of yellow rain as a biological weapon has pretty much laid to rest. The U.S. Government made a mistake.”

The U.S. government never retracted its accusations that the Soviet Union was the source of a chemical weapon in the region, and that that was what caused the local illnesses there following the appearance of the yellow rain.

Meanwhile, during the same time period, the CIA was actively monitoring research into the yellow rain phenomenon. This is revealed by a Wall Street Journal article from September of 1985 titled, “The ‘Bee Feces’ Theory Undone” that was archived by the CIA and declassified in 2012.

There is also a November 1985 Wall Street Journal article titled, “‘Unequivocal Proof’ of Yellow-Rain Weapons” also archived by the CIA and released in 2011.

The article lists the following as evidence that the “Bee Feces” theory was bogus.

All three had concluded in their peer-reviewed paper published in the April 1985 issue of the Journal of Forensic Science that the yellow rain victims had in fact died from a chemical warfare agent.

Despite the ongoing media campaign attempting to debunk the U.S. government’s claim that the Russians were responsible for the yellow rain deaths, some media outlets continued to report the overwhelming evidence.

The November 1985 excerpt from the Wall Street Journal was one example of this. It included a list of all of the proof from peer-reviewed scientific journals from 1982 through 1985 proving beyond any doubt that the yellow rain was a real chemical attack.

The Power of Foreign Disinformation

This story demonstrates the power of a strong disinformation campaign. Whether or not the Soviets had a hand in promoting Meselson’s “bee feces” theory throughout mainstream media during the early 1980’s, the effects of his singular results getting so much publicity had the effect the Soviets would have wanted.

To sweep away any public outrage that might come if it were proven the Soviets really had unleashed a chemical weapon upon the victims throughout Southeast Asia.

Unfortunately, not many in the public ever heard much about the overwhelming evidence mounting in scientific, peer-reviewed journals proving that yellow rain was in fact a chemical weapon that had killed more than 10,000 people in Laos, Cambodia, and Afghanistan.

Unfortunately, the creators and aggressors who utilized that chemical weapon upon other human beings have never been identified, and have never been punished for their crimes against humanity.

That alone should go down as one of the most significant tragedies in modern history.