On Dale Kellerstrass, UFOs & Aliens: An Interview with Dale Graff 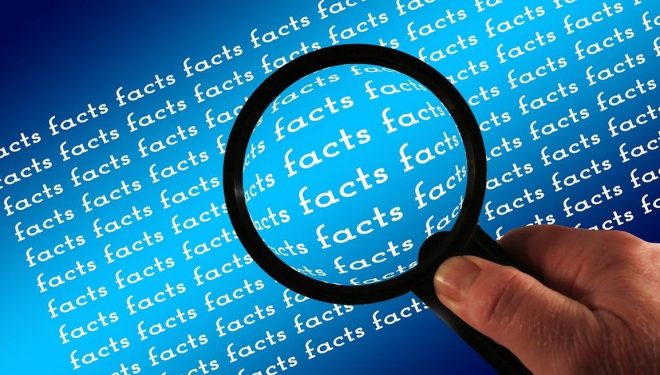 Given the clear indications that something was going on at Wright Air Force Base during the late 1970s, possibly in parallel with either the FTD remote viewing work, the Project Blue Book activities, or both (or neither).  One thing that the timeline and the appearance of that common MJ-12 “philosophy” tells us is that all of those stories were created much earlier than when the public first received them through Ufologists Moore, Pratt and others.

In his efforts to bolster the information found in Collin’s Exempt From Disclosure (a 2006 self-published book about UFOs and aliens by former Air Force Intelligence Officer Robert Collins), Bruce Maccabee let slip a tiny detail in comments he made about the book – he stated that he received details directly from an Ernie Kellerstrass (retired Air Force Lt Colonel) that only a year later was finally made public in the form of the “MJ-12” disclosures, and provided by allegedly “anonymous” sources.

In order to determine the truth of Ernie Kellerstrass’ claims, and to better understand potential connections with the Field Training Detachment (FTD) remote viewing research, in 2009 we decided to make contact with the elusive “Dale Graff” – that “guy in the office” who was supposedly telling Ernie Kellerstrass stories about EBE (extra-terrestrial biological entity), a book that detailed aliens visiting during the time of Christ, and more.

Prior to my discussions with him in 2007, Dale Graff had just recently moved, so it took a few email exchanges to hammer out a good day and time for a conversation.  However, Dale responded positively to my initial inquiry for a phone interview to discuss his remote viewing work at FTD in the 1970’s and his recent work and books on consciousness .

I hoped to learn more about this mysterious man who is often quoted as a source by Robert Collins (in his book) and the “Aviary” folks (Dr. Christopher Green, Dr. Harold Puthoff, and others), but remains a silent background character who has virtually little (if any) involvement in the UFO arena.

Preparing for The Dale Graff Interview

Dale Graff is currently retired, but actively working with a research group on consciousness studies and “dreams.”  (As of 2019 he was a speaker at the PSI Conference that year).

I contacted Dale on Sept 9, 2007 via email, and a few days later I received a polite and cordial response from Dale that he would be more than happy to discuss topics for a possible interview with me.

Dale had the pleasure of working under Tony (Anthony) Cacciopo, so he enjoyed access to many of the Blue Book investigations, and for a short period sat in the room where the “red phone” was while waiting for his clearances to pass for the FTD remote viewing research project.

Dale now conducts his own private research in the area of psychic phenomenon as related to dreams, and more recently short-term precognition studies.

Toward the end of our conversation, I asked Dale about his time at Wright Patterson working at FTD on the AF Remote Viewing research projects.  I asked  him specifically about the claims that were made by Ernie Kellerstrass in his interview with Bruce Maccabee (and his claims made to Bob Collins as well).  The following transcript is from my scribbled short-hand notes that I kept during the phone interview.

Important Note: Unfortunately, after I let it slip to Bob Collins, Kit Green, and Hal Puthoff that I was in contact with Dale Graff, Dale informed me that “someone” had warned him off from talking with us.  After a few more emails, I stopped hearing from Dale Graff completely.  This was unfortunate, because I personally liked Dale a great deal.  He was one of the first authentic and truly “nice” people that I’ve ever met in the course of my own investigations into the Ufology and paranormal community. I will greatly miss the potentially fascinating and interesting discussions we could have continued having.

After further investigation, I learned that the likely person who advised Graff to stop talking with me was Hal Puthoff. I assume this is due to my past skeptical coverage of his past research.

I’ve highlighted a few of the critical points that took place at the end of our phone conversation below.

Ryan:   Dale – there was a book written in 2005 by Bob Collins called Exempt from Disclosure…

Dale: Yes – I know Bob and he did work at FTD when I was there.  I left FTD in 1981 and I’m almost certain I met him there and met him off and on a few times.  We’ve exchanged some letters at one time (during the time before emails).  I’ve talked to him and know a little bit about him but don’t know this latest book.

Ryan: Well, some of the latest information that is in there has some claims that go back to one of his core sources – Ernie Kellerstrass…

Dale: Ahh yes – I know Ernie quite well.  I used to work for him!  He was at one time, for about a year, he was my division chief (branch chief) so I had a professional working relationship with Colonel Ernie Kellerstrass.

Ernie and I had some very long discussions over the years, usually after duty because we didn’t want anyone to know we were talking about any of this stuff.

Dale (almost choking):   I have no idea where all that came from?!  That is absolutely not true!

Ryan: Right…that’s why I wanted to get in touch with you to see if any of those claims were at all true?

Dale : NO WAY [laugh]…I’ve always been open minded and have always had a strong interest in ET life and any evidence whatsoever of UFO’s and crafts and the real story behind Roswell, Hanger 18 and all that….but if somebody said that I told anybody that I ever said I have seen an alien craft at Wright Patterson AFB, or anywhere at all , that’s an incorrect statement.  I’ve NEVER made that statement to anyone.  I’ve never even seen a UFO!

Ryan: Why do you think they would make up these kinds of stories…?

Dale: One of the reasons Bob Collins and I departed ways a little bit – he was saying things, even back in the 80’s, that sounded like he was pushing our conversations in a direction which we weren’t even at, or making statements and I don’t know where he got any of that from…

There was a lot of speculation going on, and I think this thing about yellow book…there were always different colored documents going around that signified different levels of clearance, some blue, pink, yellow – content was usually some operational project that was very sensitive, but nothing to do with some secret files of a crashed UFO or whatever he’s talking about.  I don’t know what he’s talking about, but it’s certainly nothing that I’ve ever said!

Ryan: So most of these talks with Ernie were just hypothesizing what the phenomenon could possibly be?

Ryan: Do you think there’s any reason Ernie would make up any of this about you?

[Removed some private comments about Ernie at Dale’s request]

Dale:   …I was always guarded with our discussions.  He (Ernie) was a very helpful individual and very supportive, but it wasn’t really well known in the organization that I was involved in the Remote Viewing research.  I happened to be assigned to his group for a certain time…it was classified so some of the stuff I couldn’t even share with him.

Because it was such a political hot potato – only a few people in the organization were allowed to be read into the project, and I think at one point I had a lot of meetings, about once a month, with the chief scientist (Dr. Cacciopo).  He came in mostly from the psychological side – he was very interested in the topic and just wanted personal updates, and there were times I’d be in his office late at night and we were just shooting the breeze discussing the phenomenon of remote viewing – the source of it – the kind of things we’re discussing here.  I don’t even remember having any discussions with Cacciopo about UFO’s!

Ryan: If anyone had ever said you and Cacciopo had gone to a number of high level classified meetings, would those meetings most likely have been related to the Remote Viewing research that you were involved with at the time?

Based on some of the descriptions about Ernie, the odds aren’t looking too good for Kellerstrass.

From Bob Collins (in his book):

“Ernie was a short pudgy type of person who always seemed to have a menacing, intimidating attitude typical of AF Colonels of the time, yet full of fear and paranoia when talking about UFOs, MJ-12 and aliens, always saying that someone else had told him those stories.”

Hal Puthoff on Ernie Kellerstrass (in an email to me in 2007 after already learning about my interview with Dale Graff):

“Met him only once, in the ’80’s, so memory is vague.  Friendly host  for our mtg.  Certainly convinced of the ET presence because of firsthand exposure to at least one event.  Bruce Maccabee’s “Hawk Tales” captures his claims in detail.  Difficulty in assessing his viewpoints is that Dale  Graff, whose opinion I value after having known him as my contract monitor for ~  a decade, first at FTD, then DIA, claimed Ernie exaggerates.  Don’t know if  this is the truth, or if Dale is dissembling.”

Bob Collins tells a number of amazing tales in his book, Exempt From Disclosure, regarding Ernie’s valiant efforts throughout the MJ-12 affair and throughout the 1980’s to impress upon certain TV producers the “legitimacy” of sources and to create intrigue surrounding his story about UFOs and aliens.

Who is the mysteriouis Ernie Kellerstrass? Why has he gotten away with hiding in the shadows behind Bob Collins and Rick Doty for so many years – never taking the fall when the story falls apart?  Does the story really start with Ernie?  Or is Ernie just another believer – whose mind became captured by the stories that he was “fed” back in the late 1970’s?  If so – where did the stories actually come from, and who really created them? Who fed Ernie these outlandish tales that never seem to come with evidence? Or did Ernie make them all up himself?

Believers would probably answer with the age old stereotypical cliche – the Air Force.  However, those who’ve been following along with this plot and with the characters, behaviors, and ultimately the profits enjoyed by many of those who’ve hid in the background all of these years – the answer seems far less complicated and much less esoteric than certain people would like you to think.

Editor’s Note: This article was previously published at RealityUncovered.com, which no longer operates. The original author was Ryan Dube