Does Meat Cause Cancer? The Surprising Answer 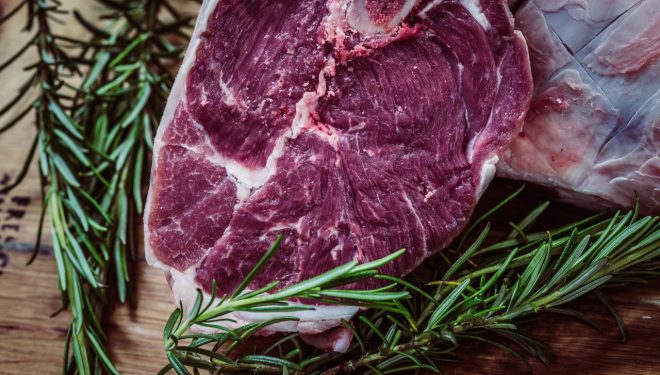 You may have seen a few documentaries or read some health articles around the detrimental health effects of meat. But does meat cause cancer?

I should state unequivocably that this is not a vegan article. While we certainly don’t hate animals, the goal of this article is not to get people to stop killing animals for food.

The goal of this article, as with most of our research, is to rip aside the mystery, cover-up, or disinformation surrounding meat. It is to answer once and for all whether evidence truly shows a link between meat and cancer.

The Claims That Meat Causes Cancer

Countless vegan documentaries cite the claim that meat causes cancer. One of the most popular documentaries is What the Health, a documentary created by Kip Anderson to detail his own investigation into the meat industry.

Much of Kip’s commentary was downright goofy, which is probably just a natural personality trait of his. He was also ridiculously over-dramatic – repeatedly saying that eating meat or drinking milk is “as bad as smoking cigarettes”.

However, the core elements that drive his eventual conclusions that he’d been lied to his entire life about the health benefits of eating meat and dairy include:

There were lots of interviews with other doctors and experts who all essentially confirmed the general findings of The China Study by Dr. Colin Campbell.

But before we get to the truth about whether meat causes cancer, let’s look at whether anyone has successfully debunked either What the Health or The China Study.

The China Study: Under Attack? Not Really.

One of the things Dr. Colin Campbell has on his side of the ring when it comes to doing battle with his detractors is that he has a lifetime of research under his belt and insane credentials to back it.

He is the Jacob Gould Schurman Professor Emeritus of Nutritional Biochemistry at Cornell University, with 70 grant-years and 300 research papers to support his findings.

The China Study itself was the end result of a 20-year effort in partnership with Cornell University, Oxford University, and the Chinese Academy of Preventive Medicine.

In other words, if you’re going to step up to take on Dr. Campbell, you better have a solid understanding of epidemiological research and firm grasp of biochemistry.

A Google Search of anyone out there who has “debunked” the China Study turns up a web page by a Chris Kresser, a “Certified Functional Health Coach” running a health coaching clinic in Las Vegas, Nevada.

On his About Page, he doesn’t list his educational credentials, he describes himself as:

“Chris Kresser, M.S., L.Ac., is a renowned expert, leading clinician, and top educator in the fields of Functional Medicine and ancestral health, and the New York Times-bestselling author of The Paleo Cure.”

He is essentially a promoter of the Paleo Diet fad, which includes lean meats and fish, as well as fruits, vegetables, nuts and seeds. The bottom line is that his very livelihood and the success of his business which promotes the Paleo diet depends on Dr. Colin Campbell being wrong.

His article was tagged with “Fact Checked”, so I assumed someone must have fully researched Denise’s expertise and background (surely she must have a PhD in epidemiology) and found her to be a credible adversary of Dr. Campbell.

Even Weston Price, a “non-profit, tax-exempt charity founded in 1999 to disseminate the research of nutritional pioneer Dr. Weston Price” quoted Denise’s article as proof that The China Study was “debunked”.

Intrigued, we followed the trail over to Denise’s blog and found her article titled “Tuoli: China’s Mysterious Milk Drinkers“.

This is a fairly old article published in 2010 where Minger believed she had identified one meat-eating province in China that Dr. Campbell had allegedly “ignored” due to his anti-meat bias and his alleged intent to skew his study findings.

Her research and write-up was persuasive, and led me to search for whether anyone had followed up on this.

But before that, I wanted to confirm the credentials of this worthy adversary of Dr. Campbell’s. On her About page, I discovered a decidedly young-looking Denise Minger — and first assumed she must have been a prodigy to have obtained a PhD and achieved the status of accomplished epidemiological researcher at such a young age.

However, upon reading the page, I ended up reading a diatribe against the “traditional school system”, and that:

“…for people who are self-motivated, have the time and resources for independent study, and aren’t learning a hands-on trade—that degree-earning is not only nonessential, but can even be a barrier to objective thinking.”

Wow. Okay, so I scanned the rest of the page to discover if she had any sort of credentials that would lead Chris Kresser and many others across the web, to cite her as an epidemiological expert who’s findings could stand against Dr. Campbell’s expertise.

Finally, I found it. An English Major.

To my surprise, I discovered that Dr. Campbell actually responded to this oft-quoted page by Denise Minger.

I will leave you to read his response in full (it’s several pages long, filled with epidemiological lingo), but one paragraph that probably hit the hardest was the following:

“There are different ways of using univariate correlations in a database like this. It is not that these correlations are useless and should be ignored. Rather, it is a question of using them intelligently. By this, I mean first adjusting these correlations for confounding factors (if and when possible) then examining the individual variables of the correlations for authenticity. Depending on the reliability of these correlations, they may be used to guide whether a hypothetical, cause-effect model, perhaps having preliminary evidence of biological plausibility, is on the right track. The most critical expertise needed for their use is knowing the underlying biology, which is so often missing among trained statisticians.”

In fact, an actual cancer epidemiologist responded directly on Denise’s blog and gave her a very long lesson on the difference between correlation and causation — and exactly why Dr. Campbell’s research outlined in The China Study avoided major epidemiological pitfalls like the one Minger made in her article.

“Your analysis is completely OVER-SIMPLIFIED. Every good
epidemiologist/statistician will tell you that a correlation does NOT
equal an association. By running a series of correlations, you’ve
merely pointed out linear, non-directional, and unadjusted
relationships between two factors. I suggest you pick up a basic
biostatistics book, download a free copy of R (an open-source
statistical software program), and learn how to analyze data
properly.”

As of 2019, Minger continues in her efforts to take down Dr. Campbell – and apparently, according to some commentators, also removes responses from scientific researchers who refute her work.

Some day, when there’s more time, we may take more time to dig into what may be motivating Minger to spend almost 10 years on this particular endeavor.

I should also note that another listing can be found in top Google listings “debunking” “The China Study, That is What “The China Study” Gets Wrong About Vegan Diets“. This article is written by Dave Asprey, the founder of the Bulletproof Diet fad (there seems to be a pattern here…).

In a nutshell, he claims the only reason meat can be tied to cancer is because of spoilage, mold contamination, and high-heat cooking. And he cites Minger as a “source”. Enough said.

What the Health Criticism

Okay so accepting that the claim in The China Study that meat does cause cancer is completely valid, what about the sound “debunking” received by the documentary What the Health?

There were two notable articles doing just that.

The first was published by Time Magazine in 2017, in an article by Alexandra Sifferlin titled “What You Should Know about the Pro-Vegan Netflix Film ‘What the Health’“

This Time article takes the following issues with the documentary:

The Time article actually confirmed the bulk of the more astonishing findings Kip revealed in his documentary.

That is that there’s overwhelming evidence that meat causes cancer, and some evidence that dairy causes cancer. Time also confirmed the unsavory relationships between food industry companies and organizations like the American Diabetes Association.

The second article was published on Vox in April 2018 by author Julia Belluz, titled “Debunking What the Health, the buzzy new documentary that wants you to be vegan“.

I won’t go into a lot of detail about this article because it seemed to have been mostly written by paraphrasing much of the earlier Time article, with most of the article not “debunking” that cancer or dairy causes cancer, but instead only debating how badly it can cause cancer.

It’s a debate over the risk, not the lack of risk.

Does Meat Cause Cancer?

If you believe the depth of research that went into both the WHO finding, and Dr. Campbell’s 70+ year research partially outlined in The China Study, it seems like a truth that is irresponsible to ignore.

If you don’t want to take Dr. Campbell’s word for it, you could review just a few of the following research that also confirms his findings.

So, it’s up to you. You can take your health advice from promoters of fad diets who make their living on your continued belief that meat is health to eat and an armchair researcher with an English degree, or from credentialed experts and major research organizations unbiased by food industry funding. Your choice.

We suggest going with the experts.