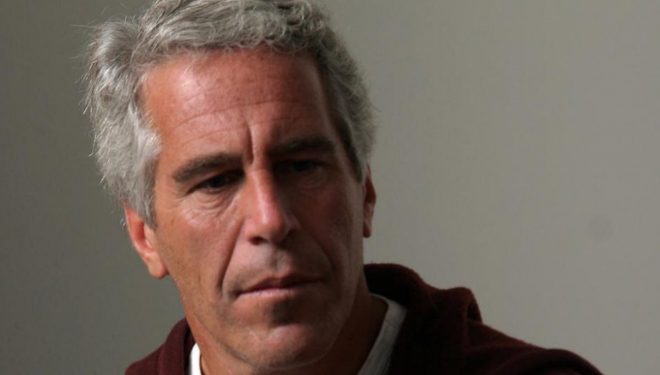 By now, you’ve probably heard the phrase “Epstein didn’t kill himself” on social media, on talk shows, or anywhere else.

Oddly enough, until Epstein was arrested in 2019, few people knew a whole lot about him. However, once he died in jail, Epstein conspiracy theories have blossomed all across the internet.

Consider this article a guide for newbie’s to the Epstein conspiracy. You’ll learn who Epstein was, what the whole drama is about, and why you should care.

Who Was Jeffrey Epstein?

According to Town & Country Magazine, which did a full expose on Jeffrey Epstein in 2020, Epstein started out as a math teacher at Dalton School in New York City.

Somehow, in the 70s, he landed a job with Bear Stearns bank, until he eventually founded his own financial firm, J. Epstein and Company in 1982.

Here’s where things get strange.

He operated his company out of the U.S. Virgin Islands. He donated massive sums of money to various causes. Somehow, from 1982 up until his death in 2020, he had amassed a small fortune of over half a billion dollars according to his will.

How he amassed that fortune from 1982 through the day of his arrest in July 2019 remains a point of mystery.

Epstein’s Wealth Is a Mystery – Sort Of

The reason there are so many conspiracies circulating around the web concerning Epstein is because no one knows where his money came from.

What did Epstein do after leaving Bear Stearns? One clue might be how and why Epstein left Bear Stearns in the first place.

According to Steven Hoffenberg, the CEO at Towers Financial Corporation who hired Epstein after Bear Stearns, Epstein had been forced to leave Bear Stearns because he’d stolen money using his expense account.

Hoffenberg was later convicted and sentenced to 20 years in prison.

Epstein moved on to his next big fish. None other than Les Wexner, the owner of Victoria Secret and Ambercrombie and Fitch. According to Wexner, Epstein had “misapporpriated” over $46 million of Wexner’s funds.

It appears, by most accounts, that Epstein acquired much of his later wealth by investing his stolen wealth into property investments. He even purchased Little Saint James, a private island in the Virgin Islands.

In 2005, a 14 year old girl’s stepmother reported to police in Palm Beach, Florida, that Epstein had paid her 14 year old stepdaughter $300 to strip and then give him a massage.

Epstein was charged in 2006 with unlawful acts with a minor, but managed to strike a plea deal in 2008 and avoided serious jail time , when he pled guilty only to two charges of soliciting prostitution – in one charge, with a minor. He was forced to register as a sex offender in Florida and served only an 18 month sentence.

While he might have got off light, this event at least attracted the interest of the FBI. Over the 11 months the feds dug into Epstein’s activities, it became obvious that the 14 year old wasn’t the only young girl Epstein had solicited for inappropriate activities.

The FBI discovered there were numerous girls he and his girlfriend Ghislaine, Maxwell had approached over the years, many under 18 years old.

Virginia Giuffre, one of the accusers, reported in her deposition released in 2020 that not only Epstein had taken part in the abuse. She stated:

“Ghislaine Maxwell [is] the one who abused me on a regular basis. She’s the one that procured me, told me what to do, trained me as a sex slave, abused me physically, abused me mentally. She’s the one who I believe, in my heart of hearts, deserves to come forward and have justice happen to her more than anybody. Being a woman, it’s disgusting.”

While Maxwell denies the allegations, prosecutors, using evidence gathered by the FBI, say she helped Epstein “groom” girls as young as 14.

According to Town and Country Magazine, even after he’d been forced to register as a sex offender in Florida, Epstein’s social circle included some very influential names.

Many conspiracy theorists believe it’s no coincidence that Epstein died in prison. The odds are pretty good that he knew about (or helped set up) some very inappropriate activity for some people in high places.

The woman in the photo is Chauntea Davis, is one of the accusers against Epstein, and said she was in fact one of his victims.

However, she did tell reporters that aboard this particular flight, Clinton was “a perfect gentleman”.

Another of Epstein’s accusers, only identified as Jane Doe, claimed both Epstein and Maxwell were grooming and sexually abusing her since she was 13 years old.

Doe said that Epstein had introduced her to Donald Trump at Mar-A-Lago, asking Trump, “This is a good one, right?” However, Doe’s lawsuit, nor the claims of any other of Epstein’s accusers, say that Trump was ever involved in Epstein’s activities.

In fact, according to CNBC, Trump banned Jeffrey Epstein from the Mar-a-Lago club for hitting on one of the club member’s teenage daughters.

However, one of the most damning evidence may come from Prince Andrew, who accuser Giuffre said in her testimony in 2011 “knows the truth” about Epstein’s abuse of under-aged girls.

She claimed in a December 2014 court filing that she was forced to have sex with Prince Andrew, as well as other of Epstein’s friends.

Was Epstein Working For the Government?

One thing that prosecutors have made clear is that despite Epstein’s death, the truth will eventually come out. Not only about Epstein’s activities, but also those who aided his efforts, and took part in those activities as well.

Lawyers for the accusers want the value of Epstein’s entire estate divvied up and awarded to his victims.

One thing is true: If the accusations are true, and if the activity went on for as long as it did, that kind of financial award is the least the courts can do for the victims.

Other big names may also be dragged through the mud while it’s all over.

But the most shocking issue is this:

Over 12 years ago, Alexander Acosta was the U.S. Attorney for South Florida. He’d cut the plea deal with Epstein to avoid serious jail time.

Investigative journalist for The Daily Beast, while digging into that deal, wrote:

He’d cut the non-prosecution deal with one of Epstein’s attorneys because he had “been told” to back off, that Epstein was above his pay grade. “I was told Epstein ‘belonged to intelligence’ and to leave it alone,” he told his interviewers in the Trump transition, who evidently thought that was a sufficient answer and went ahead and hired Acosta. (The Labor Department had no comment when asked about this.)

It is well known that intelligence communities around the world make use of female field agents to capture targets in compromising situations. They then use photos or other captured evidence as a way to extort the victim to do their bidding.

Epstein was grooming underage girls for this kind of intelligence activity is a very deep rabbit hole with every little existing evidence to support it.

But if true, everyone’s next question would clearly be – which intelligence agency? Who were the targets? And is this kind of activity still going on elsewhere in the name of state intelligence?

Even if there are answers surrounding the accusations against Epstein, there may never be answers to these last questions.