John Alexander: Mr Non-Lethal with Hands in Many Pots 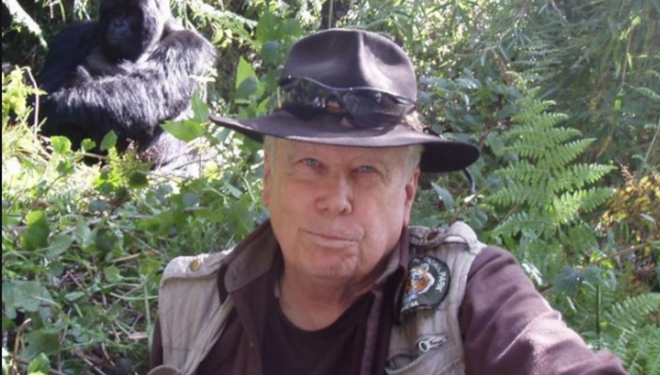 John B. Alexander. Who is this man? Many people have heard of him in different capacities and within different contexts.

Some are aware of his technical work in the field of non-lethal weapons – in fact, he is a man who has been deeply involved within the military-industrial complex for many years.

Others know of him from his very early days in the U.S. Army from 1956 through 1988, when he finally retired as a Colonel.

The man is no slouch – he even served time in Vietnam leading Special Forces teams. After the war was over, he worked his way up through the ranks until his last position as the Director at the Advanced systems Concepts Office under General Stubblebine.

As many people know, the Ufologist who was the original victim (or collaborator) of an elaborate effort to distribute MJ-12 documents upon the Ufology community was Bill Moore.

Bill Moore eventually reported the names of all of his contacts during those MJ-12 years (1980s) in the form of his “Aviary” list of contacts. John Alexander was one of those contacts.

Once John Alexander retired from military/government work, he began his work at Los Alamos National Laboratory.

At Los Alamos, Alexander began his work on Non-Lethal Defense technologies. He maintained contractual connections with government agencies, attended conferences and conducted briefings or talks for various U.S. Government and Intelligence organizations as well as collaborating and heading up various research endeavors with organizations throughout Industry and Academia.

His non-lethal technology work is very public. He has written articles in The Boston Globe and the Washington Post, and his work has been featured in publications like Scientific American, Wired and TV programs like CNN and Dateline.

Now that you have an idea of the man’s public life, it’s time to dig deeper and explore into the man’s private endeavors that many people in the general public don’t know a whole lot about.

John Alexander was listed by Bill Moore and others as a “U.S. Intelligence Contact” throughout the mid and late 1980s. Coincidentally, the public release of MJ-12 perfectly coincided with the military/government retirements of most of these men.

What other evidence is there regarding the specifics of Alexander’s involvement with Ufologists during the mid to late 1980’s?

Once again, Bob Collin’s book Exempt from Disclosure leaks more information into the public domain that was previously unknown, or at least very obscure.

Alexander has always had a direct connection to the parapsychology research programs going on within the military at the time. In particular, John Alexander worked under General Albert “Bert” Stubblebine III within INSCOM – looking for ways to improve the psychic performance of the military remote viewers.

In fact, according to “Remote Viewers: The Secret History of America’s Psychic Spies”, by Jim Schnabel, Stubblebine signed contracts with the Monroe Institute to test various hypnosis techniques to enhance remote viewer’s performance.

When Paranormal Research Ends in Disaster

In 1984, General Stubblebine sent an officer to the Monroe Institute for another “RV enhancement” test.

According to one of our sources, the technique that the Monroe institute applied to this particular officer was one where all stimuli was removed from the environment.

Clothes were removed and lights and sounds were all eliminated, leaving the officer stark naked in a pitch-black room. The event led to the officer having a psychotic breakdown, and finally Stubblebine’s “retirement” in 1984.

Stubblebine has gone on, in his retirement, to support various other conspiracy theories, not the least of which is that a missile, rather than an airplane, hit the Pentagon. Despite all evidence to the contrary.

We’re talking about a man, now featured in the major motion film “The Men Who Stare at Goats” as repeatedly attempting to walk through a wall, only to collide with it. We confirmed with several sources that this really took place.

What does all of this have to do with Ufology? Well, psychic phenomenon was not all Stubblebine or Alexander were interested in.

In 1991, years after his retirement, Stubblebine, C.B. Scott Jones, and two Ufologists – Victoria Lacas and Rima Laibow (who later became his second wife) – traveled throughout Europe and the Soviet Union conducting research (and making contacts) into UFO and Psychic phenomenon there.

Later, Stubblebine and his new wife Rima held “spoon-bending” parties for their elite friends and colleagues.

How much was Alexander involved with Stubblebine and C.B. Scott Jones in all of this research?

In the 1990’s, John went on to work part-time for Bigelow-funded National Institute for Discovery Science (NIDS), alongside the usual fringe-research folks – Hal Puthoff, Kit Green, Kolm Kelleher and others.

One of his contacts was also none other than Gordon Novel (featured above), who we’ve covered in great detail.

On Page 8 of Exempt from Disclosure, under a section titled “Summits without the cocktails, the fall of 1986,” Collins writes:

“Ernie Kellerstrass had Bill Moore, Jaime Shandera, Hal Puthoff, Col. John Alexander (author of the book, Future War), Scott Jones (assistant for Senator Pell), and I over to his house in Beavercreek, OH (suburb of Dayton OH) for dinner. All of our meetings were very somber with most of us lookin like stiffs right out of an “X-Files” show.”

At the time, Alexander was not yet retired, and still actively working on classified remote viewing work while taking part in these private UFO meetings.

Given the ongoing activities in Ufology, up to 2005 and beyond, of many of the individuals listed in this paragraph by Collins, we thought that it might likely John Alexander is also still involved and active in the field of Ufology as well.

So, in 2010, we decided to go straight to the horse’s mouth and ask John Alexander directly about these matters. His responses were interesting. The interesting part was more in what he chose not to answer, rather than what he answered.

Ryan: On Page 8 of Exempt from Disclosure, Collins writes: “[pasted quote above]” – Could you describe why you agreed to take part in this “summit without the cocktails” in 1986, with personalities like Kellerstrass and Ufologists Bill Moore and Jaime Shandera?

John: Don’t understand the question or context. Did meet him once. Certainly no summit.

Ryan: The context was a meeting in 1986 at Ernie Kellerstrass’ house in Beavercreek, Ohio – apparently to discuss some of Ernie’s stories related to UFOs. Again – could you describe why you agreed to meet with Ernie to discuss the topic? Did a friend invite you, or did Ernie himself?

John: Not sure – that was over 20 years ago and not of a great deal of importance.

Ryan: I know that you were involved (are involved) with non-lethal research, and back then it was just about a year or so from your military retirement and entry into private research. Your interest and involvement in the PSI field is well-documented (such as in your book and in the movie) – but I’m trying to understand why you were interested in UFOs and if there was some connection to your PSI work?

Ryan: On page 9, Collins describes a cloak and dagger operation where the members of the group he just outlined all traveled individually to meet with Executive Producer Seligman (the person who eventually produced “Cover Up Live” featuring Collins and Doty) in Dayton, OH at a secluded State Park. Did you take part in this operation to brief Seligman, and if so, why were you specifically involved and what did information did you plan to share with the Executive Producer?

Ryan: On page 11, Collins describes yet another meeting in September of 1988 where everyone met in Albuquerque, NM to conduct interviews for the 1988 UFO show. Were you specifically interviewed by the producers of that show either at the Albuquerque interviews or at any other time or place? If so, can you share what information you provided to the producers and why?

Ryan: Throughout the years, Collins consistently refers to a secret “Los Alamos” source who discusses UFO/Alien matters with him. Are you that source, and why?

Ryan: On November 3rd, 2009, your wife, Victoria Alexander, wrote a review for the movie “The Men who Stare at Goats.” In that review she writes: “John was formerly with the U.S. Army Intelligence & Security Command (INSCOM) under Major General Albert Stubblebine.” We’ve learned that previous to Bert’s retirement, the last incident that led to his departure was related to a case at the Monroe Institute where he subjected an officer to a particular treatment meant to increase psychic ability (we were told it was the removal of all stimuli) which drove the officer into a psychotic state.

Were these events taking place while you were working for Stubblebine – and can you share more details about the event and how it impacted your own personal beliefs and research related to PSI effects?

John: Yes, Pat [the subject] was not wound too tight to begin with. TMI was a step too far for him, and he had missed the examination process that all of the other attendees went through. He recovered just fine. Bert didn’t, but that’s another story. Recommend you read The Warrior’s Edge. Most of the stuff I wrote in that book.

I admit – the interview felt like it was a bit “lacking” in substance or openness. John was evasive and ignored a number of the questions – in a few cases the most important ones with supporting evidence.

John ignored the importance of that 1986 meeting that Collins described as involving the group of people Moore eventually identified as his list of contacts throughout the MJ-12 affair. The fact that Alexander was on that list, and here he was meeting with other folks related to the topic of UFOs, is very likely not lost on our more discerning readers.