The Strange World of Back Engineered UFO Technology 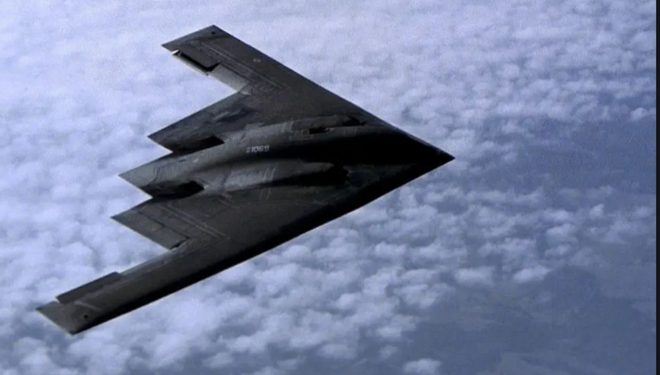 The world of reverse engineering is indeed a strange one. It’s a landscape of claims and counter claims. Fantastic stories and skeptical analysis. The characters are legendary and the truth elusive.

One constant is the proposition that DARPA may be the agency responsible for any advances in the technology.  While DARPA does have a hand in a lot of advances in technology, they only push projects forward – they don’t do the work.

As noted by Nicholas Evans in Military Gadgets:

“…airplane, tank, radar, jet engine, helicopter, electronic computer, stealth technology and internet, none of these that transformed warfare in the 20 and 21st century owed their initial development to the military but were accelerated into service by DARPA.”

And they work with a limited budget.

A quick look at the DOD fiscal 2020 budget report shows the research budget for DARPA at a little less than 3.5 billion per year. NASA had a 22.6 billion per year operating budget of which the shuttle takes a third.

Back to the characters.

In 1987, Robert Lazar shocked the world when he went on television claiming to have been part of an operation that worked on alien technology. Lazar said that the government has possession of at least nine alien spacecraft at a base called S-4.

He claimed EG&G hired him to help reverse engineer the technology in the alien craft for use in U.S. military vehicles and power production. In the process, he discovered a rusty, heavy substance he called “Element 115” that powered the alien spacecraft.

Lazar explained how the atomic element 115 (or ununpentium (Uup)) served as a nuclear fuel for the propulsion of the alien craft. Element 115 provided an energy source which would produce anti-gravity under particulate bombardment.

As the intense strong nuclear force field of element 115’s nucleus was properly amplified, the resulting effect would be a distortion of the surrounding gravitational field. A vehicle producing this distortion could alter its own relation to the space around it, allowing it to dramatically shorten the distance between itself and its destination.

Lazar speculated that element 115’s probable absence on Earth was due to the fact that the supernovae in Earth’s region of the galaxy were insufficiently massive to produce nuclei of this density. He postulated that other parts of the universe could be richer in this element.  Lazar indicated stocks of the element 115 were a gift from an off-planet civilization to be used as fuel for our own spacecraft.

In 2004, a team of American and Russian scientists succeeded in producing element 115 as an unstable isotope, confirming the existence of such an atom, however the real isotope has virtually none of the critical qualities Lazar describes.

Ultimately, there is no evidence to support Lazar’s claims.

Even Stanton Freidman, usually a Ufology proponent of such stories, debunked Lazar – revealing how Lazar’s claim that he holds Masters degrees from CalTech and MIT is false because there’s no evidence he ever even attended either University.

Multiple academic Physicists and Engineers reviewed the alleged propulsion system described by Robert Lazar and found it to be bogus. Two examples are Professor of Engineering George D. Hathaway’s analysis , and a Physical Review by Edward Halereqicz in 2008 where he wrore:

“Overall, it is revealed that a great number of Lazar’s ‘scientific explanations’ are critically flawed.”

In 1997 Philip Corso shook the UFO community with his book The Day After Roswell (co-author William J. Birnes) relating how he stewarded extraterrestrial artifacts recovered from a crash at Roswell, New Mexico, in 1947.

According to Corso, a covert government group was assembled under the leadership of the first Director of Central Intelligence, Adm. Roscoe H. Hillenkoetter. Among its tasks was to collect all information on off-planet technology.

Kevlar was actually invented in 1965 in a DuPont lab by chemist Stephanie Kwolek, who invented the liquid crystalline that could be spun into fabric.

He also said the Strategic Defense Initiative (SDI), or “Star Wars”, was meant to achieve the destructive capacity of electronic guidance systems of incoming enemy warheads, as well as the disablement of enemy spacecraft, including those from extraterrestrial origin.

Corso claimed that different parts of the Roswell craft were sent to various defense companies, who reverse engineered their properties and that this engineering feat eventually led to a number of breakthroughs.

Among these included integrated circuitry, night vision equipment, the laser, particle beams, and fibre optics. These claims have not been independently verified (in fact, the real history of the development of many of these technologies do not support his claims in any way) and the according to Corso, contractors reverse engineering the technologies were told that the parts were stolen from Russia.

In the end, Corso’s stories also turned out to be riddled with holes and outright untruths. An article in the Klass Files reports a litany of holes, including the following:

“On page 197, Corso–who served as a commander of an Army anti-aircraft missile contingent in Germany–says that the Army’s Hawk anti-aircraft weapon is a “heat-seeking missile” for its terminal guidance. The Hawk is a radar-guided missile. The book claims that “the American public first heard about the existence of Stealth [aircraft] technology in President Jimmy Carter’s campaign against President Ford in 1976.” The first limited disclosure of the new B-2 stealth bomber did not come until four years later during the Carter-Reagan campaign.”

In Tom Mahood’s review of Corso’s book, he wrote:

“He’s certainly had a pretty decent career, so why sully it with this UFO
biz?  Much of what he writes is checkable (and what I’ve checked comes
up lacking), so if he’s making it up he’s gotta know he’s going down.
Is it some sort of “disinformation”?  Many will say it is, but I don’t
know.  Honestly, I’m not completely sure just what to make of it.  I
know it’s not the truth, that he’s likley a loon, but beyond that….”

Next up is Richard Boylan, who said:

“At this time, I am aware of the existence of ten kinds of special-technology advanced aerospace platforms [mil-speak for craft], all incorporating antigravity technology in some form.”

The TR3-B Craft – Anti-Gravity? Not Quite – Boylan Gets It Wrong

Of those craft listed by Boylan, the most fantastic and relevant to the field of UFOlogy is the TR3-B “Astra”, which is allegedly a large triangular anti-gravity craft within the U.S. fleet.

The alleged “TR3-B” is the claimed code name for what witnesses have seen – the very large triangular-shaped re-entry vehicle “with anti-gravity.”

It’s what the November [2000] issue of Popular Mechanics identified as the Lenticular Reentry Vehicle, a nuclear-powered flying saucer – the first version of which allegedly went operational in 1962, [the version which Popular Mechanics illustrated.]

Black projects defense industry alleged insider Edgar Rothschild Fouche wrote about the existence of the TR3-B in his book, Alien Rapture . He claimed an anonymous ex-NSA informant, “Z”, also confirmed that the TR3-B is operational.

Fouche claimed that the TR-3B generates an intense magnetic field that reduces its weight by 89 percent.

He says that the TR-3B does not have an antigravity propulsion system, but merely uses the Biefeld-Brown effect to reduce its weight so that more conventional propulsion systems such as scramjets can give it amazing speed.

However, others point out that the effect has been attributed to ionic wind and has been shown to not work in a vacuum, thus eliminating any alleged “antigravity” effects.

Another compelling real-world technology that is often utilized in the telling of alien reverse-engineering tales is the field of morphing metals.

Take this quote by Anna McGowan, program manager at NASA’s Langley Research Centre (LaRC), “This is technology that most people aren’t aware even exists.”

The team working on the Morphing Project at LaRC have been testing materials with highly unusual properties. These include materials which have the ability to bend on command, “sense” pressure, transform from liquid to solid when placed in a magnetic field and shape-memory polymers.

The primary shape memory materials in use are alloys like Nitinol, which have the stiffness of steel but can return to its previous shape when heat is applied, the original shape having been ‘trained’ into the alloy.

Perhaps more incredibly, the Science team were working on “intrinsically smart” materials which can perform self-diagnosis and self-repair. By understanding the characteristics of these materials at the molecular level, “designer smart” materials will be developed for future application in a number of fields – not the least aerospace – where we might see the development of distributed self-assessment throughout the wings and body of craft with self-repair properties.

The “self-healing” materials are human-made (not alien made) of long-chain molecules called ionomers which react to penetration, such as a bullet, by closing behind it. The implications of this technology for space flight are tremendous.

The new shape-changing process is based on a flat sheet of beryllium copper alloy. Stress within it is manipulated using forming tools to bend, coil or twist the material.

Imagine seeing a bullet shot through a sheet of material, only to have the material instantly “heal” behind the bullet!

Remember, this is not science fiction. Self-healing materials actually exist, and LaRC scientists are working to unravel their secrets.

“What we did at NASA-Langley was basically dissect that material to answer the question, ‘how does it do that?’ By doing so, we can actually get down to computational modeling of these materials at the molecular level. Once we understand the material’s behavior at that level, then we can create designer ‘smart’ materials.”

It seems clear that the technology that’s referenced in these tales are not part of any sort of “reverse engineering” efforts, but instead they are simply fanciful tales.

Does DARPA have a hand in any of this? Philip Corso, Robert Lazar and Richard Boylan have all made attempts at convincing followers of Ufology that our latest technologies do, in fact, come from the stars – despite the fact that each of these technologies have verified histories (and actual human inventors) that prove otherwise.

Do these fraudulent stories mean that we should disbelieve all stories related to the existence of odd flying triangles in our skies? I’ve personally seen one fly right over my head – and seeing is believing.

However, there is no fast, hard evidence to support any of these reverse engineering tales, but what the stories do generate are more questions than answers – that is, questions about the creators of these tales and their motives for doing so.

Editor’s Note: This article was republished from RealityUncovered, which is no longer active. It was written by forum user “Keith”.