What Is a Hoax and How to Debunk One 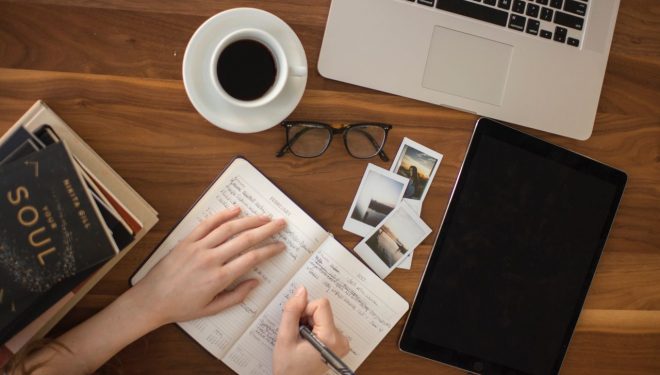 If you’ve spent any amount of time online, you’ve likely come across one or two pieces of false information. A hoax, if you will.

But what is a hoax, exactly? How do you identify one and prove that it’s false (debunk it).

A hoax is defined as “a humorous or malicious deception”. More specifically, it’s a fabricated story that someone is presenting as the truth. There is typically some devious intent behind the creation of most hoaxes.

The internet has made it extremely easy to check out a hoax, if you’re willing to take the time to do your homework (most people aren’t).

I started actively investigating hoaxes in 2006, when a silly story about a human-alien exchange program landed in Ufology forums. Since then, I launched TopSecretWriters to help people see through the fog and get to the truth about countless other online hoaxes.

A Guide: How to Check Out a Hoax

I’ve decided to republish this quick guide that I had written on a now-defunct website years ago. I’ve updated it with the trick and resources I’ve gained over the years.

If you’ve never investigated a hoax before, I’d like to share a little bit of what you’re in for.

There’s an entire underground community of con artists and fraudsters who use the Internet to launch, distribute and promote various hoaxes.

Hoaxes online stem from any of the following potential sources:

However, the Internet isn’t the only tool con artists use. These people are the equivalent of the conmen (and women) that you’ll find in the city, who wait around bus stops and tourist attractions for the unsuspecting tourist – and then launch into a long story about their need for assistance.

In the end, the tourist is left without a wallet – or worse, with an empty bank account.

The following four-step process can protect any potential victim, whether it’s a corporate millionaire looking to invest in cutting-edge technology proposals, or a regular Internet user just digging into the background behind some online claims. The approach in every case is the essentially the same.

Whenever you’re approached by someone, whether it’s online or in real life, who presents themselves as officially representing an agency or organization, always ask for evidence.

Once you’re presented with the evidence, don’t take it at face value. Anyone can fake an I.D.  Every legitimate identification badge or card will have either/or a phone number, email, or address of the agency or organization the person is with.

Record the person’s badge or ID number, and also note the agency contact information. Finally, until you’ve verified that the source is who they say they are – assume they are not.

Yes, this means if an FBI agent knocks on your door and wants to chat, you better get his ID and immediately jump on the phone to your local FBI headquarters to confirm that they sent out an agent.

Someone email you, claiming to be with the FBI, CIA or Air Force? Ask for their identification and call the PR office of that organization to verify.

Never deal with anonymous sources. Most fraudsters and conmen use anonymous identities (Qanon anyone?), because there’s no way for you to verify they are who they say they are.

At this stage, if you’ve confirmed that con artist isn’t who they say they are, you can report them to the authorities and have them arrested for falsely representing themselves. Lying about being a federal agent is a serious crime.

Second, if you are not the one in direct contact with the “source,” and the person who is in direct contact isn’t very diligent about verifying either identifying features or the story itself – then you can do so.

By confirming individual parts of the original story are false, you’re successfully disassembling the hoax. After a while, the overwhelming evidence against it will convince most critical-minded observers that the entire story is fabricated.

What is a hoax? It’s a carefully crafted story comprised of bits and pieces that you can slowly strip away. Take away the foundation, and the whole thing falls.

Remember, if it walks like a duck and quacks like a duck – odds are, it’s a duck. This process lies at the very heart of how to check out a hoax.

Step #3: Use Caution, Logic and Reason to Guide You

The more outrageous the claim, the more caution you should use.

If a con artist stops you on the street and claims they were mugged at knife point, beat up, and had all of their money stolen –  logically you should ask, why is there not a single bruise or scratch on them?

This is a very simple example of critical thinking, and it’s “critical” that you use them! Use your head – if it doesn’t make sense, it probably is fabricated.

And if the story is completely outrageous, concerning some elaborate story and involving elements that may be impossible to verify, back away very slowly from the perp and then run.

Step #4: Think With Your Mind, Not Your Heart

A larger version of such a scam would be a person approaching you with an alleged technology claim. They may say that the science that backs the technology is supported by advanced physics, hoping that since you aren’t a physicist, you won’t know what questions to ask.

Even if they can produce a physicist who is willing to say that the technology is possible – you need to go back to step #1 and step #2. Identify the source (the physicist) and verify their legitimacy.

Don’t throw away millions of dollars for a pipe dream – filling the bank accounts of scientific fraudsters (and there are many). Use common sense.

Ultimately, what checking out a hoax involves is the ability to step back from the drama and emotion of a situation or discussion, and to take a look at the cold, hard facts.

Don’t become emotionally invested in the answer, because if you do, you won’t be able to remain honest with yourself when you don’t find the answer that you wanted to find.

However, even if you never find the answer – you can be proud that you stayed true to yourself, and you followed the process of careful verification to the letter.  Doing so will save you a fortune, in more ways than one.

Given the clear indications that something was going on at Wright Air Force Base during the late 1970s, possibly in parallel with either the FTD remote viewing work, the Project Blue Book activities, or both (or neither).  One thing that [...]